Thomas Tuchel to be handed a £150m transfer ‘warchest’ by Chelsea

Chelsea currently have a number of centre-forward options at their disposal.

All of Timo Werner, Tammy Abraham, Olivier Giroud and Kai Havertz (as a false nine) can occupy the central spot in the Blues’ attack.

However, there are also question marks over all of those players at present.

Giroud, who is out of contract in the summer, does not seem to have much of a future at Stamford Bridge, with Abraham’s lack of game-time under Tuchel also pointing towards an exit.

This leaves just Werner and Havertz, with the latter not a natural goalscorer, and Werner having seriously struggled for consistency during his stint in England thus far.

So, when the summer window rolls around, signing a centre-forward does seem like a priority, especially if Abraham is sold and Giroud leaves on a free.

And, a recent report from the Sun suggests that Chelsea are going to be eyeing reinforcements up top in the summer window.

The report claims that Thomas Tuchel, who the Chelsea board are said to be delighted with, it to be handed a £150m ‘warchest’ by the Blues.

It is added that a proven goalscorer is seen as a priority for the Londoners, with the names of both Erling Haaland and Romelu Lukaku mentioned by the Sun as potential targets.

Neither player looks set to come cheap though. It was reported in April that Inter would want £102m for the Belgian, whilst Borussia Dortmund would reportedly demand about £154m for Haaland this year. 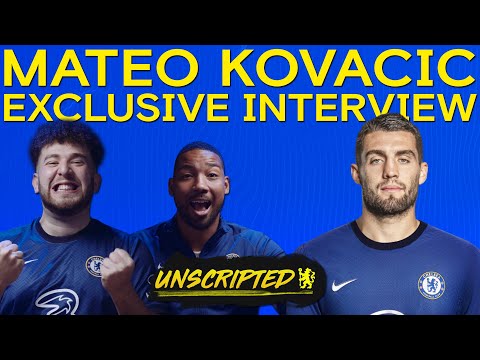 Welcome to Chelsea Unscripted. A show made for the fans and by the fans.…

Alvaro Gonzalez's confidences on his nervousness and motivation