The world of fashion and that of football have never stopped coming together over the years, the opportunity for us to present our top 10 sneakers inspired by football boots.

Football as a way of life, everywhere and all the time. It’s a bit like the idea that has emerged in the minds of equipment manufacturers in recent years. It must be said that in addition to dominating the football market, Nike, adidas and Puma are even more powerful in the lifestyle. It is for this reason that they launched collections combining these two worlds with tracksuits but also sneakers directly inspired by the most famous pairs of crampons. It was in 2014 that Nike started the trend by unveiling the Free Mercurial Superfly, inspired by the Mercurial Superfly 4 released for the World Cup in Brazil. The other big brands have since adapted by presenting their different silos in the form of sneakers that we will present to you.

To adapt the legendary Puma King to everyday footwear, the German supplier has teamed up with Los Angeles-based streetwear brand RHUDE. The kings shoe is one of the most iconic pairs of crampons in history and Puma has taken this concept to make it sneakers featuring a leather upper with stitching inspired by the original 1968 King worn. by Eusebio. There is also a rather particular tongue paying homage to the folding tongues of the time. The color remains very classic and does not depart from the King’s tradition with black and white. 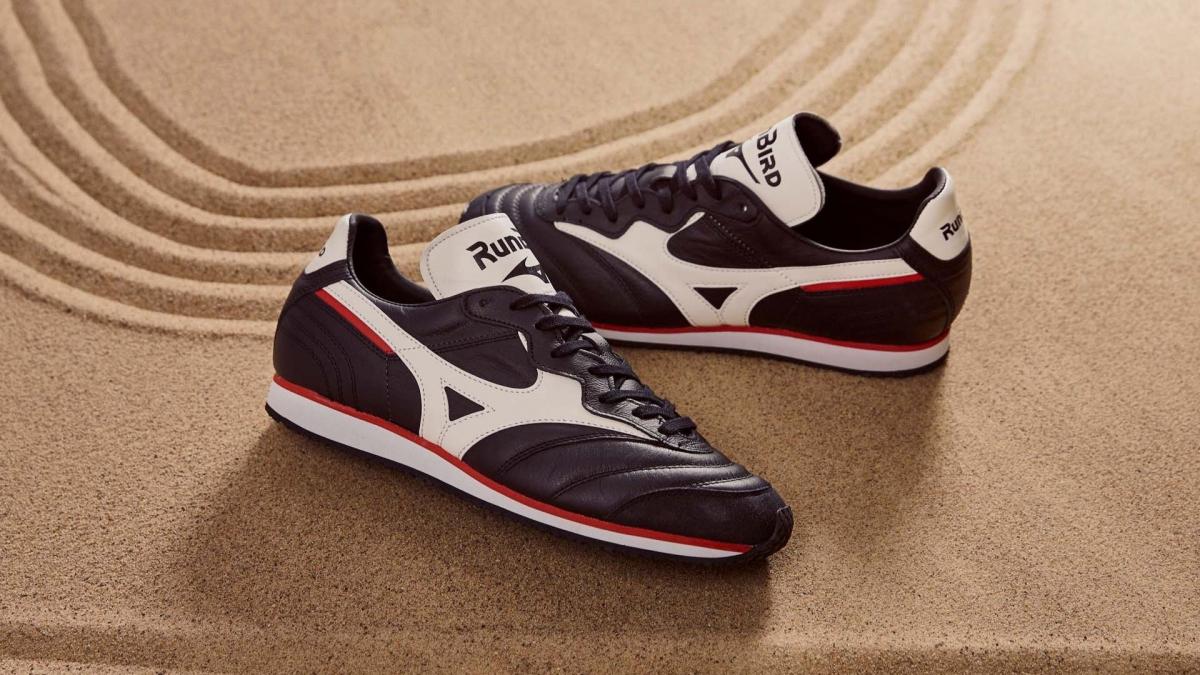 To celebrate 35 years of the Morelia launched in 1985, Mizuno unveiled a pair of sneakers mixing the class of its pairs of crampons with an authentic outsole. We find Japanese know-how on this pair with a high-end kangaroo leather and handmade finishes. The silhouette of this pair is obviously reminiscent of a classic pair of crampons. The fairly substantial tongue is also reminiscent of those that were present on football boots of yesteryear. 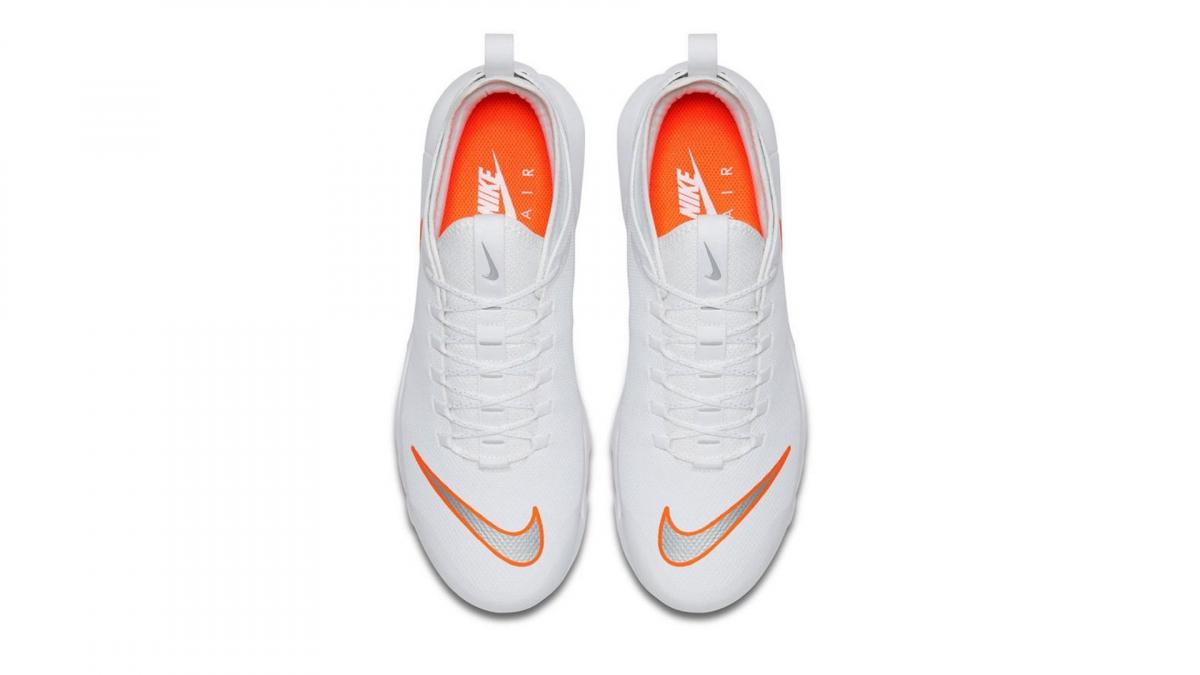 When two icons meet, it usually gives beautiful things and this is absolutely the case between the Mercurial and the TN. The ultimate streetwear pair is subtly inspired by the speed shoe to bring a new stylistic touch. Here, the influence of the Mercurial is especially felt at the visual level with a Nike comma voluntarily enlarged whereas it is usually small on the TN. The technologies used on the Mercurial have not been transferred to this pair which is also commonly called “sharks”. 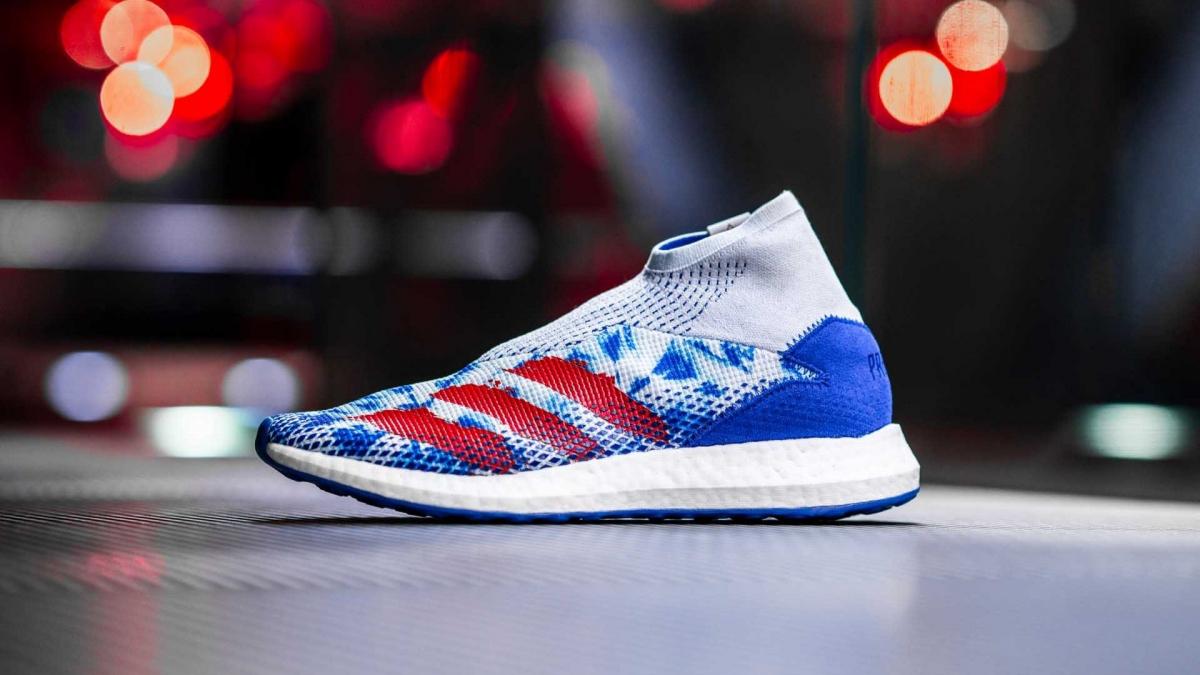 Inspired by the legendary silo worn by David Beckham and Zinédine Zidane in the 2000s, this pair of Predator Mutator.1 TR unveiled in October 2020 with the Human Race collection was designed by Pharell Williams. We therefore find a silhouette similar to the Predator Mutator with a design without laces, which is quite rare for lifestyle shoes. At the level of the sole, we will note the presence of technology Boost which is the hallmark of the German brand’s running shoes. The pair comes especially in retro Manchester United and Arsenal colourways from the 1990s. 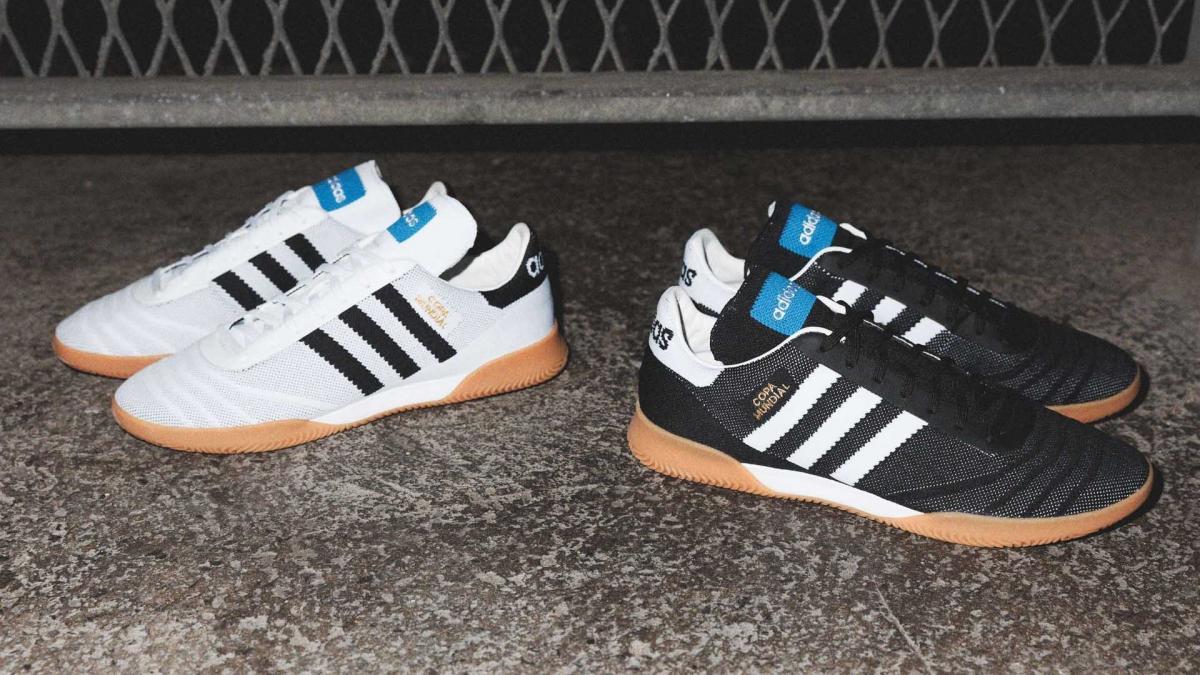 To celebrate its 70th anniversary in 2019, adidas has transformed its most legendary pair of shoes into a pair of lifestyle shoes. The German brand has modernized its oldest silo in a sneaker version. So, no kangaroo leather but rather a Primeknit upper. The silhouette is still very close to the original Copa unveiled at the 1982 Spanish World Cup. There is also a rubber outsole. We will also note a touch of blue on the large tongue, a nod to the first Copa Mundial. This pair of sneakers exists in colors where black and white are reversed. 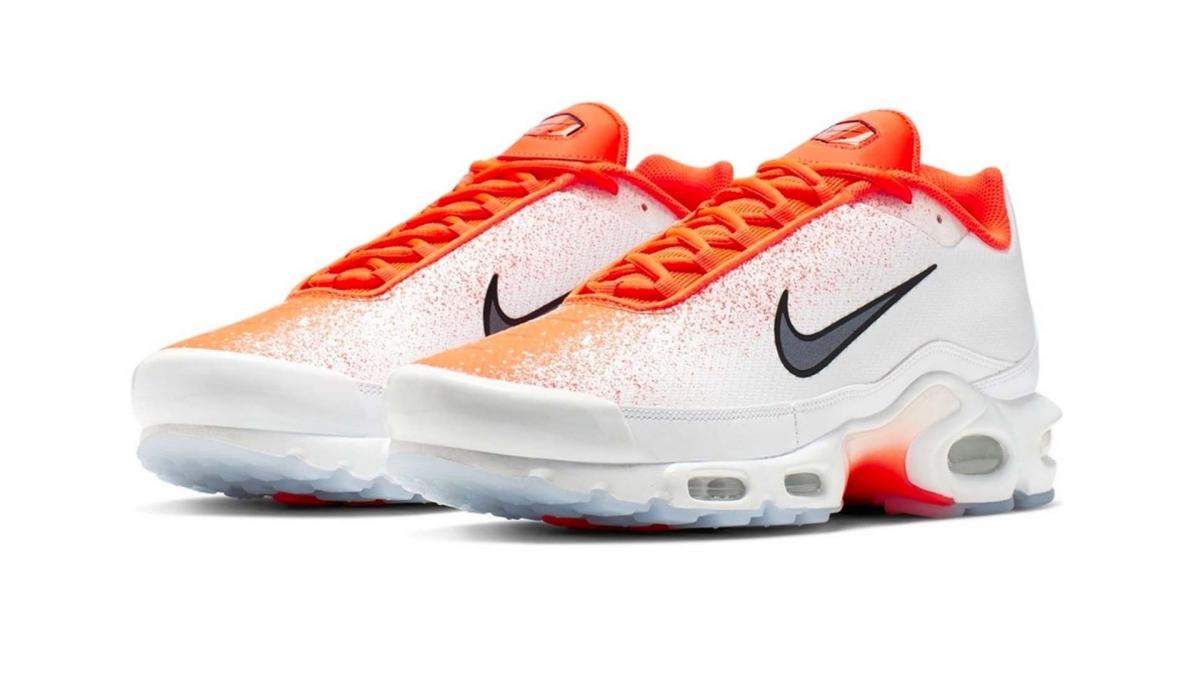 On the occasion of the release of the Euphoria pack, Nike unveiled two pairs of Air Max Plus in the same colors as the Mercurial. The Air Max Plus has been one of the most popular shoes in the world since its release in 1998, like the Mercurial, and pairing it with it could only be a hit. The upper part has been adapted to reinforce the Mercurial side with the presence of a mesh upper and enlarged commas compared to the usual Air Max Plus models. In a very summery look, this pair of sneakers is revealed in red-white and blue-white shades. 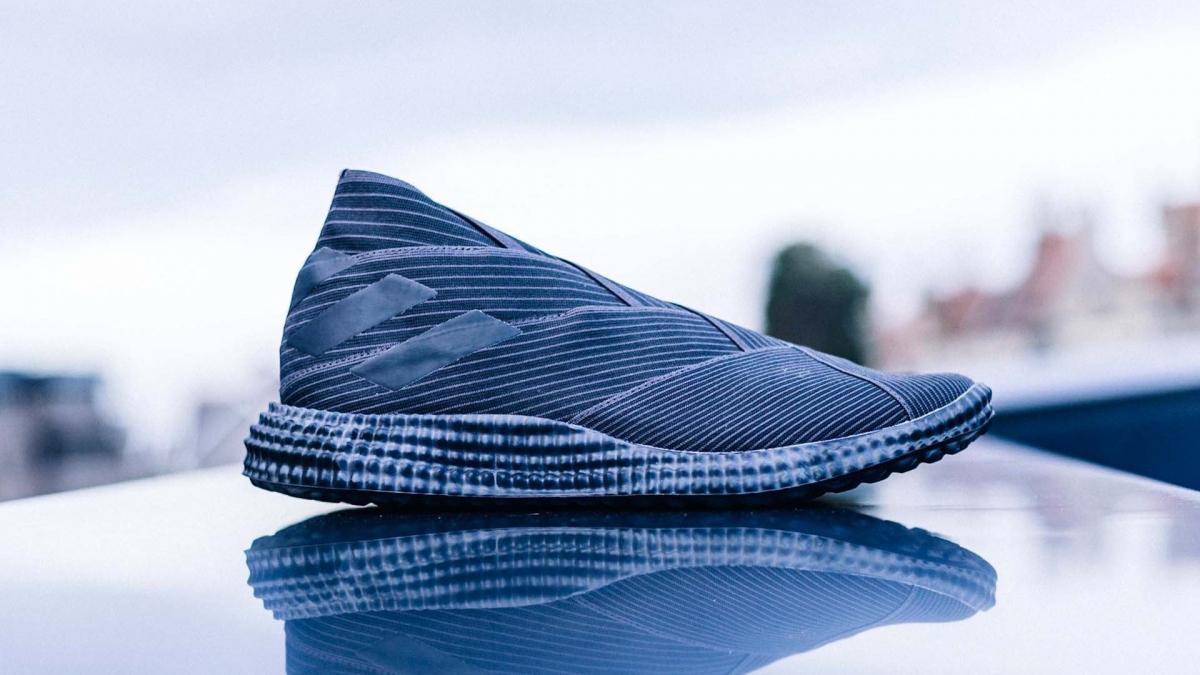 After seeing adidas transform the legendary Predator into lifestyle shoes, here is Lionel Messi’s Nemeziz adapted in sneaker mode. With a unique design on the grounds used to make the pair of sneakers, the Nemeziz is totally out of the ordinary in everyday life. The pair are unorthodox with their spectacular figure where laces have no place. We find the textile upper Tension Tape which wraps the foot and wraps the ankle for support and freedom of movement. The EVA plastic outsole completes this pair first unveiled in blue and black-red colors. One thing is certain, adidas did not miss its shot, these sneakers have the same DNA as the Nemeziz worn in the biggest football stadiums. 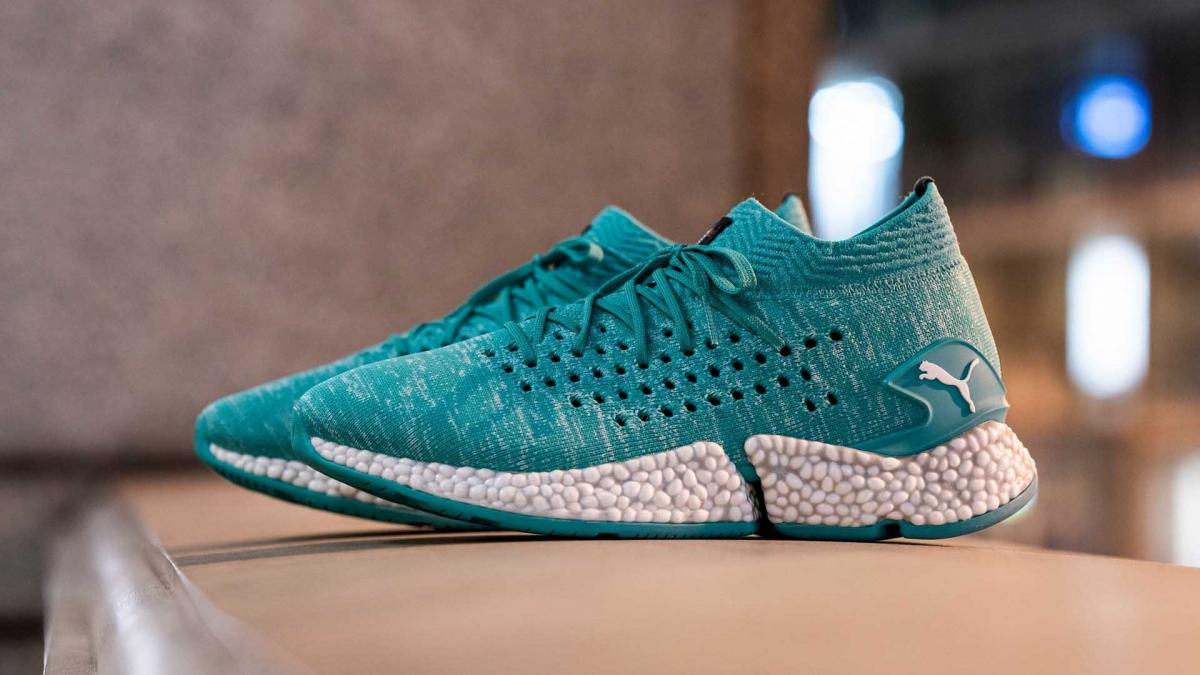 The Future Orbiter sneaker is a transformation of the Future 4.1 football boot which was worn by Luis Suarez or Marco Reus at the time. Unveiled in November 2019 in the colorway of the Winterized pack, the pair of lifestyle shoes have Thinsulate insulation to keep feet warm. At the level of the rod, we find the famous evoKNIT PRO with technology NETFIT 3.0 which offers a customizable fit and freedom of movement. Finally, the outsole is covered with rubber for optimized grip and durability. 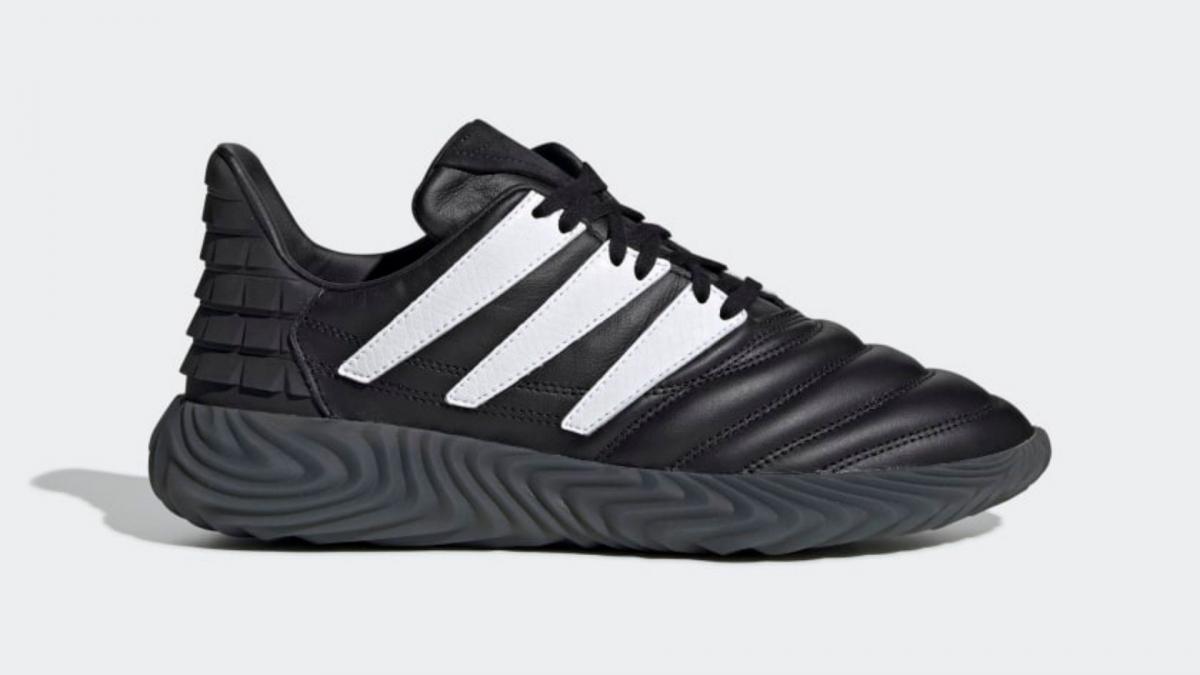 Paying homage to a true classic that revolutionized football boots, the adidas Sobakov reveals itself as a 1994 Predator, which is quite simply the first Predator in history. To push the authenticity side to the limit, leather was preferred to the suede usually chosen on the Sobakovs which had already paid tribute to the Accelerator and the Precision respectively released in 1998 and 2000. We thus find an almost identical but modernized design. with a black background, the three white bands in the diagonal and the famous rubber scales placed only at the level of the heel since the pair would undoubtedly have taken a blow in terms of aesthetics with scales on the vamp. We will also note a lightweight outsole designed with EVA 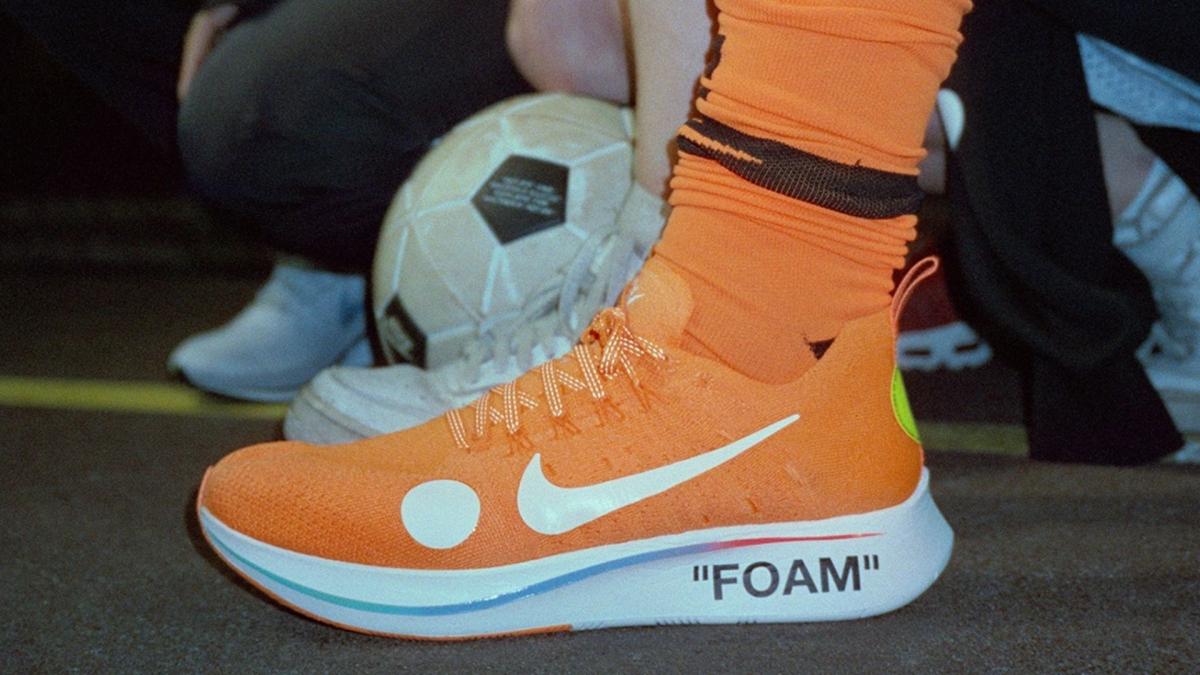 During the summer of 2018 for the World Cup in Russia, Virgil Abloh, renowned stylist and artistic director, collaborated with Nike for a flashy rendering. Certain pairs of crampons mark the World Cup and this is the case of the Mercurial 360 which will have marked the Russian World Cup. The Zoom Fly Mercurial Flyknit takes up the concepts of the pair of crampons with an upper in Flyknit and the Off-White design notably worn by Kylian Mbappé. These characteristics of the pair of crampons are combined with the Zoom Fly’s running midsole for a truly successful fusion of fashion and football.

As you can see, the equipment manufacturers have decided to break down the barriers between fashion and football by offering more and more sneakers inspired by the most popular pairs of crampons. This democratization of sneakers in the world of football goes hand in hand with the idea of ​​clubs, players and equipment manufacturers to push marketing ever further. It remains to be seen what the next steps will be!

Report: Levy has made crucial transfer decision and Spurs fans will absolutely love it

Lucas Hernandez will ‘be on the bench’ for France tonight