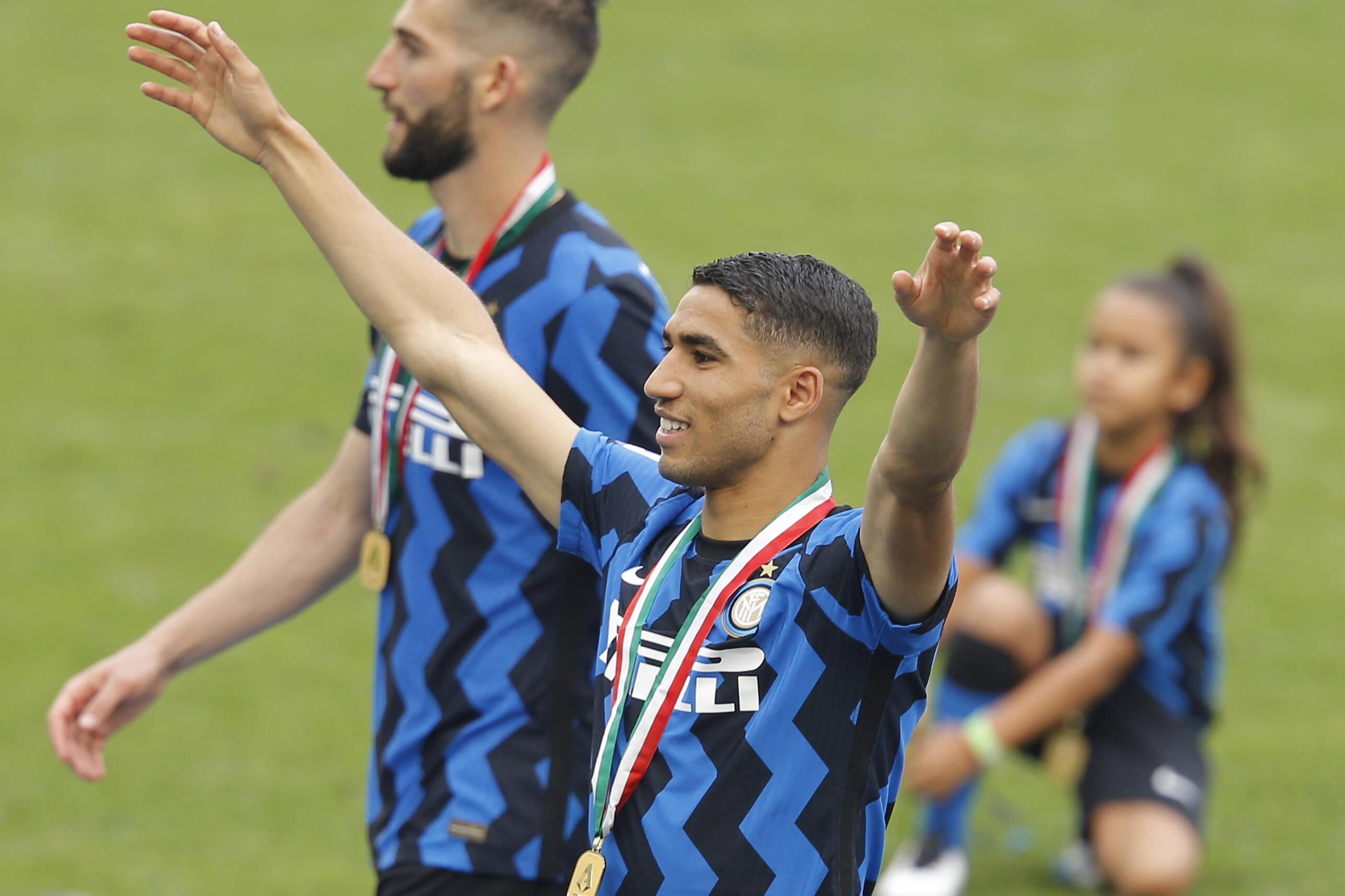 Paris Saint-Germain have reached a verbal agreement with Achraf Hakimi over a summer move but will now have to convince Inter Milan to sanction the deal.

As revealed by RMC Sport, PSG are keen to land the Morocco international in the summer and have already made significant progress in securing his signature.

The Parisians have an agreement in principle with the 22-year-old right-back, but persuading the Nerazzurri to green-light the transfer could be a tricky business.

Inter forked out £36million to sign Hakimi from Real Madrid last summer on the back of the Moroccan’s outstanding two-year loan at Borussia Dortmund.

The attacking-minded right-back has quickly become one of the key figures at the Giuseppe Meazza.

Given a license to venture forward, Hakimi netted seven goals and laid on 11 assists across all competitions in 2020/21.

Despite lifting the Serie A title in his maiden season in Italy, Hakimi could be on the move in the summer due to Inter’s financial turmoil.

Although the newly-crowned Serie A champions are reluctant to part company with their prized possession, they need to raise £87m from player sales.

President Steven Zhang has recently secured a £250m loan from Oaktree Capital, but it has proved insufficient, which is likely to force the club to cash in on some of their standout performers.

In addition to Hakimi, star striker Romelu Lukaku could also depart in the summer as part of Inter’s efforts to balance the books ahead of the new season.

Meanwhile, Mauricio Pochettino is desperate to overhaul his PSG squad following a disappointing season that saw them suffer another Champions League heartache and surrender the Ligue 1 crown to Lille.

The Argentine has already decided not to sign Alessandro Florenzi permanently, with the Italian wing-back heading back to Roma following a season-long loan at the Parc des Princes.

It means Poch’s only options for the right-back position are inexperienced Colin Dagba and underperforming Thilo Kehrer.

Based on that, it is not hard to figure out how badly Pochettino needs another right-sided player to elevate the quality of his well-structured squad.

In other news: Sergio Aguero puts his move to Barcelona on hold amid Messi’s contractual uncertainty.

Ange Postecoglou identified by Celtic as alternative to Eddie Howe

Five nagging England concerns we needn’t have worried about

Kamaldeen Sulemana: Things to know about the Ghana starlet