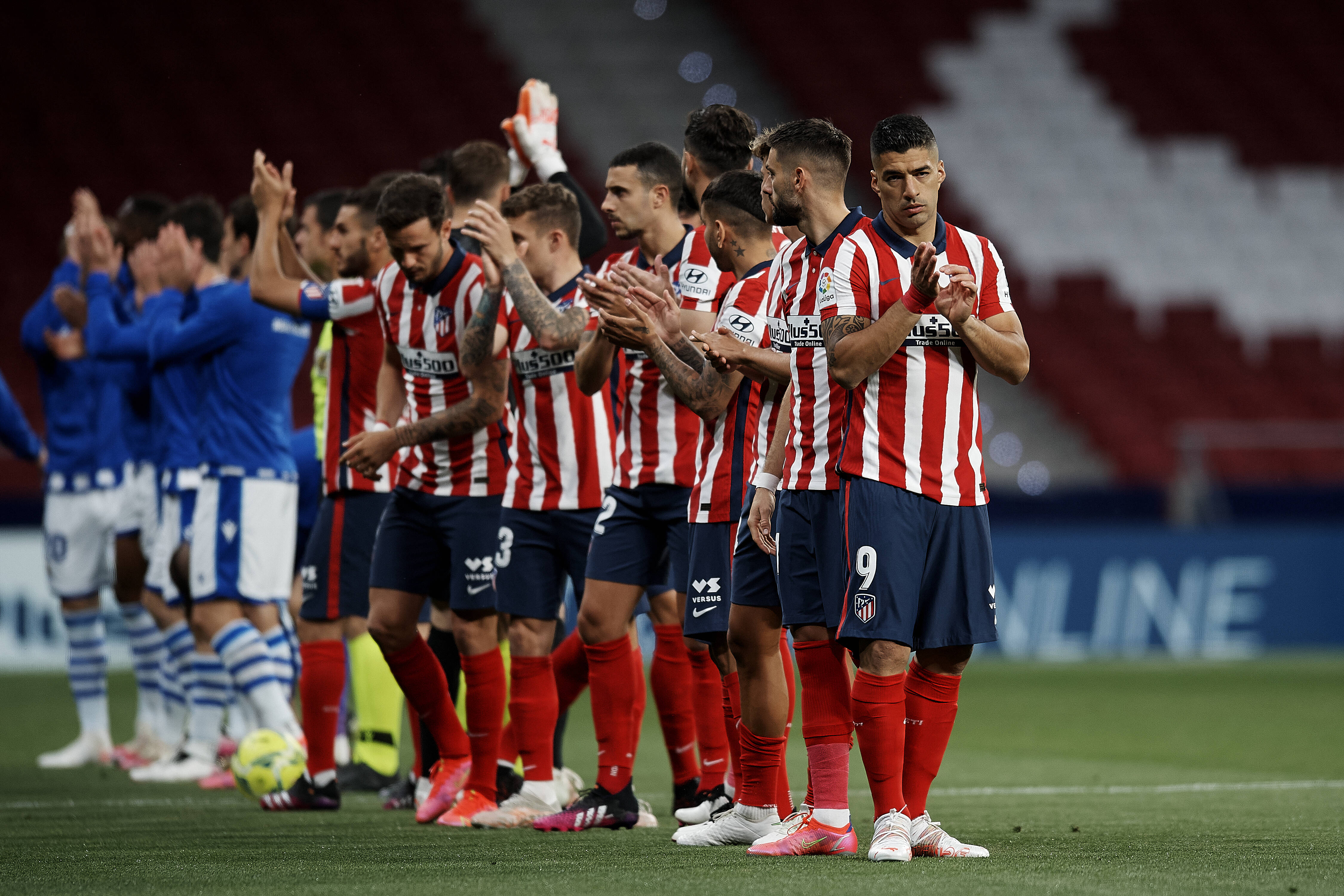 The penultimate matchday of the 2020/21 La Liga season beckons with some spicy fixtures at both ends of the table.

The keenly-contested race with two matchdays remaining leaves almost no room for dropped points as four sides have mathematical chances to win the title.

Real Madrid remain firmly in contention for the league title as a 4-1 thumping of Granada on Thursday keeps them within a two-point distance from top-placed Atletico Madrid.

Following back-to-back draws with Atletico and Levante, Barcelona are lagging four points behind Los Colchenors and seem unlikely to have any implications in the title race.

Even though the prospect of Sevilla winning the race looks far-fetched, the Andalusian giants are still sniffing around the ultimate prize.

If Atletico beat mid-table Osasuna at the Wanda Metropolitano, Barcelona and Sevilla will officially be out of the title run-in.

Diego Simeone’s men have been relentless against the Pamplona minnows lately, having won their last five La Liga showdowns by an aggregate score of 16-1.

Osasuna have failed to score in five of their last seven league visits to Atletico, so it looks to be a safe bet to suggest that Barca and Sevilla are no longer genuine title contenders.

Meanwhile, the reigning Spanish champions are the only side with decent chances of extending Atletico’s seven-year La Liga title wait.

Los Merengues face the daunting task of beating a stubborn Athletic Club side in the Basque Country to pile more pressure on cross-town rivals heading into the final weekend.

But regardless of what happens in Bilbao, the title seems likely to stay in the capital.

Barcelona talisman Lionel Messi is currently holding the top spot on the La Liga scoring leaderboard, as he looks to be waltzing off with another top-scorer award next to his name.

Messi is one goal shy of smashing a 30-goal barrier in La Liga for the fourth time in five years, which comes as a small consolation given another underwhelming season.

All of this weekend’s La Liga fixtures will be available to watch online.

How Chelsea should spend their £150m transfer budget this summer