How to properly manage a substitute status in a football team

In a football team, every player aspires to be in the starting XI. Unfortunately, a large part of them will be confined to a status of replacement on a regular basis, which is not without impact and without risk on several levels. Here are some tips to avoid common mistakes and grow out of this awkward situation.

“I’m not claiming anything here. Neither playing time, nor a specific position, it’s just that I really want to be given my chance and that I feel that there is really competition in this team. I am a competitor, a champion, it is difficult to accept this situation of being a substitute. We can accept being on the bench if we know it’s temporary and if we can change something. Otherwise, it’s like a punishment. (…) Today, I do not accept my situation, and it is normal. It would be weird and even serious to accept that ” Canted on the bench of PSG during the 2016/2017 season, Hatem Ben Arfa had expressed his fed up in a video posted on Facebook in March 2017.

Unfortunately, this was only the first signs of a resounding and memorable failure since the player, however brilliant during the previous season with OGC Nice, will be excluded from the group and will make a white season with the club of the capital in 2017 / 2018. However, there is nothing worse for a professional player than not playing a match because this leads to a loss of training and therefore to a loss of performance, to a loss of level but also to an increased risk of injury. To avoid this descent into hell, the replacement player must be extra vigilant and disciplined.

The lack of playing time obviously penalizes the substitute from a mental point of view (we will come to that shortly after) but also from a physical point of view. After the pre-season summer preparation, players are expected to be more or less at the same physical level to start the season. However, as soon as the championship begins, imbalances at the physical level will occur because some players will accumulate a lot of minutes of playing time when others will only have crumbs.

Requiring a player who has little playing time to have a direct impact during a match remains daring because it is very difficult to simulate the intensity of a competitive match in training. However, this is often what is required of the substitute who, for his part, must also be efficient if he wants more playing time. We therefore find ourselves in a situation where the snake bites its tail if the management of substitutes is not optimized by the club staff.

The priority from an athletic point of view for the substitute is to maintain exposures at high speed levels during training, which is unfortunately not always possible during collective training on D + 1. of a match because the coach must recover those who have played and there are not necessarily enough players for oppositions of 11 against 11 on a large field.

If these high speed exposures are not maintained, then the substitute risks injury when playing a competitive match because his lower body muscles (hamstrings, quads, calves) will no longer be used to a competitive match. such intensity and will therefore be untrained. This is why additional work with a physical trainer can be interesting if it is well planned and thought out in relation to the concrete work carried out by the substitute in the club because if the de-training causes injuries, it is also the case of overtraining. . But to continue to train well, it is still necessary that the mind of the substitute follows.

Maintain a high level of motivation despite the situation

“Our young people must take Olivier Giroud as an example. He’s so professional. I can’t ask for more. He’s not always on the team, but what he shows every day in training helps make the team better. “ In December 2020, Franck Lampard, then Chelsea coach, was full of praise for Olivier Giroud after his quadruple against Sevilla in the Champions League. Used to starting meetings on the bench in a club, the second highest scorer in the history of the France team is often praised for his mental capacity and his professionalism which make him very appreciable for a coach, who knows that he is will be able to count on him even if he gives him little playing time.

Olivier Giroud is indeed an example to follow for all the replacements. Knowing how to put aside your moods and continue to train seriously despite a delicate situation, often considered unfair by the player (rightly or wrongly, but that is not the question), then to perform behind is remarkable because it is particularly difficult to achieve. This is a real quality to acquire and learn. 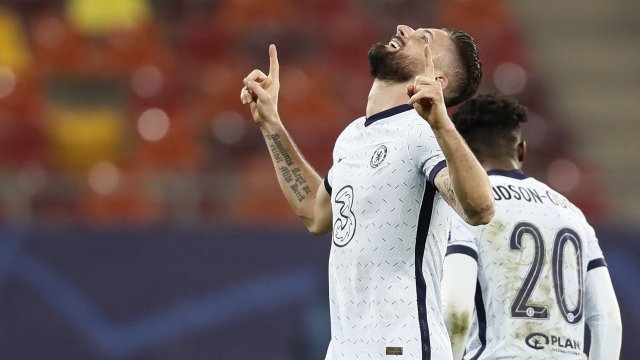 This is why more and more players are seeking mental trainers or psychologists and why some players, too preoccupied with focusing their energy on the injustice they are experiencing, never manage to reverse the situation. Once again, this feeling of injustice is legitimate but the replacement will necessarily have to work on himself, with the help of a professional or not, to be able to get out of this negative spiral.

A disgruntled and disillusioned replacement will be a player who will no longer be motivated. This is problematic since he will no longer train 100% so he will no longer use his muscles at the high level of intensity required for a match. Which, as we have already seen, will increase the risk of injury and lead to poor performance on the pitch. And if a player’s level drops, it will inevitably jeopardize his career. Demotivation therefore remains a particularly vicious and dangerous circle. 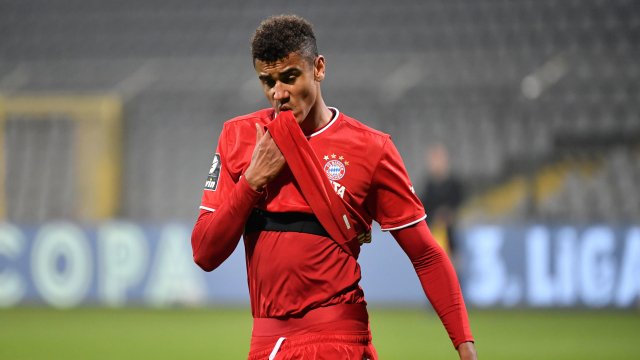 To avoid this, the player must understand what really motivates them and look for their intrinsic motivation. Or his deep motivation dictated only by himself as opposed to extrinsic motivations, which are dictated by external conditions (examples: not to disappoint his relatives and make them proud, to play to earn a better salary, to be good to be appreciated by others and to be recognized at its fair value). The idea behind intrinsic motivation is to take action unconditionally, “without a carrot”, and just out of love or passion for the task at hand.

A replacement who manages to put himself in this mental disposition but also to manage his frustration to refocus on him, on his progress and more generally on the elements which depend only on him, will give himself more chance to reverse his situation and flourish in his practice (whether he plays a lot or not). Like Abu Diaby, whose career has been marred by injuries, Olivier Giroud has testified many times in interviews how religion had helped him through difficult times and accept these situations. Knowing how to mourn your situation also remains one of the keys to moving forward and motivating yourself.

Communicate your moods without violence

When a player is in conflict with his coach because of his status, the situation can quickly escalate. Often, the first instinct of a substitute is to position himself as a victim and to have the support of those close to him, who will also take the hat off to the coach. Very often, the substitutes “go up their heads” even if it means imagining that the coach hates them without concrete proof of what they are advancing. 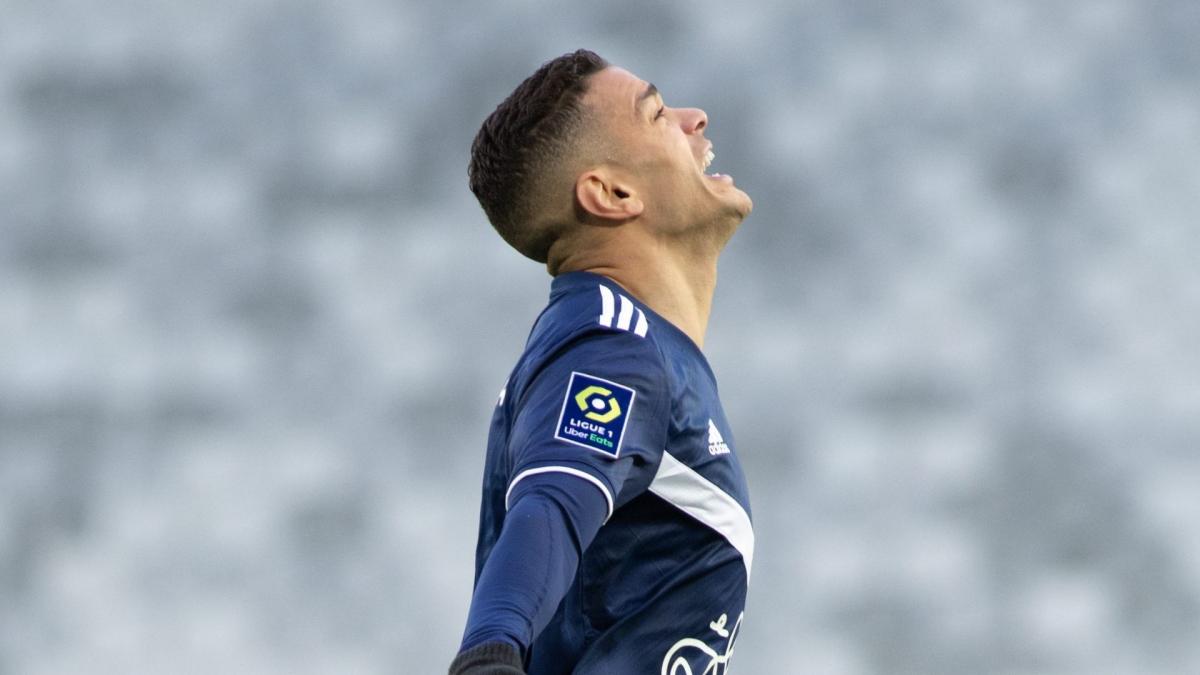 When we are entangled in this triangle, we come to play all the roles because by complaining and accusing the persecutor, the victim will himself become the persecutor or contribute to the savior being so while the persecutor of origin will become the victim. And so on. Moreover, social networks or the press are very rarely good allies in this kind of situation. This mode of communication is counterproductive and does not make it possible to resolve conflicts, which will sometimes impact, rot and weaken an entire group.

In fact, talking to your trainer is a very interesting option, provided you respect certain basics. It is not about pouring out hatred at your coach and telling him that he is incompetent but simply sharing his feelings and his needs, without animosity and judgment. 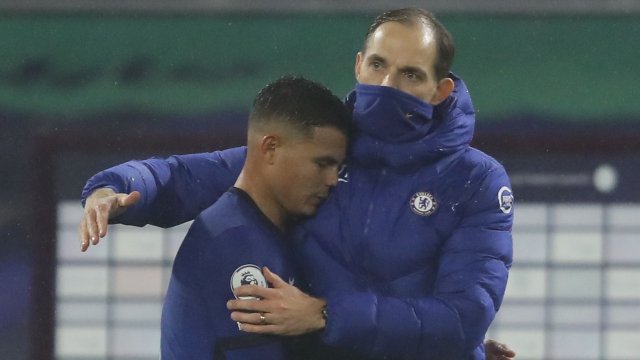 There is also a technique called “non-violent communication”, developed by the American psychologist Marshall Rosenberg. This mode of communication is based on four pillars which are: 1) observation (what situation is causing me problem?), 2) feelings (what feelings I am experiencing because of this situation), 3) needs ( what are the unmet needs (eg recognition and consideration of my coach), 4) demand (making a request to meet my unmet needs).

While nonviolent communication may not necessarily solve all problems, it does have the merit of establishing a clear, deep, direct and honest discussion that will get things done instead of making them worse. The coach has no obligation to give in to the player’s request, but he must guarantee active listening so that the player feels considered and why not find compromises to resolve the situation.

We previously mentioned the importance of keeping a high level of intensity from a physical point of view, but it is also essential to maintain a high level of cognitive activation. A player who does not play will not necessarily have many opportunities to develop a strong technical-tactical affinity with his partners. This is what the sociologist Pierre Bourdieu calls “Practical intercomprehension”, which is the ability to understand yourself spontaneously during an action.

A player who is physically fit but tactically on the street will find it difficult to gain playing time. This is why it is important for substitutes to carefully observe the matches played by their team. That they fully understand the plan and the intentions of the coach but also the habits and even the preferences of their teammates. 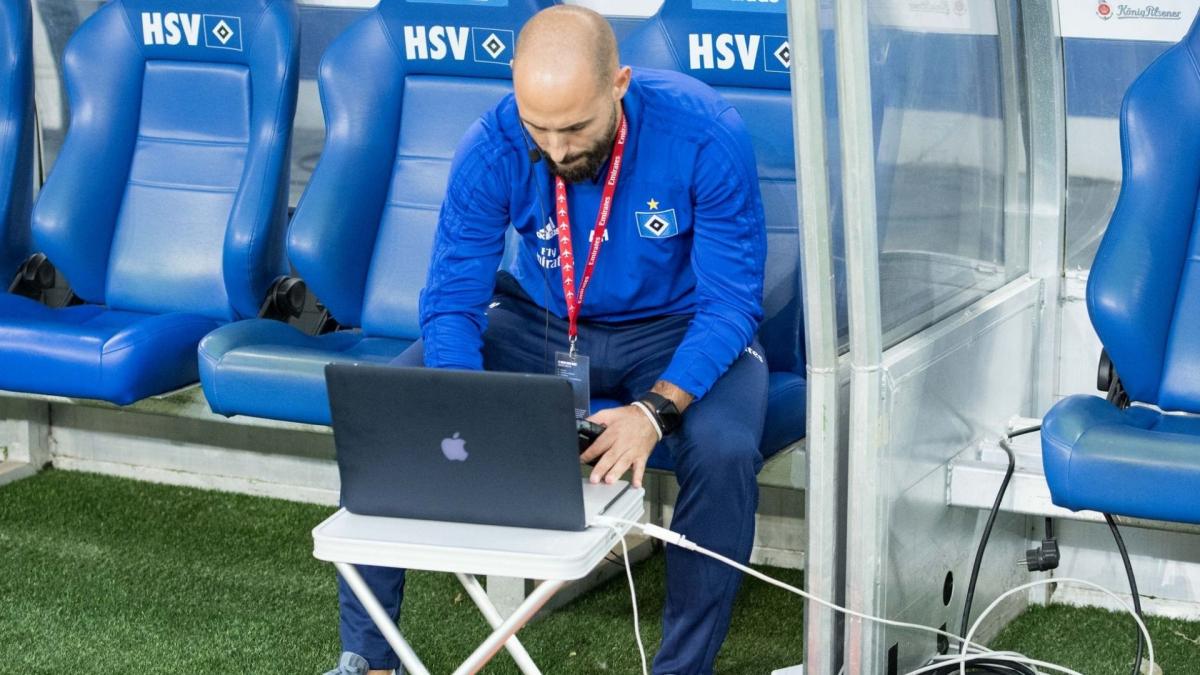 Like the physical or the mental, players can call on specialized coaches to continue to progress tactically and be operational when called upon. To continue to train their brains in the multiplication of information and decision making that exists during a high level match, some players practice cognitive exercises such as those offered by the Neurotracker.

The goal for a substitute is therefore to optimize skills that are usually very much in demand in matches, and not necessarily enough in training, so that the gap between him and those who play does not widen visibly over time. the season. The trick for a replacement therefore remains to remain proactive and take control of the situation instead of being confined to a role of spectator and hoping for a change of coach to have the opportunity to play. The ball is therefore still in his court.

Noni Madueke, the sensation of PSV that makes Europe salivate

OM want to do a double blow to Roma!