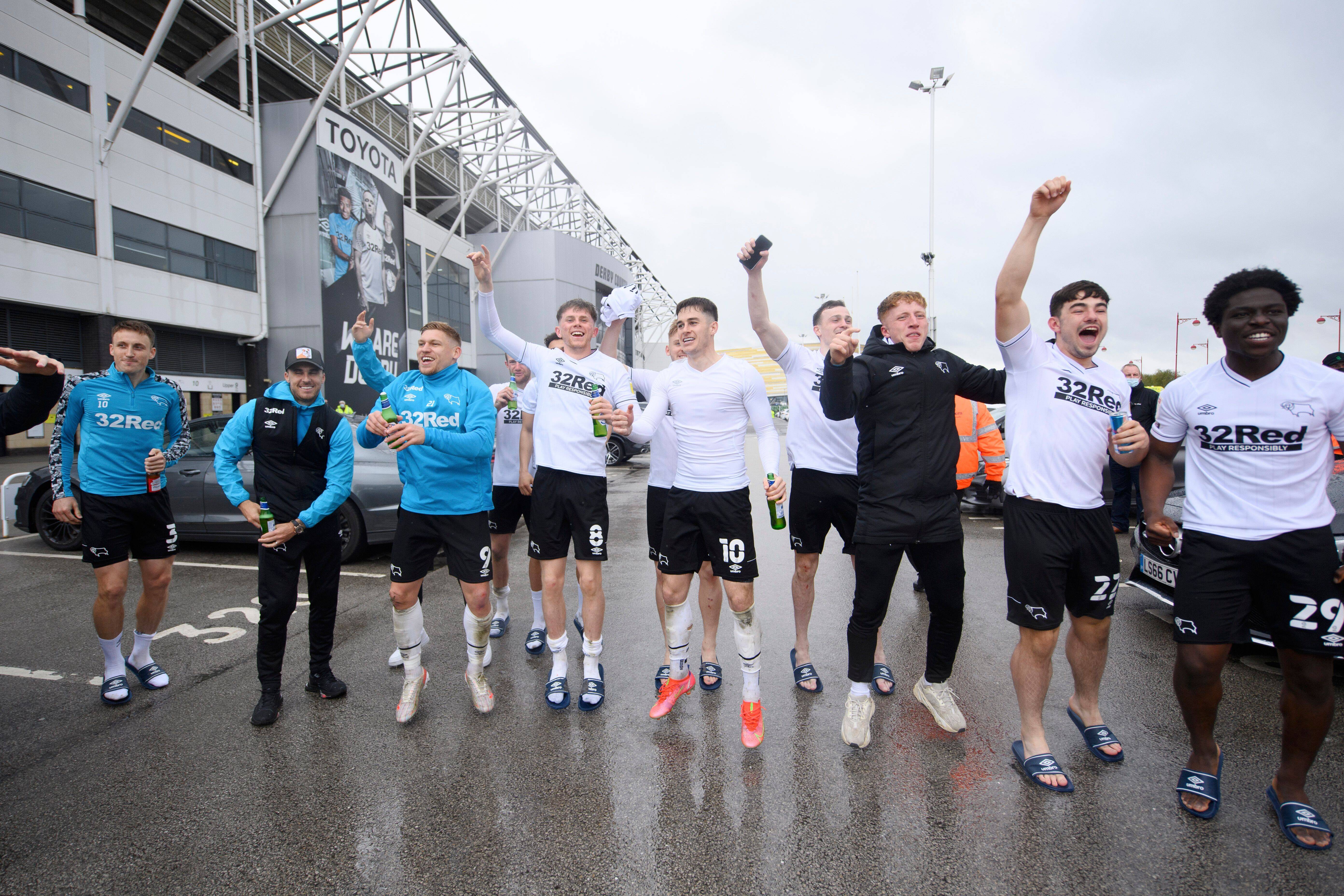 Derby County narrowly avoided relegation on a dramatic final day in the Championship.

The Rams twice came from behind to secure a 3-3 draw against Sheffield Wednesday at Pride Park to escape the drop at the expense of their opponents.

Martyn Waghorn (2) and Patrick Roberts were on target for Derby, while Sam Hutchinson, Callum Paterson and Julian Borner replied for the visitors.

Rotherham United were on course to survive after Lewis Wing put them ahead at Cardiff City, but Marlon Pack’s late strike sent them tumbling back into League One after just one season.

Wycombe Wanderers also made an immediate return to the third tier despite recording a 3-0 victory at Middlesbrough – Fred Onyedinma, Garath McCleary and Jason McCarthy got the goals.

At the other end of the table, the line-up for the play-offs is confirmed, with Brentford facing Bournemouth while Swansea City meet Barnsley.

Brentford secured a comfortable 3-1 victory at Bristol City with Ivan Toney, Bryan Mbeumo and Sergi Canos getting the goals.

Swansea were beaten 2-0 at Watford, Barnsley drew 2-2 with Norwich City and Bournemouth lost 2-0 at home to Stoke City.

Elsewhere, Blackburn Rovers finished the season with an emphatic 5-2 win over Birmingham City at Ewood Park.

Barnsley vs Swansea City – May 17
Bournemouth vs Brentford – May 17

Brentford vs Bournemouth – May 22
Swansea City vs Barnsley – May 22

The winners of the two semi-final ties will meet at Wembley Stadium on May 29.