Barcelona looking for new manager to replace Koeman if 'alternatives' agree to take over – originally posted on Sportslens.com 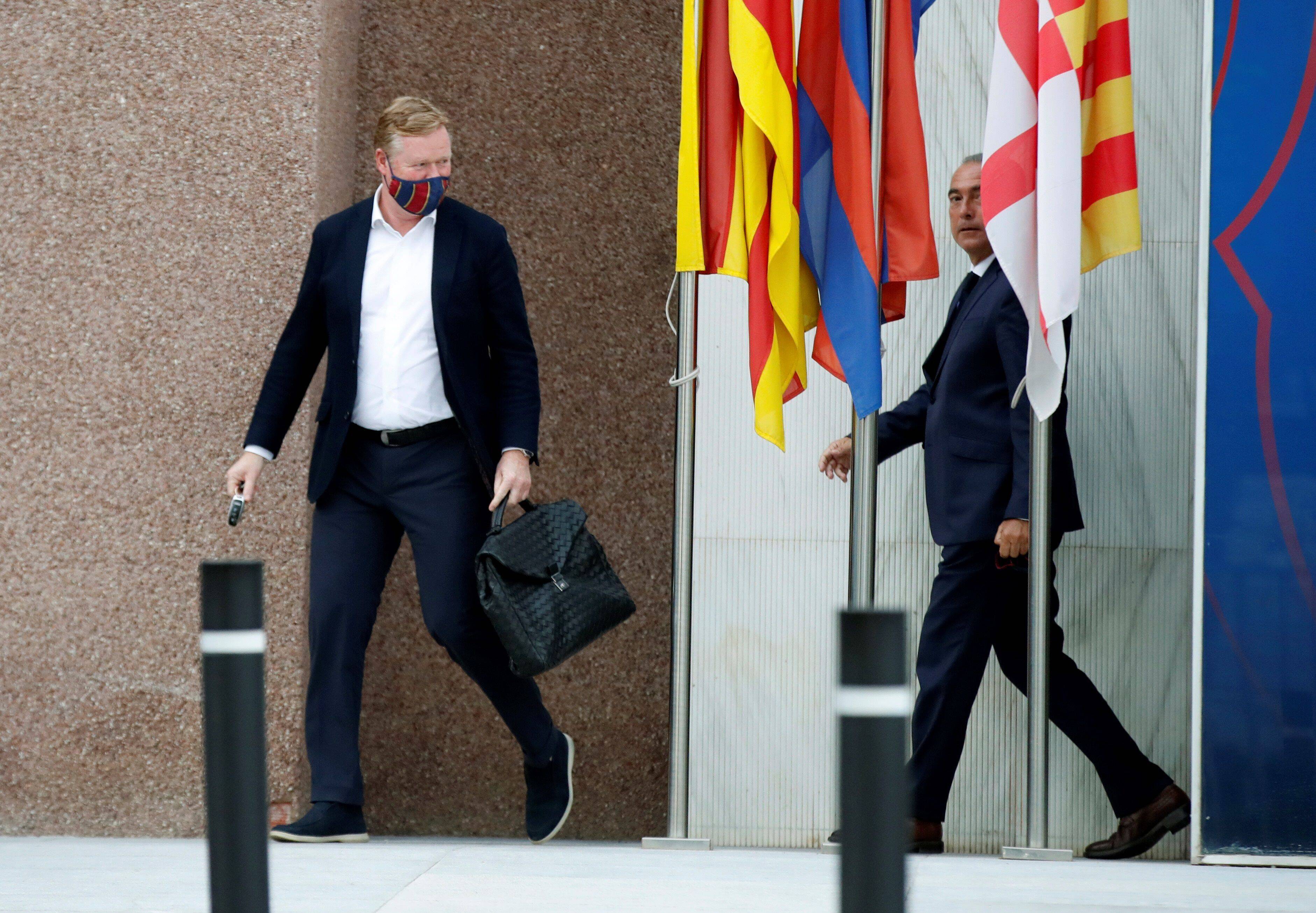 The Dutchman has come under heavy scrutiny after the Catalan outfit missed out on both the Champions League and La Liga titles in 2020/21.

Koeman took over the reins from Quique Setien in August 2020 but has failed to produce the desired effect in his first season in charge.

Barcelona’s Champions League journey ended in the round of 16 at the hands of Paris Saint-Germain, while they finished third in La Liga, seven points adrift of Atletico Madrid.

After succumbing to a 3-2 loss to Athletic Club in the 2020/21 Supercopa de Espana, Koeman led his side to a 4-0 victory against the same opposition in the 2021 Copa del Rey final.

However, a cup victory is not what Barcelona chiefs had in mind when they decided to hand the 58-year-old a two-year contract last summer.

Koeman’s experience in La Liga could come to a premature end this summer as new president Joan Laporta looks to make a managerial change.

According to Spanish outlet Marca, the Catalan politician told the ex-Netherlands boss that he wants to take 15 days to talk to possible replacements about the prospect of taking the job at Camp Nou.

Meanwhile, Koeman’s agent Rob Janssen insists the discussion went well, insisting he expects his client to remain at the helm next season.

“In my opinion, Koeman will stay at Barca,” he told Què T’hi Jugues as relayed by the Daily Mirror.

With mixed signals keep coming, it is hard to predict the president’s definite decision on Koeman’s future.

Despite the uncertainty surrounding the Dutchman’s future, Barcelona are already working on strengthening their squad following an underwhelming season.

Georginio Wijnaldum is on the verge of joining the Spanish powerhouse as a free agent after refusing to commit his future to Liverpool.

Koeman did an exceptional job at the Netherlands national team, but except for a trophy-laden stint at Ajax at the beginning of the century, he has done too little on the club level.

There is no doubt that Barcelona improved under his tenure compared to a disastrous 2019/20 season under Setien. However, Barca were probably looking for the kind of effect Christophe Galtier has had on Lille.

The Catalans have had a couple of impressive patches this season, but it is up to the manager to ensure consistency throughout the entire campaign. Koeman has failed that task.

Now, he could still be granted another season at Camp Nou as long as Laporta fails to find a suitable alternative in the upcoming weeks.

Ajax boss Erik ten Hag is the leading candidate to replace the Dutchman in the hot seat, but he has so far been adamant he won’t leave Amsterdam for at least another year.