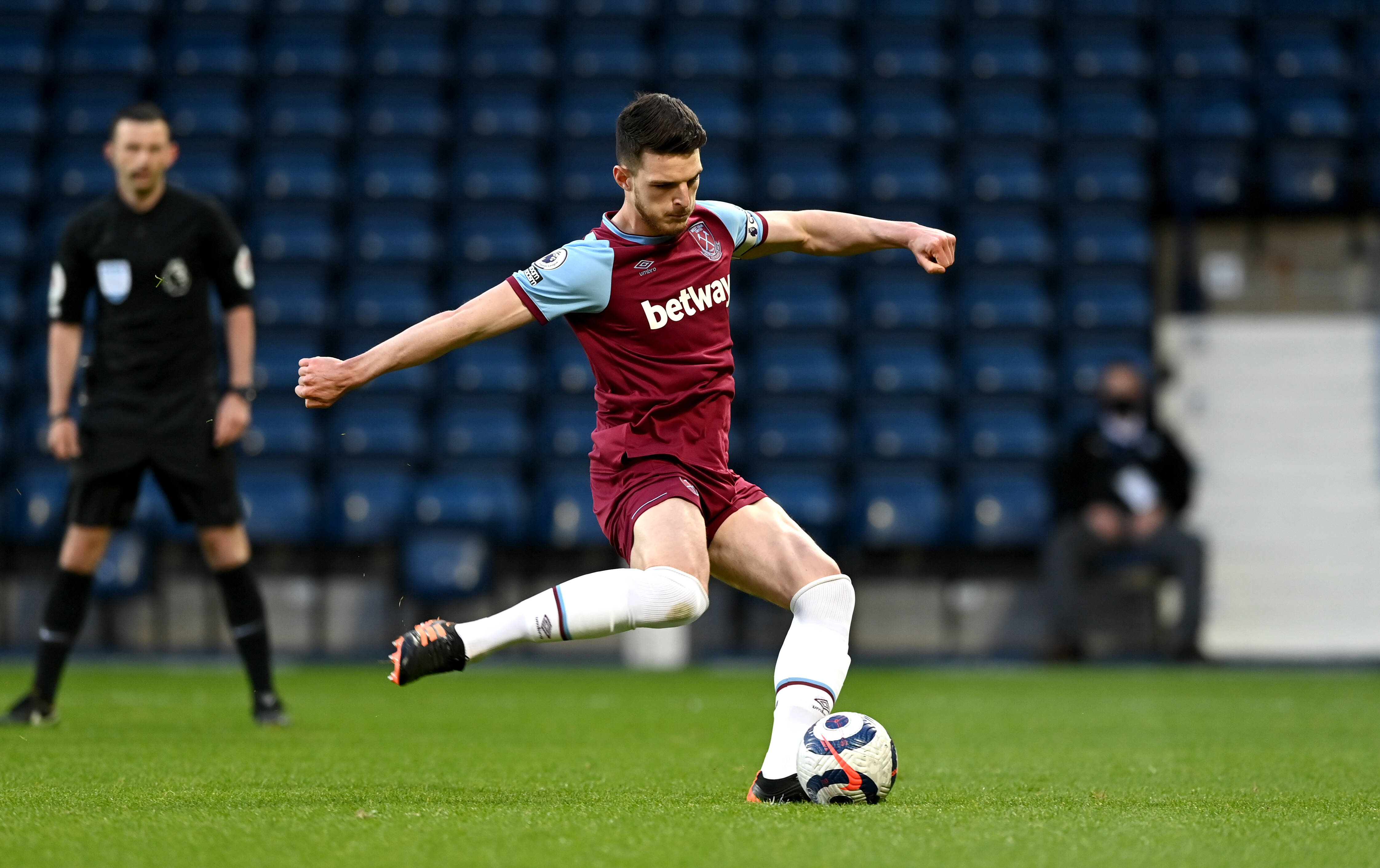 According to The Telegraph, Chelsea manager Thomas Tuchel is a fan of West Ham United midfielder Declan Rice, and he will recommend him to director Marina Granovskaia ahead of the summer transfer window.

Former Blues boss Frank Lampard wanted the 22-year-old, and his successor is now looking to revive the club’s interest in the Hammers star.

The London Stadium outfit now value Rice at around £90 million, with Manchester City and Manchester United also interested in snapping him up.

However, Chelsea would not meet their asking price and could look to use £40m-rated Tammy Abraham as a makeweight.

West Ham manager David Moyes wants the England international striker but has admitted his side cannot afford the Blues demands.

Chelsea are also looking to part ways with Ross Barkley – another player the Hammers boss admires – and both teams could do business in a player-plus-cash deal this summer.

The east Londoners are not keen on losing one of their best players, though, and are hoping sealing qualification for next season’s Europa League would help convince him to stay.

Tuchel is hoping the lure of Champions League football and the chance to regularly challenge for silverware would tempt Rice into returning to west London.

A win against Aston Villa on Sunday will guarantee them a place in next season’s Europe’s elite competition, while securing victory in the Champions League final against Manchester City next Saturday will also see them qualify for the competition should they miss out on a top-four finish.

The Liverpool lineup that should start against Crystal Palace

Canal + still plays with the nerves of the LFP

the Blues held in check by Hungary