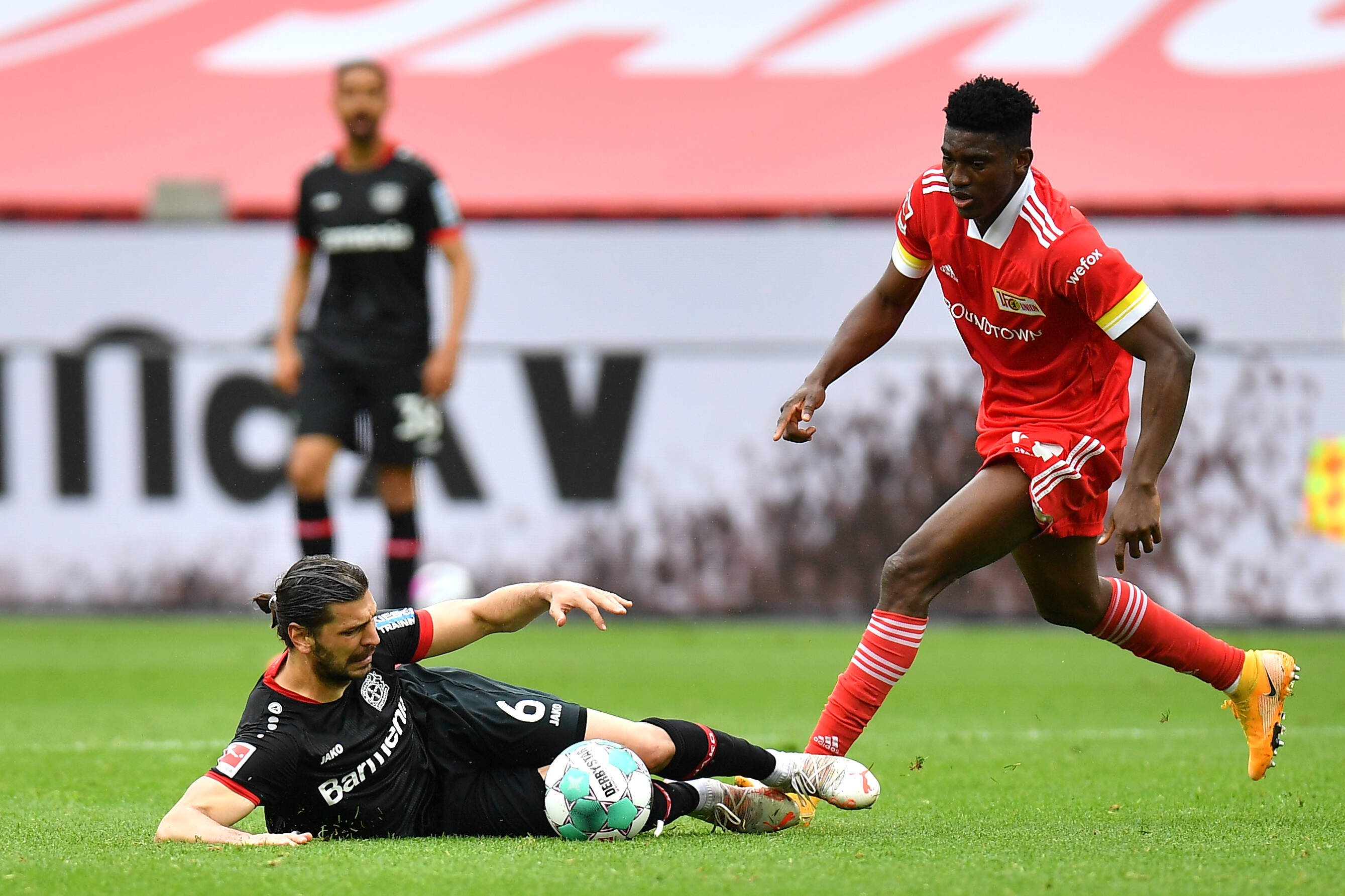 According to reports from Goal.com, seven clubs have made an approach to Liverpool over the availability of the Nigerian striker.

Awoniyi joined Liverpool in 2015, but he spent the past six years on loan at a host of clubs in Europe. This season, he has played in the Bundesliga with Union Berlin.

The report claims that several English clubs like Stoke City, Fulham and West Brom are interested in signing the 23-year-old.

After years of plying trade elsewhere, he and his family were finally granted UK work permits, following a lengthy application process.

Awoniyi will now be able to continue his career in England, but it appears that his future seems away from Anfield, without even kicking ball for the Reds.

Jurgen Klopp may have a different plan. Goal claims that Liverpool plan to involve him in the first part of their pre-season schedule.

It will enable him to train with the senior group, and play in some pre-season friendlies. Klopp will have a good look at him when a host of first-team players are away on international duty at the European Championship and Copa America.

Having said that, a move away from Liverpool looks more likely. Fulham, West Brom and Stoke are interested, while there have interests from clubs in Germany. He would cost in the region of £8m.