Lincoln City are masters of the succession plan

When Lincoln City take to the Wembley pitch in Sunday’s League One play-off final, it will represent the pinnacle of their sublime and ridiculous rise through the leagues in recent years. But win or lose, the Imps’ adventure will continue.

With Michael Appleton’s side facing Blackpool, this final is delectable for the neutral. These are two clubs who have fought back from the brink – divisional and reputational, respectively – who are equally capable of providing entertaining football to the masses. Both sides have fought so hard to get anywhere near this point of their superb ascents, just 90 minutes away from the second tier of English football.

Blackpool’s demise following their sole Premier League campaign a decade ago has been well-documented, but the Imps have largely gone under the radar until the going got good. And while nobody can forget the incredible job the Cowley brothers did in this journey, this final, and this day, is not about them.

Rather, it is about what came afterwards. For most clubs, climbing out of the National League wilderness after six straight seasons in the bottom half of the fifth tier of English football, with giant killings galore in an unprecedented run to the FA Cup quarter-finals, an EFL Trophy win under the Wembley arch and promotion from League Two at the second time of asking, would be the absolute pinnacle.

For Lincoln, it is only part of the story, and it is current manager Appleton who has made this happen. Granted, he was given the springboard when the Cowleys departed Sincil Bank for Huddersfield Town given the achievements listed above, but the higher you go, the harder you fall. The Cowleys can attest to that from their brief spell in the Championship with the Terriers, and Appleton could have faced a similarly perilous drop given the success that came before.

To have achieved all that Danny and Nicky Cowley did should have made it impossible for the next man in the hot seat to succeed, especially by comparison. Should the Imps win on Sunday afternoon and play second-tier football for the first time since buffalo wings were first made (1960 for those non-chicken nerds out there), that achievement will trump all that has come before.

Appleton has not reinvented the wheel at Sincil Bank; his predecessors took care of that on and off the pitch. Sticking largely to a 4-2-3-1 or 4-3-3 formation and using the loan market to his advantage, with West Brom goalkeeper Alex Palmer now a genuine contender between the sticks for the Baggies in the Championship such has been his impressive campaign in Lincolnshire, while Brennan Johnson and Morgan Rogers have been electric in attacking midfield and out wide behind the uber EFL experienced Tom Hopper.

Moving former Nottingham Forest winger Jorge Grant into a more central position alongside the anchor of Liam Bridcutt, making an orthodox right-back out of former Northampton Town and Manchester United defender Regan Poole and moving midfielder Tayo Edun out to left-back to compete with former Arsenal defender Cohen Bramall are all examples of how Appleton has made this team his own, while keeping the ethos of the club he inherited.

It is always difficult to write about Lincoln in the post-Cowley era without mentioning the dynamic duo, but it is important to recognise the part they play without overshadowing the work done by the man currently in charge in LN5. 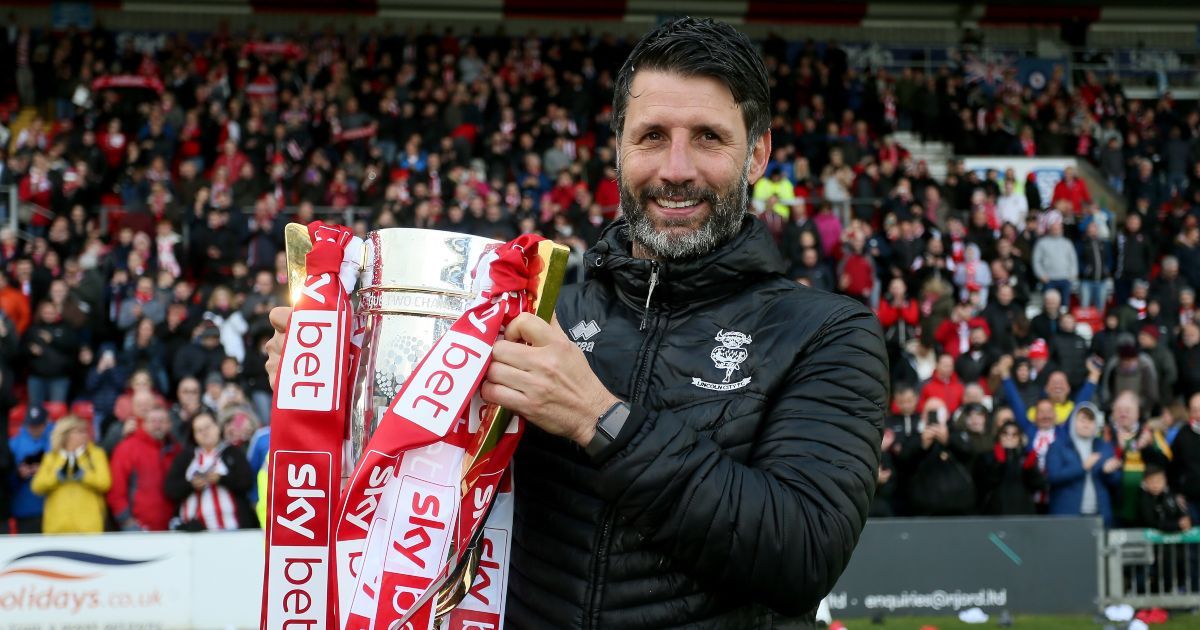 Back in my university days, working as a media assistant at York City in the midst of their double relegations from the EFL to National League North, we welcomed the promotion-chasing Imps to Bootham Crescent just before the midway stage of the season. If the respective positions of the two clubs – third bottom and second in the league – did not emphasise the gulf, then the travelling party certainly did. Like the Minstermen players, our media team was dwarfed by a staff of counterparts, community workers and numerous other men working behind the scenes on fan engagement, all at the behest of the newly appointed Cowleys. The 4-1 victory on the day paled into insignificance compared to the direction the two clubs were heading.

A win on Sunday though would perhaps see the club finally escape the shadow of their former employees, given the trajectory of their own careers, dismissed after a part-season in charge in West Yorkshire and overseeing a Portsmouth side who failed to get into the play-offs that have been the minimum expectation for the trouble-making Imps since day dot of the 2020/21 campaign.

Already, there are suspicions that the Cowleys are struggling to thrive outside of Lincoln in the EFL, but win or lose on Sunday, there is no doubt that Lincoln, and an in-demand Appleton, are very much looking in one direction: up.

In his pre-match press conference, Appleton spoke with the usual vigour coupled with restraint and half-cliches of playing the game, not the occasion, as well as leaving the pitch with no regrets.

In his own words, Appleton ‘wants to get Lincoln promoted before he leaves the club’. It is already common knowledge that many a Championship club will have their eye on the former Portsmouth and Blackburn Rovers manager regardless of Lincoln’s placing in the pyramid come Sunday evening. Given also his penchant for moving clubs at a moment’s notice – Blackpool themselves can attest to that – it would be little surprise to see the 45-year-old swim his way further up the football food chain, but it should matter little.

Lincoln City have already proven they know how to replace a legendary manager, so whether or not Appleton sticks to his word on getting the club promoted before departing should matter little. Replacing Cowley seemed an impossible task, and they ended up with a manager who has had them flirting with automatic promotion for 90% of the season, defeating Sunderland in the play-off semi-finals and are now just one match away from the Championship.

There are not many clubs who can continue to defy the odds so consistently, and few could have imagined during those long years languishing below the EFL that Lincoln would become the blueprint for their divisional rivals.

To succeed consistently is to make sure successors can build on what came before. There are few teams in the EFL with as much momentum and solid foundations as Lincoln City. Given where the club were so recently, the wonder of it never ceases to amaze.

The post Lincoln City are masters of the succession plan appeared first on Football365.