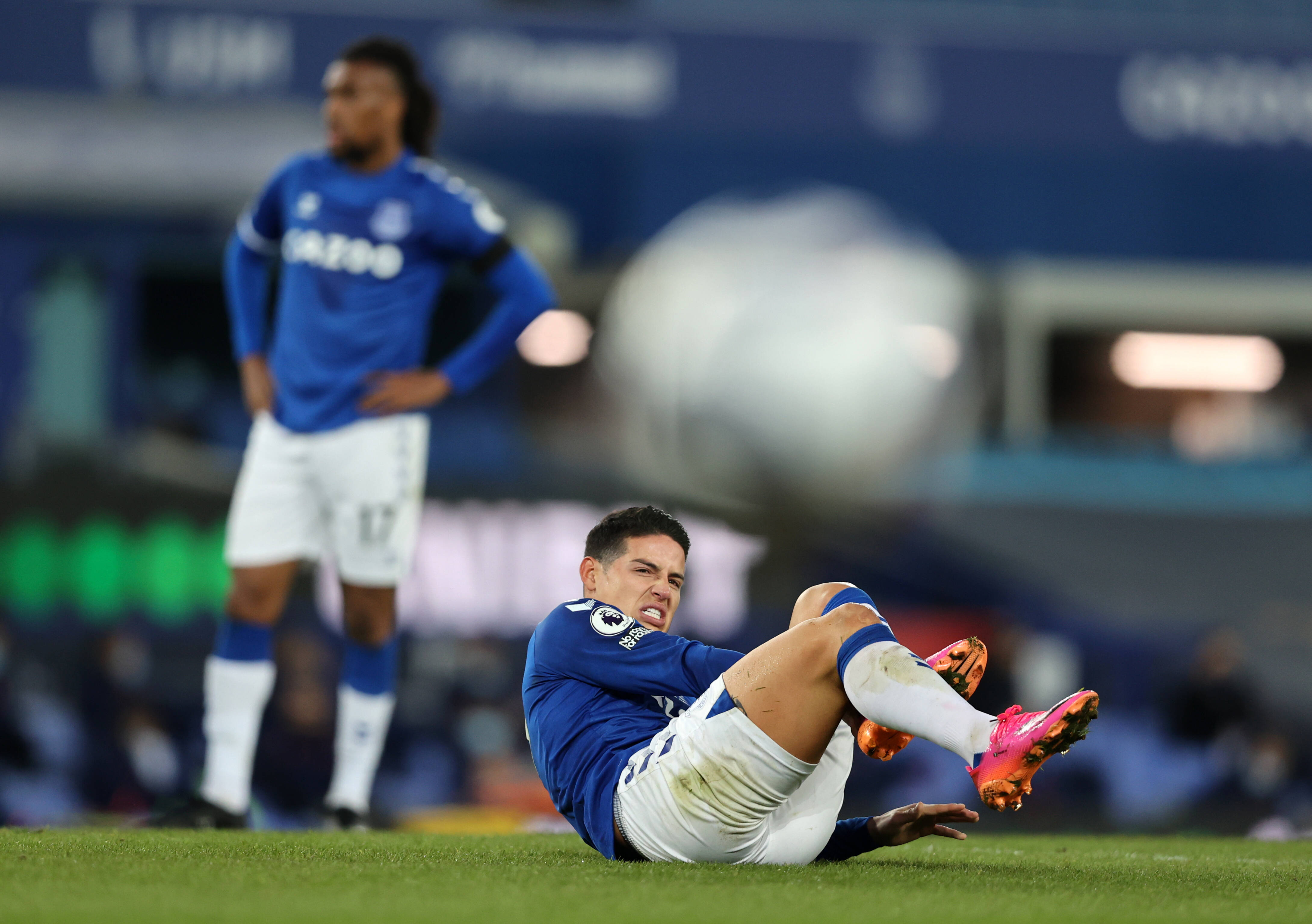 Carlo Ancelotti has revealed that Everton playmaker James Rodriguez will miss the clash with Aston Villa on Thursday evening.

The Toffees are currently sat eighth in the table but could go as high as sixth with a win against Villa.

With this being Everton’s game in hand over Tottenham, the Blues would leapfrog Ryan Mason’s side and would temporarily go above rivals Liverpool.

The Reds face Manchester United later in the evening.

However, Everton will have to navigate the Aston Villa clash without star man James Rodriguez.

“I think he [Rodriguez] will start to train with the team on Friday, so I hope that, on Friday and Saturday, he will train properly and can play against Sheffield United,” Ancelotti explained in his pre-match press conference.

“He’s pain-free now; he has no problem, but he didn’t train with the squad, so I cannot put him at risk tomorrow.”

Ancelotti also revealed that Yerry Mina will miss the game, though he hopes the Colombian will return against Sheffield United.

“We have Yerry Mina out for this game.

“He [Mina] had a problem on his adductor. It’s not a big problem. He tried to train yesterday but he was a little bit uncomfortable. I hope to recover him for the game against Sheffield United.”

James Rodriguez’s injury problems have been a huge frustration for Everton fans, with the Colombian easily the teams biggest creative outlet.

The Colombian has missed a large portion of the season due to a multitude of problems, though, Everton would have anticipated this.

The Toffees simply would not have been able to sign Rodriguez if not for the player being injury prone.

A player of James Rodriguez’s quality who could play 30+ matches a season would still be playing at Real Madrid, or another elite team in Europe.

The Colombian’s signing was a calculated risk from Everton and they will likely still be happy with his contribution come the end of the season.