Thomas Tuchel has risked his Chelsea job by putting Declan Rice forward as a transfer target.

Chelsea were heavily interested in West Ham midfielder Rice when Frank Lampard was manager, but it was assumed that any move had been curtailed by Tuchel’s appointment as his successor at Stamford Bridge in January.

Lampard pursued Rice to the extent that it was actually cited as one of the many reasons for his eventual downfall.

The Athletic quoted a source at the time as saying: “He needs to stop pushing for Rice or he’ll lose his job. The hierarchy are very wary about the potential embarrassment of buying back an academy reject at huge expense.”

Tuchel ‘has revived’ the move, however, which would be contingent on Chelsea qualifying for the Champions League either on the final day of the Premier League season or by winning the competition in next week’s final against Manchester City.

Chelsea were reluctant to spend £70m on Rice last summer but another standout campaign from the 22-year-old has boosted that asking price to ‘at least’ £90m, with West Ham hopeful that Europa League qualification would tempt him to stay.

The midfielder will be included in plans that Tuchel puts forth to Chelsea director Marina Granovskaia in any instance, according to the Daily Telegraph, while Aurelien Tchouameni of Monaco and Julian Weigl, who the German worked with at Borussia Dortmund, are considered viable alternatives.

Chelsea could drive down the cost of signing Rice by structuring some sort of part-exchange, an idea they seem obsessed with at the minute.

David Moyes recently ruled out a move for Tammy Abraham on the basis that West Ham could not afford him at £40m, yet there is a ‘possibility’ he would be offered in a swap for Rice with cash.

Moyes also ‘likes’ Ross Barkley, whose loan deal at Aston Villa will not be made permanent, with the chances of him impressing Tuchel to the extent that he keeps and plays him considered rather remote. 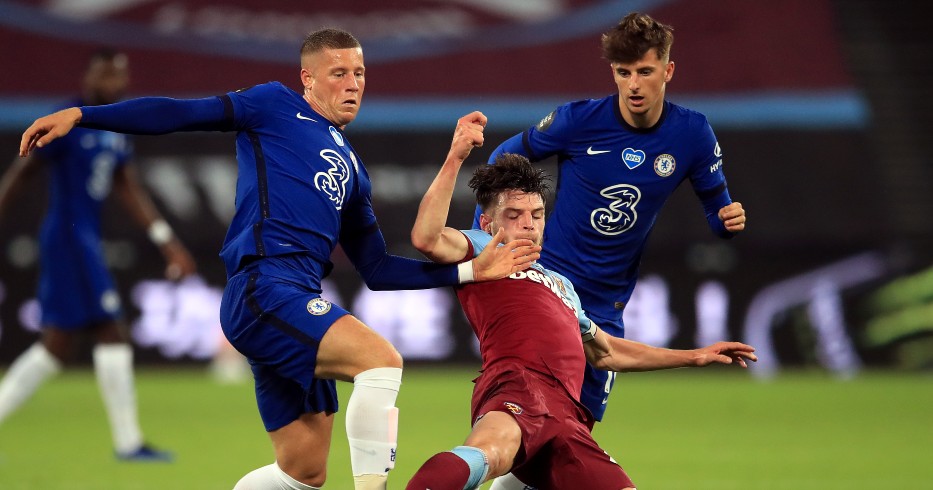