Tuchel laments another handball decision and VAR in Chelsea defeat

The ball appeared to deflect off Perez’s leg on to his arm before Tielemans’ moment of magic, leaving Chelsea boss Tuchel frustrated that the goal was allowed to stand.

Ex-Leicester full-back Ben Chilwell was denied a last-gasp equaliser for offside after a VAR review, to add to the ire for Blues boss Tuchel.

Chelsea were denied a penalty in Wednesday’s 1-0 loss to Arsenal when Rob Holding’s goalline block with his arm went unpunished – and Tuchel admitted to having no idea of what now constitutes handball.

“The players said straight away it was a handball,” said Tuchel.

“So now for the second game in a row there was a handball against us, and VAR is not interfering.

“Against Arsenal there was one on the line, and again today, and they are very decisive.

“I’m not an expert in handball any more, I don’t know when it’s handball or not.

“I don’t know any more when they need to punish it or it’s OK to play with the hand.

“We were unlucky today. But there’s never any guarantee you’ll end up with a trophy.

“I think we would have deserved to win but we have to accept defeat.”

Captain Cesar Azpilicueta could not adjust quickly enough to nod in from point-blank range after Timo Werner flicked on a cross, in a big opening that Tuchel was left to rue. 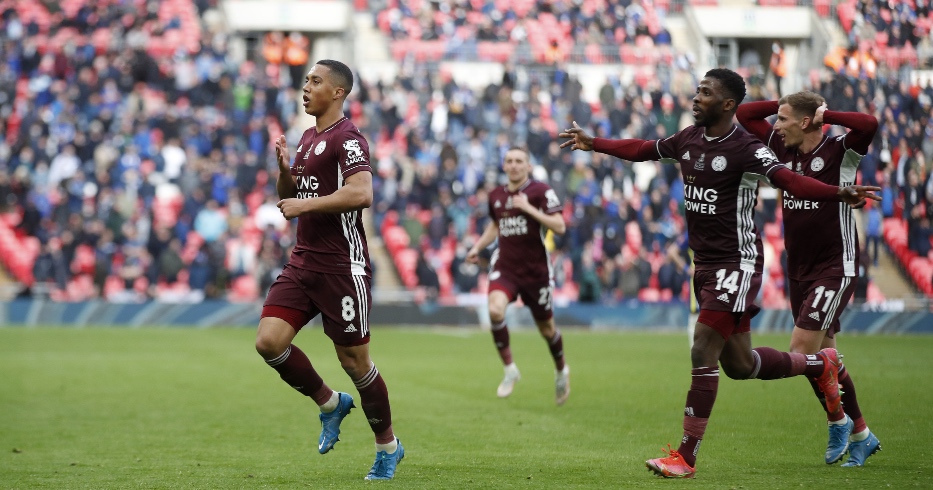 The Blues’ German coach insisted Chelsea cannot be too downcast in defeat and was adamant his players had performed relatively well despite their final-third shortcomings.

“Of course we are disappointed, but we are not angry, it’s not on our boys,” said Tuchel.

“Today we are simply unlucky. We have never hidden the fact that you need luck in this game to be able to win on this level.

“All the time you need momentum, little details and decision making, referee and sometimes to win with a shot like today.

“We defended very, very well, were aggressive in counter-pressing, we didn’t allow any counter attack chances, no half-chances, and I was absolutely happy with the work-rate intensity.

“But in the decision-making we were a bit too hectic, a bit too straight up front.

“We wanted to force the solution too far, we had unnecessary ball losses and imprecise decision making.

“We created some two-against-two and two-against-three situations, that we couldn’t do as well as we should have.

“We had a big, big chance with Azpilicueta, maybe the biggest in the whole game.

“In the second half we controlled the match even higher, and we conceded a goal out of nothing, a fantastic goal, but a lucky goal of course.

“And then we have a big chance with Mason, a fantastic save from Schmeichel, and offside goal, that was very, very close.”

The post Tuchel laments another handball decision and VAR in Chelsea defeat appeared first on Football365.