Tottenham Hotspur and Arsenal are in the race to sign Fiorentina defender Nikola Milenkovic this summer.

According to Gazzetta dello Sport, the Italian club are prepared to sell the 23-year-old because his contract expires in the summer of 2022 and he has not signed an extension. 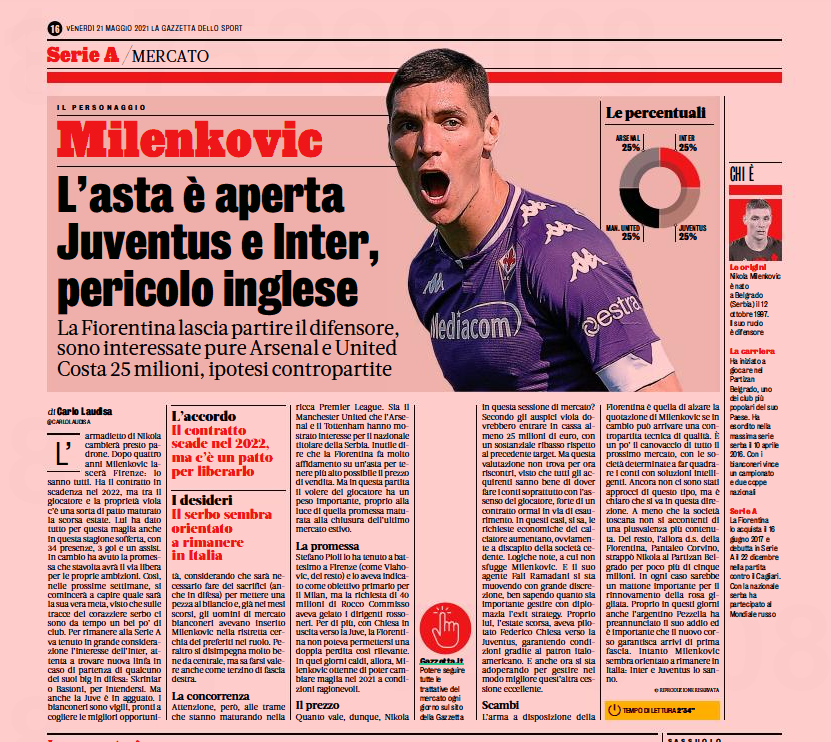 It seems that the Serbian is keen on a move away from the Italian club this summer.

Juventus and Manchester United have also been linked with the player who is expected to cost around £26 million.

However, the price could increase if there is a bidding war between the interested parties.

Tottenham desperately need quality centre-backs, with the likes of Eric Dier simply not good enough to start for a side hoping to challenge for the major honours.

Milenkovic is a top-class talent and has the potential to develop into a quality Premier League defender over the next few years.

Arsenal also require reinforcements at the back, with David Luiz amongst the defenders set to leave the club this summer.

The two London clubs will be keen to win the race to sign Milenkovic to boost their hopes of bouncing back from their respective miserable seasons.