Man United in for Sancho

It now looks as though the 2021 summer transfer window will finally put an end to the Jadon Sancho transfer saga.

Manchester United have been linked with a move for the winger since all the way back in 2019.

Despite only recently turning 21, Sancho is one of the top attackers in the Bundesliga, and perhaps even in Europe.

The 20-time capped international made the move to BVB back in 2017, when he left Manchester City.

And since moving to Germany, Sancho has developed into one of the hottest prospects in world football.

The electrifying winger enjoyed a prosperous 2019/20 which saw him net 17 and assist 17 for Dortmund across 32 league outings.

08 May 2021, North Rhine-Westphalia, Dortmund: Football: Bundesliga, Borussia Dortmund – RB Leipzig, Matchday 32 at Signal Iduna Park. Dortmund striker Jadon Sancho after the 3:2. IMPORTANT NOTE: In accordance with the regulations of the DFL Deutsche Fußball Liga and the DFB Deutscher Fußball-Bund (German Football Association), it is prohibited to exploit or have exploited photographs taken in the stadium and/or of the match in the form of sequence pictures and/or video-like photo series. Photo: Bernd Thissen/dpa (Photo by Bernd Thissen/picture alliance via Getty Images)

His fine form would continue into this past season, where he scored 16 and assisted 20 in 38 outings for BVB in all competitions.

Now, Sancho finally looks set to sign for Man United after over two years of links and rumours.

It was reported by the BBC earlier in the week that United had increased their offer for Sancho to £72.6m.

Said bid is still said to be €10m short of BVB’s valuation. But the BBC go on to explain that whilst the latest bid is unlikely to be accepted, it is now viewed as virtually certain the transfer will eventually be concluded.

How Man United’s attack could look with Sancho

So, it now looks very likely that Jadon Sancho will be a Man United player come the start of the 2021/22 Premier League campaign.

But how will United line up with Sancho? His, Marcus Rashford’s, and Mason Greenwood’s versatility means there are many ways Ole Gunnar Solskjaer can line up his attack next season.

And at 101, we have picked out what we believe will be the best three ways below.

The first line-up is pretty standard, but it could prove deadly for Man United.

With Edinson Cavani finally finding fitness at the end of the 2020/21 season, the Uruguayan should now be raring to go when the PL gets back underway in August.

Given he is by far and away United’s best no.9 at present, it would make sense to have Cavani, when fit, as United’s starting centre-forward next term.

And, given Sancho provided 20 assists last season, he should have little issues forming a solid partnership with Cavani.

It is also worth noting that Sancho generally provides more assists when he is used on the right.

This formation would also allow Marcus Rashford to shine in his more natural left-wing position. He can do a job on the right but it is clear he is more suited to the left flank.

Though Rashford is a top player, Sancho’s arrival could finally allow him to earn a much-needed rest.

The forward’s injury struggles were well documented last term and he could undergo surgery after Euro 2020.

But given United’s lack of quality depth in attack, Rashford would soldier on throughout 2020/21, playing through the pain. However, the player himself has admitted that he has not been performing at his best due to the injury issues:

“I am not performing at my best. It has been going on since early on in the season. I managed to get through the season with United.

“I think I had 36 goal involvements so I can’t look back at the year and say: ‘Mmm, I should have taken time off to do this and do that.’

“That’s just not the way I look at things. I just want to be available for every game.”

If Sancho signs, however, Ole Gunnar Solskjaer should be able to rest Rashford on a more regular basis instead of burning him out.

Sancho is seen as a natural right-winger. However, he is more than capable of playing from the left and is actually a bigger goal threat from this position.

This is the story throughout his entire career. On the left he has scored 41 in 81, compared to 25 in 72 from the right.

So, given Greenwood is still a decent option at right-wing, Sancho could be moved to the left to allow Rashford breaks throughout the campaign.

The final line-up Man United could use is an all-English set-up.

See also  Barça is still alive for the title

Edinson Cavani is much fitter now than when he first joined United. However, he is still 34 years of age and is unlikely to be able to play every game for the Red Devils next season.

He will also be out of contract next summer, meaning United need to start looking at who will replace him.

Anthony Martial is still at Old Trafford. But his form during 2020/21 proved he is not a natural no.9.

So, the obvious back-up option at centre-forward next term would be Mason Greenwood.

The 19-year-old may have been used as a right-winger for much of his United senior career. But he is a natural centre-forward and has already demonstrated how lethal a finisher he is.

He is also the top-scoring teenager in Man United history and could be their main striker for many years to come if given the chance to play there.

And if Sancho signs, United could finally have a top-quality right-winger to call upon, meaning they would not have to rely upon Greenwood in that role so much. 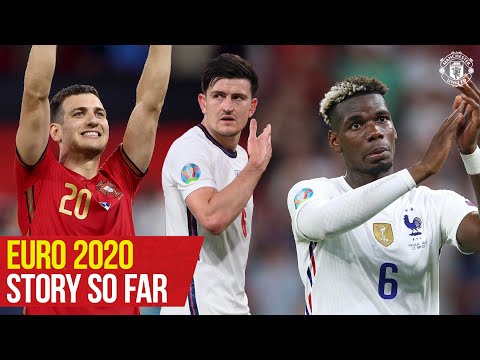 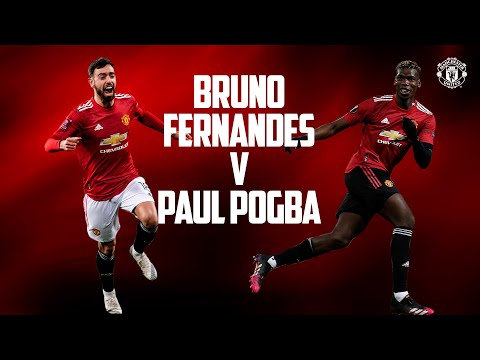 Can Benzema and Griezmann cohabit?