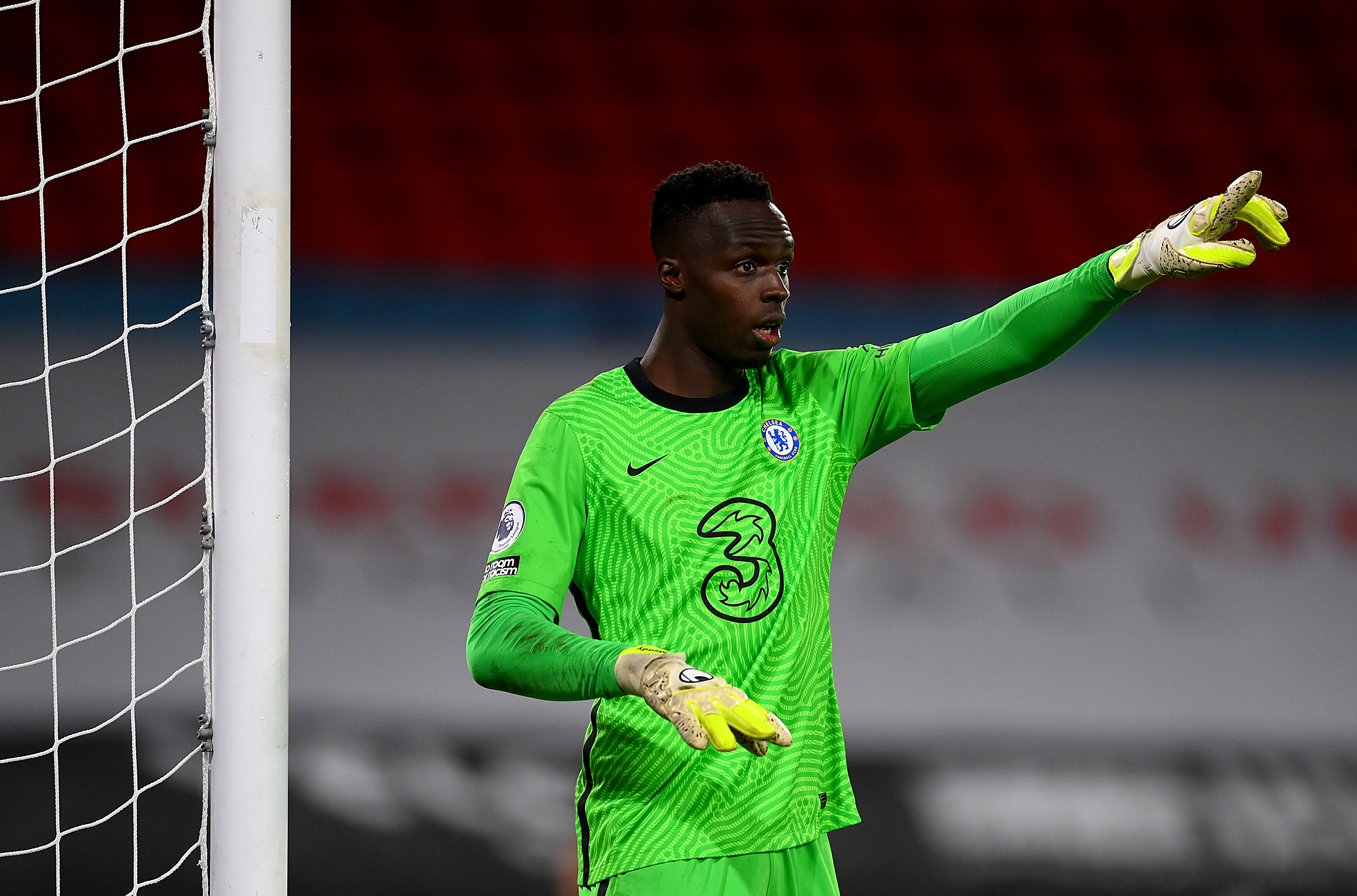 The Senegal international slammed into the frame of the goal while trying to save Bertrand Traore’s goal in the 43rd minute, and he was substituted at the interval.

The Blues ended up with a disappointing 2-1 defeat at Villa Park, but still qualified for the Champions League in fourth as Leicester City finished one point behind them.

The Foxes were leading 2-1 against Tottenham Hotspur in the 52nd minute, but Spurs made a terrific comeback to win 4-2 at the King Power Stadium.

Speaking in his post-match press conference, Tuchel revealed that Mendy has pain in his ribs, and will be assessed ahead of the Champions League final against Manchester City.

He told Chelseafc.com: “He fell on the frame of the net. He has big pain in his ribs. We need to wait until we get home and we will do some images.”

“Tomorrow we will have an update on what’s going on. We have a week to prepare, and we will see if it’s possible. If it’s possible we need to push and do everything so he is in goal on Saturday.”

The Blues were disappointing against the Villans, and it was another occasion where they were unable to convert their chances on goal.

They have suffered three losses in the last four games in all competitions, and the preparation has been far from ideal for the Champions League final

The Blues take on Manchester City in Lisbon on May 29, and Tuchel will hope that Mendy can prove his fitness ahead of the European meeting.

Kepa Arrizabalaga has done a credible job as the back-up goalkeeper this term, but there have been question marks over his ability to cope with long-range shots.