Arsenal Football Club and Tottenham Hotspur have been rivals ever since the originally South London side made the move north to Highbury.

The bad feeling between both sets of fans has gone on for decades, creating a bond of hatred between the two sides.

Arsenal had always been known as the historically bigger club with more titles and larger global fan base. However, Spurs have worked hard over the last decade-plus to close the gap in the table and have finished above their rivals in the last 4 seasons.

Not since 2016 when on the final day Arsenal overtook their rivals after an embarrassing away loss at Newcastle saw Spurs fall 5-1 and drop to 3rd after looking like Leicester City’s only title challengers.

Arsenal have the opportunity to overtake Spurs should other results go their way.

This moment of finishing the season above Spurs has come to be known as St Totteringham’s day amongst the Gunners’ fan base. Created in 2002 on a site known as ‘Arseweb,’ the concept was accepted in the mainstream fan base during the early 2010s and has stuck ever since.

The perfect scenario for fans

Unlike previous years where Champions League football was on the line, this time around both Arsenal, Spurs and Everton are involved in a tussle for 7th place.

This would qualify one side for the Europa Conference League next season, UEFA’s third tier European competition.

Fans have not been too welcoming of the idea leading to many trying to work out ways the club can finish above Spurs and yet not qualify for the tournament.

Ideal scenario for me :

– Arsenal win at home against Brighton

– Tottenham lose/draw away to Leicester City

For that to happen. Arsenal would need to beat Brighton, Everton would need to win away at Manchester City and Spurs would have to drop points to Leicester City on their travels.

This seems unlikely considering City welcome fans to see them lift the trophy despite still being champions. They will surely want to gift their supporters a win. Leicester meanwhile must win against Spurs to keep their top 4 hopes alive.

Arsenal’s test against Brighton at home is surely the most winnable on paper and therefore leads to the likeliest scenario that Arsenal achieve St Totteringham’s day but also finish 7th. Entering the Conference League as its inaugural participant for the Premier League.

All will be revealed after 4pm today. 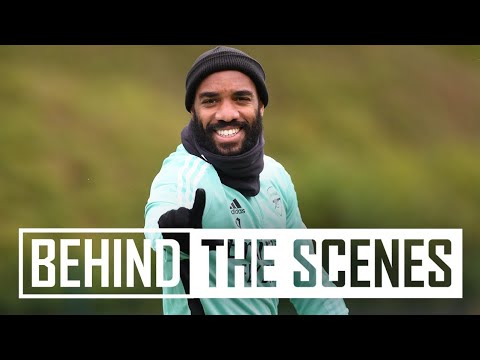 Drills, team building & a crossbar challenge! | Behind the scenes at Arsenal training centre

The Biased Show: Chelsea, Liverpool or Leicester – Who will finish in the Premier League top four?

Havertz ain’t broke, so why do Chelsea need their striker fix?