'Something in his hamstring': Mikel Arteta raises fitness concern for Arsenal playmaker

'Something in his hamstring': Mikel Arteta raises fitness concern for Arsenal playmaker – originally posted on Sportslens.com 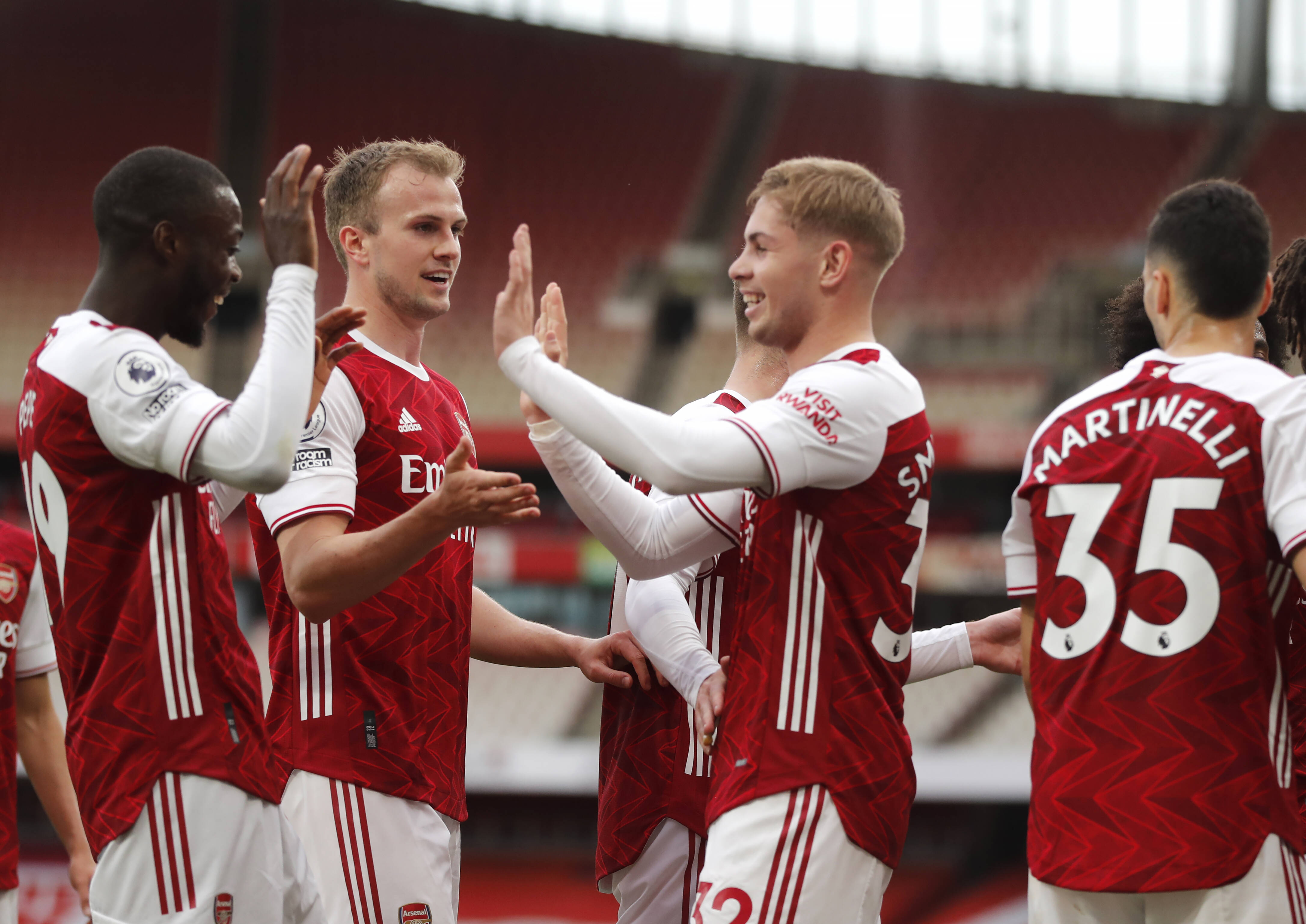 The Gunners reclaimed their ninth spot on the table with a second-straight league win, and they are within four points of a European place with three games left.

Smith Rowe opened the scoring with a superb left-footed volley on the run after a fine cross from Bukayo Saka from the left flank.

It was his first-ever Premier League goal for the club. He could have scored another, but failed to make contact with a cross into the six yard box.

The 20-year-old was substituted at the hour mark with Kieran Tierney taking his place, and following the game, Arteta confirmed that the youngster sustained a knock.

The Gunners boss revealed that the attacker felt ‘something in his hamstring’, but was hopeful that the concern is nothing major.

He told Arsenal.com: ” I don’t know, he felt something in his hamstring so we took him off. I don’t know. Sometimes he cramps and that’s something that’s been happening for a while because he’s still adapting to the league, to the amount of games every three days. Hopefully it’s nothing major.”

The north London club are still with the chance to qualify for Europe if they can make up the four-point deficit to seventh-placed Tottenham Hotspur.

Smith Rowe was found limping off the field against the Baggies, but Arteta will hope that he has only suffered cramps, and is available to face Chelsea on Wednesday.

The Gunners beat the Blues by a convincing 3-1 scoreline in the reverse fixture. They will be aiming to do the double over them for the first time since 2010/11.

It won’t be easy with Thomas Tuchel’s side in a superb run of form at the moment. The Gunners will face them on the back of beating Real Madrid and Manchester City.