Manchester United faced off with AS Roma in the second of two Europa League semi-final meetings on Thursday.

United headed into the tie with one foot in this season’s final, after smashing the Italian outfit 6-2 in the reverse leg at Old Trafford.

So, barring a mammoth upset, Ole Gunnar Solskjaer’s men were aware ahead of kick-off that they would soon be taking part in their first-ever final under the Norwegian.

And, despite losing on the night, United indeed went on to progress, after an Edinson Cavani brace ensured that there would be no chance of a Roma comeback, en route to an eventual aggregate score of 8-5.

Roma will be glad to see the back of Edinson Cavani 😅 pic.twitter.com/lRVZgK36LG

Despite conceding three at the Stadio Olimpico, David de Gea enjoyed a fairly impressive showing, that saw him make a number of vital saves.

Before Thursday, though, de Gea had actually been playing second fiddle to Dean Henderson, at least in the Premier League.

In turn, with Henderson seemingly Solskjaer’s no.1 at present, many may have assumed that the English international would be given the nod to face Villarreal in the Europa League showpiece.

However, speaking post-Roma, Solskjaer hinted that de Gea’s latest performance could see him start instead:

“David was vital, he was man of the match… David’s put a very good application in (to start the final).”

Solskjaer: ‘David was vital, he was man of the match… David’s put a very good application in (to start the final).’ #mufc 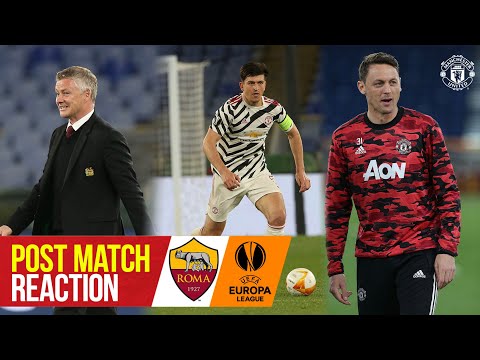 Watch United prepare for the second leg of the Europa League Semi-Final against Roma.…

Oliech: Kenya legend on why he will not follow Henry & Pirlo