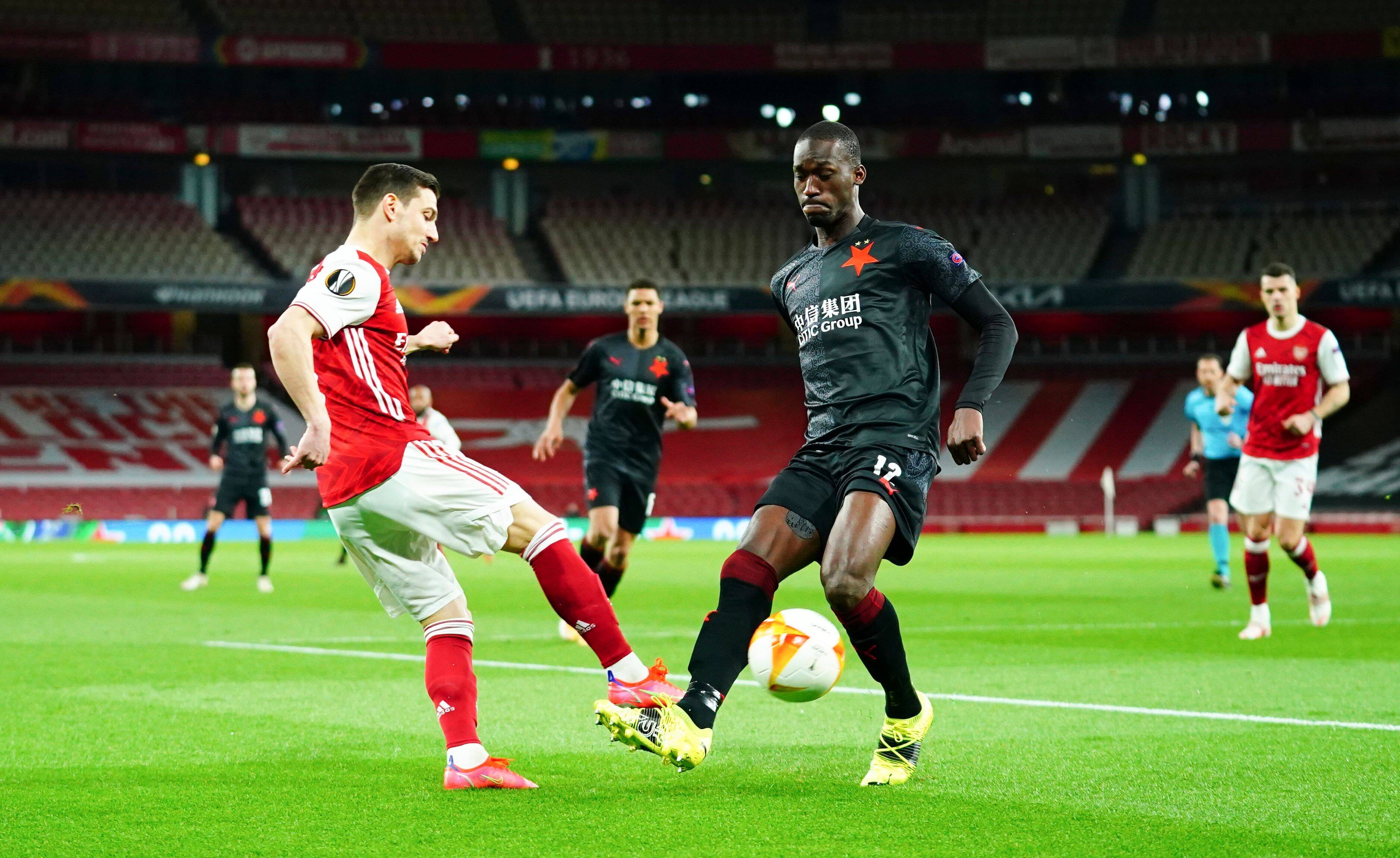 Leeds United are interested in Slavia Prague forward Abdallah Sima ahead of the summer transfer window, according to Football Insider.

The 19-year-old has been in fine form this term, scoring 19 goals in 36 games across all competitions.

Slavia have already received a £25 million bid for the forward from an unnamed club, but they value him at £50m after slapping that price on his head in January.

However, they are expected to accept a lesser fee this summer, and Leeds should not hesitate to go after his signature.

Sima has excelled playing on the wings for the Czech giants, and Whites head coach Marcelo Bielsa could utilise his quality.

Rodrigo has been disappointing since completing a club-record move to Elland Road last summer, and it is no surprise that they are eyeing other forwards.

They are keeping close tabs on Sima and need to convince the youngster that playing under Bielsa is perfect for his development.

He was impressive in his side’s Europa League campaign, and Leeds need to make quality additions to realise their top-six dreams next season.

Tomas Soucek and Vladimir Coufal have been massive signings for West Ham since joining from Prague, and Sima could be next in line to complete a Premier League move.

He is open to playing in the English top-flight, and Leeds should pull out all the stops to land their man.

Pipping Man Utd and co to his signature would be a massive statement of intent, and the Elland Road outfit must lay down a marker in the transfer market.

In other news, Leeds man close to signing a new deal amidst Tottenham Hotspur links.