After 30 + years of service as both a player and coach Steve Bould has been sacked from Arsenal.

The former centre half was the head coach of the under-23 side after spending time as the assistant manager to both Unai Emery and Arsene Wenger.

During his time as a player he won the first division twice and the Premier League title, two FA Cups, League Cup and European Cup Winner’s Cup.

Moving on from playing, Bould became the coach of the under-18s squad where he won the title twice and an FA Youth Cup.

Moving onto working with Arsene Wenger, taking over from Pat Rice, he earned 3 further FA Cup medals with the Frenchman.

After Unai Emery took over, eventually he was replaced by Freddie Ljungberg, who was the then coach of the under-23s which Bould took charge of.

With Arsenal’s reliance on many outstanding young players such as Emile Smith-Rowe and Bukayo Saka, the under-23s have struggled.

They only just survived relegation from the Premier League 2, thanks to a last minute equaliser from Kido Taylor-Hart against West Ham United on the final day. Ultimately leading to the decision by the club to move on from Bould.

Context of coaching the youth side

It is well founded that the results from the under-23s squad were not to the standard that the club were clearly hoping for.

However, it is worth mentioning the difficulties faced by a coach of a continually changing and pillaged group.

The primary objective of the youth sides is not to achieve results in the youth league.

The main rhetoric of the program is to develop young players to a standard where they can impact the first team. Players such as Saka, Smith-Rowe, Joe Willock, Eddie Nketiah, Reiss Nelson, Alex Iwobi, Hector Bellerin etc have all come through and earned minutes for the senior side.

BRIGHTON, ENGLAND – DECEMBER 29: Alexandre Lacazette of Arsenal celebrates with teammate Bukayo Saka after scoring his team’s first goal during the Premier League match between Brighton & Hove Albion and Arsenal at American Express Community Stadium on December 29, 2020 in Brighton, England. The match will be played without fans, behind closed doors as a Covid-19 precaution. (Photo by Frank Augstein – Pool/Getty Images)

The first 5 on the list theoretically could still be playing for the under-23s. Nketiah and Nelson have both featured in the second half due to a lack of opportunities in the first team.

See also  Video: Grealish would be 'over the moon' to reach Gascoigne level

Furthermore, some of the best talent is sent out on loan to gain experience outside of the club.

Ballard is already a full Northern Ireland international having earned 5 caps. McGuinness is on the edges of the Republic of Ireland team having played with the under 21s at his highest point so far. Matt Smith has an FA Cup winners medal having been on the bench in the cup final in 2020 and performed well this season in his spells away.

This should highlight the difficulty of losing such quality and having to find consistency in results. However, all that being said, the club felt that it was the time to move on from Bould. After 30+ years, he has been a great servant on and off the field and that should be respected.

Social media can be a bad place to be. Recently the Premier League amongst other sports and individuals took part in a social media blackout in protest to the companies’ failure to address online abuse.

Despite the protest, there has been little change in the behaviour shown by some. This was evident in David Ornstein’s announcement of Steve Bould’s dismissal.

Some of the replies are not appropriate to be posted, but below are a selection of some supporters reacting to a servant of over 30+ years to the club who won a collective 13+ trophies as a player and coach:

Thanks for the mediocrity, but it’s time to say goodbye ✌🏽

Thank you. Finally maaan… get rid of these people demolishing the club….

Yeah that man is mediocre. Bye

Stealing a living for years…it’s about time

Thankfully, there were also a good selection of respectful messages to Bould, whilst appreciating that this was probably the right time to move.

Never nice to see a loyal servant of the club go – all the best in whatever the future holds!

My club actually being ruthless! He’s a legend but as evidence with the U-23s this season he’s out of his depth. Wish him nothing but the best!

Sorry to see you go mr bould you have been a good servant to the club always tried your best am sure, but thats football you get the results or you dont and we are now needing to update our coaching ideas at youth level anyway so this is a progressive step in the right direction

Hopefully one day social media abuse can come to an end but it appears that may be some way off. 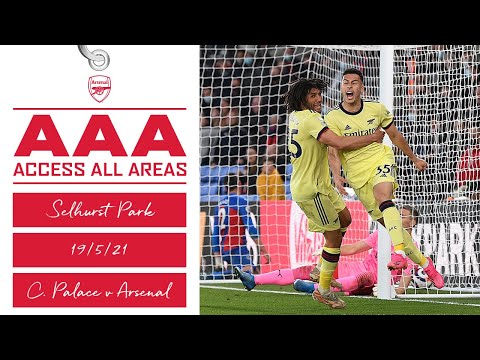