Roma an ideal host for the Mourinho Show – not a compliment

For the fourth time in his career, Jose Mourinho is taking over a football club that last won a trophy in 2008.

If Inter in 2008 and Real Madrid two years later were evidence of an unstoppable upward career trajectory, Spurs in 2019 and Roma in 2021 are… well, it’s not quite what he would have envisaged a decade down the line from Madrid, is it?

The initial response to Tuesday’s Roma announcement was one of shock – it was only a few days ago he was chatting about once again spending some time away from the game and next season being “premature” for the next great Mourinho comeback.

About five minutes later came the realisation that it was in fact such an obvious move you kicked yourself squarely in the face for not spotting it coming a mile off.

Roma are the very definition of a New Mourinho club. A shade short of elite, but with aspirations and just enough echoes of far-off glory for it not to be too debasing a move for the great man’s ego. A lengthy spell without silverware. A famous iconic number 10 who stayed despite the lure of greater riches and silverware elsewhere. They’re more Spurs than Spurs and very nearly as Spursy.

It’s not hard to see the appeal for Mourinho, especially the chance to bounce back and nab the headlines by returning to Serie A for the first time in 11 years just two days after Inter win their first title since his departure all that time ago. After the way his Spurs defenestration was so cruelly dominated by all the Super League hooplah, it’s a chance for Jose to once again be front and centre. He’ll be happy.

And while Roma are either clearly quite unutterably mad or just haven’t really been paying proper attention, you can also just about see why they’re the latest club to consider the Mourinho option and conclude that while obviously it never works despite people somehow deluding themselves into thinking it might, it might work for them.

Even at this early stage, the now-familiar Mourinho journey has already begun. Roma have declared themselves “blown away” by Jose’s vision for the club. Just as Daniel Levy was. And just as Manchester United were before that. 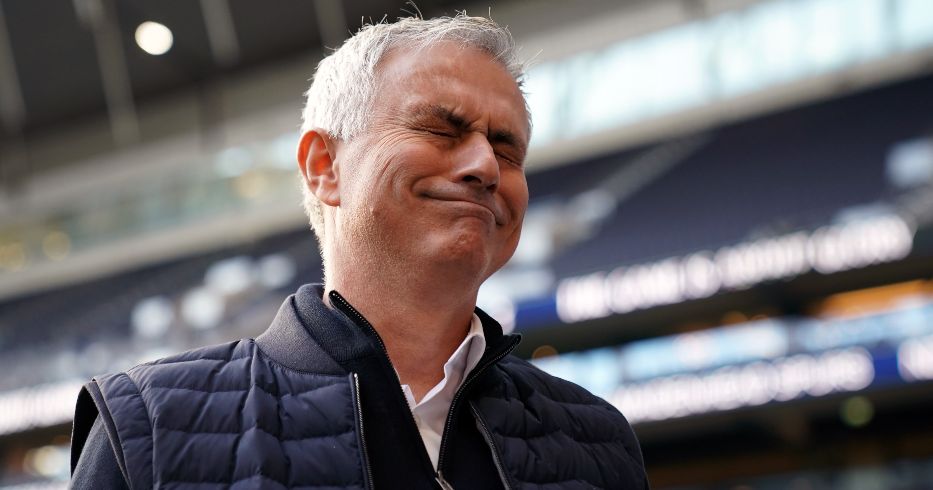 He’s even got a couple of familiar faces in the squad for when human sacrifices are required to protect the Mourinho brand from any blame. Chris Smalling and Henrikh Mkhitaryan must be thrilled.

We all know where it’s heading. Mourinho will declare himself thrilled with the squad. He will smile for the cameras and make nice for the interviews. He will talk up Roma’s historical importance and there may even be talk of a “project”.

With Roma currently languishing in seventh, there is a decent chance Mourinho’s first season at the club will be one unencumbered by European commitments. If that itself is further evidence of his diminished status in the game it also paves the way for his new side to make a decent start to the 2021/22 season. There will be a laser focus on those league games with nothing to distract. The football might not thrill, but it will be effective enough.

And then, suddenly, it won’t be. And the recriminations will start. The bus will be parked, assorted players will be under its wheels. The squad will be riven with cliques and infighting and resentment. And after a year of that, 18 months from now, halfway through a contract Roma will be paying long after he’s gone, Mourinho will have salted the earth and be on his way again, grumbling angrily about injustice and referencing achievements that have drifted still further into the distant past to mask the obvious atrophy.

At this point, along will come another club and it will probably be Valencia and they will think to themselves: “It never works. People somehow delude themselves into thinking it might…but it might work for us.”

The post Roma an ideal host for the Mourinho Show – not a compliment appeared first on Football365.

PSG has lost its nerves again …