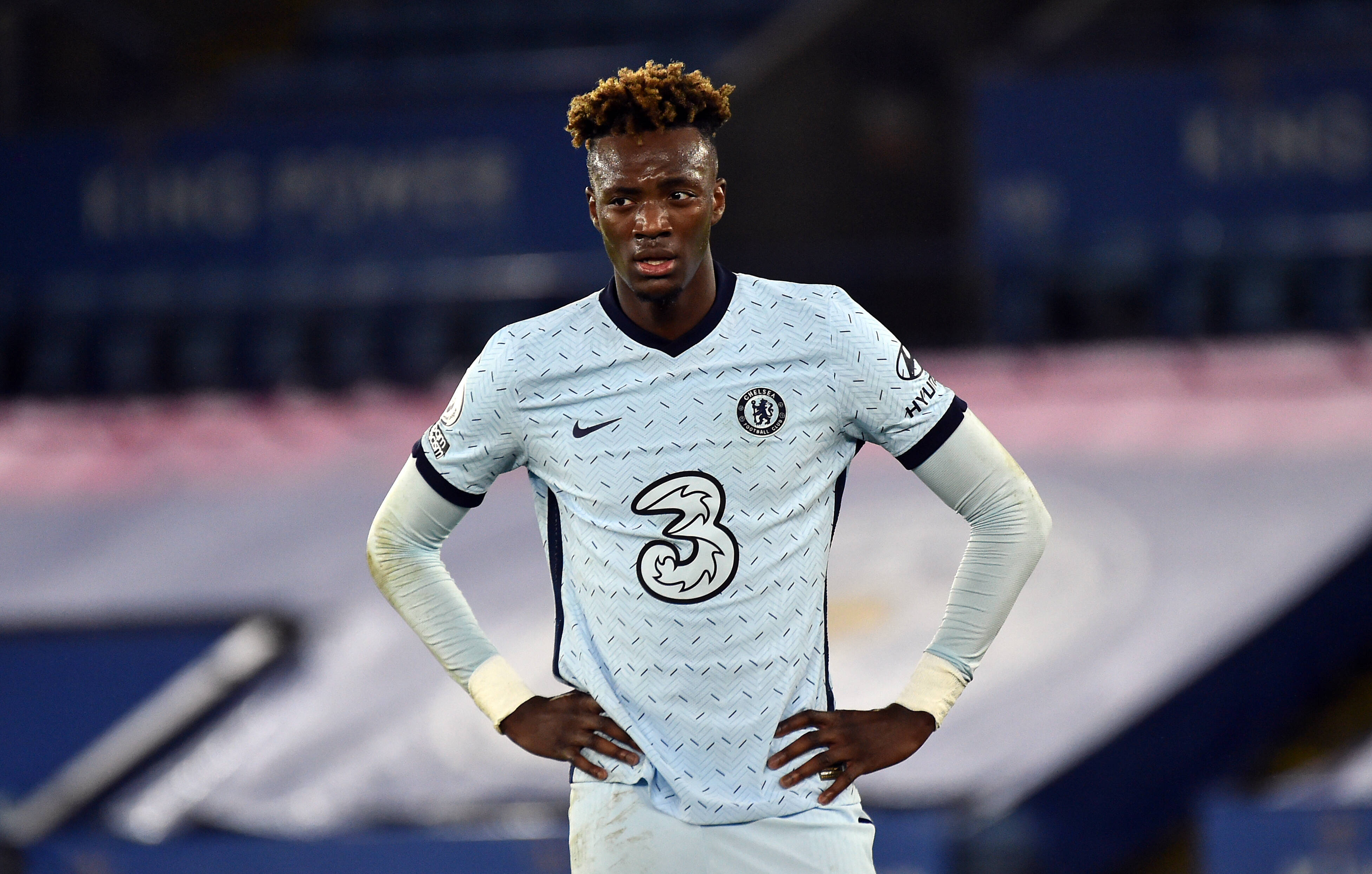 Chelsea striker Tammy Abraham has been tipped to make an unlikely summer move away from Stamford Bridge.

The 23-year-old has struggled for game time since Thomas Tuchel was appointed as manager and could be on his way out of the club at the end of the season.

“I tell you who could be interested in him is Manchester City – I think he’s an elite forward,” he told talkSPORT.

“I think he’d suit Pep’s way. He’s clinical, and he’s shown that this season as he’s right up there with the top goalscorers, and he’s hardly played.”

As opinions go, suggesting Abraham could join City is probably on a par with urging England to appoint Joe Cole as the new manager of the U21 team.

Sinclair was guilty of that particular nugget, and he has excelled himself with his latest take on Abraham’s future.

The 23-year-old is undoubtedly a decent enough striker, but 26 goals in 89 Premier League appearances does not put him in the ‘elite’ category.

If City sign a striker this summer, it is highly likely it will be someone who deserves the ‘elite’ accolade.

Erling Braut Haaland and Harry Kane immediately spring to mind. Abraham will not be on City’s radar.

Sinclair gets paid handsomely for these opinions. How? Why?

Sam Mewis returns to the NWSL with the North Carolina Courage

The latest on the Kane situation