2020/21 has seen Phil Foden truly cement himself on the world stage.

The 20-year-old has always had obvious talent, but it was not until the current campaign that Pep Guardiola actually began to start Foden consistently and in big games.

Now, though, the versatile midfielder has been an absolutely essential cog in Guardiola’s attack, even arguably taking Raheem Sterling’s spot in the Sky Blues’ side.

So far, Foden has notched 14 goals and 10 assists in all competitions this term, whilst also putting in some starring displays well beyond his years against teams such as Borussia Dortmund and PSG.

MANCHESTER, ENGLAND – MAY 04: Riyad Mahrez of Manchester City celebrates with Oleksandr Zinchenko and Kevin De Bruyne after scoring his team’s second goal during the UEFA Champions League Semi Final Second Leg match between Manchester City and Paris Saint-Germain at Etihad Stadium on May 04, 2021 in Manchester, England. Sporting stadiums around the UK remain under strict restrictions due to the Coronavirus Pandemic as Government social distancing laws prohibit fans inside venues resulting in games being played behind closed doors. (Photo by Matt McNulty – Manchester City/Manchester City FC via Getty Images)

Now, reports stemming from England suggest Foden could be in line for a new Manchester City contract.

The youngster is currently tied down at the Etihad until 2024.

However, a report from the Daily Mail claims that Foden is thought to be on the verge of signing a new contract to take him into the six-figures-a-week bracket.

Little more details are given, but given his recent form it is very easy to see why the Manchester powerhouse may wish to agree new terms with Foden.

Elsewhere, Michael Owen has been singing the praises of both Foden and Chelsea’s Mason Mount.

Owen was full of praise for both and is predicting an exciting summer with England.

Perhaps most interestingly, though, Owen voiced his opinion that Foden, in particular, could get up to the levels of Kylian Mbappe and Erling Haaland.

“So exciting for the summer with England. I think Mason Mount and Phil Foden could be two of the best players in the world in the future, I think they’re that good.

“It’s so exciting to watch their progress. I honestly think they’re going to get there (up there with Mbappe and Haaland), certainly Foden.” 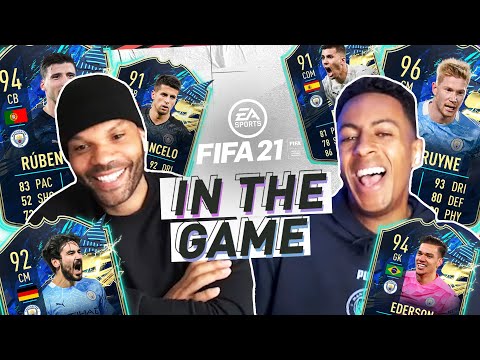 Nothing is right at Arsenal