Two days before the end of Ligue 1, Puma is already unveiling the home jersey of Olympique de Marseille for the 2021-2022 season.

While PSG, Monaco and OL are fighting to qualify for the Champions League, OM are fighting with RC Lens and Stade Rennais to secure their place in the Europa League. If the Phocaeans disappoint this season, all eyes are on them this Friday, May 14, since Puma is taking advantage of this intense end of the season to present the home jersey that Dimitri Payet and his partners will probably wear at least once by the end of season. 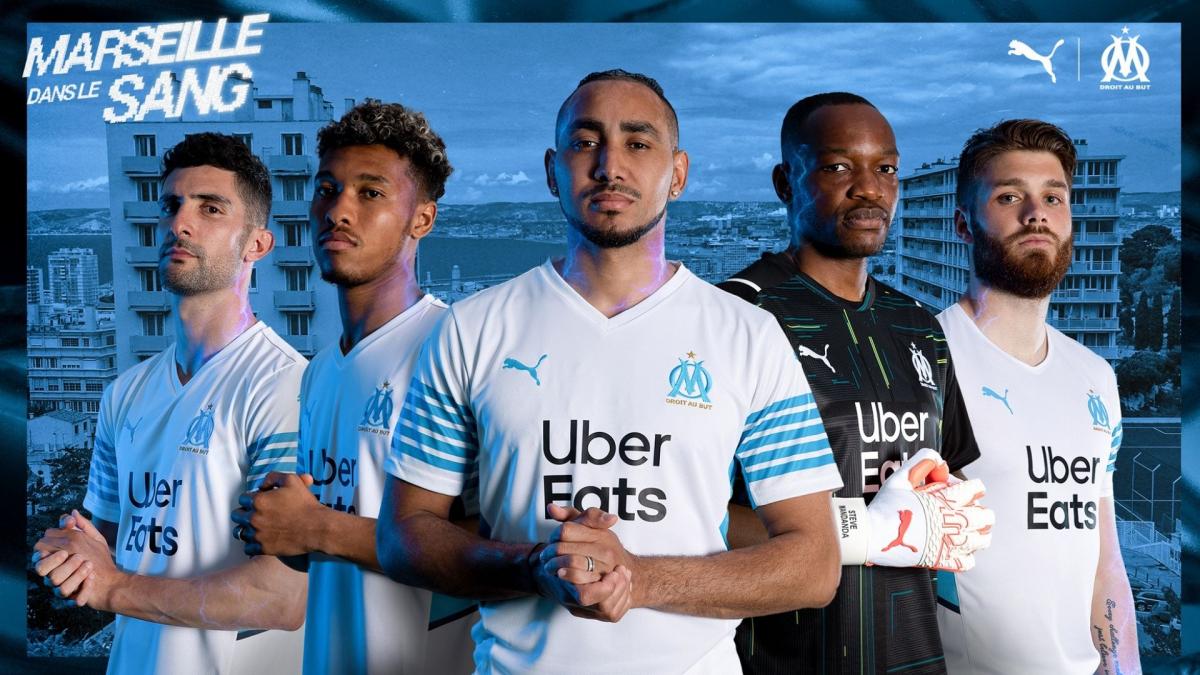 An inspiration from the 1990s

Puma has been equipping Olympique de Marseille since 2018, but the brand has drawn inspiration from the great history of Olympia to design the new jersey that Jorge Sampaoli’s men will wear at the Vélodrome. You have to go back more than 30 years, and more precisely to the 1989-1990 season, to find a link with the new tunic. At the time, adidas equipped OM and unveiled a jersey that has remained in the history of the club so much this season will have marked the spirits. 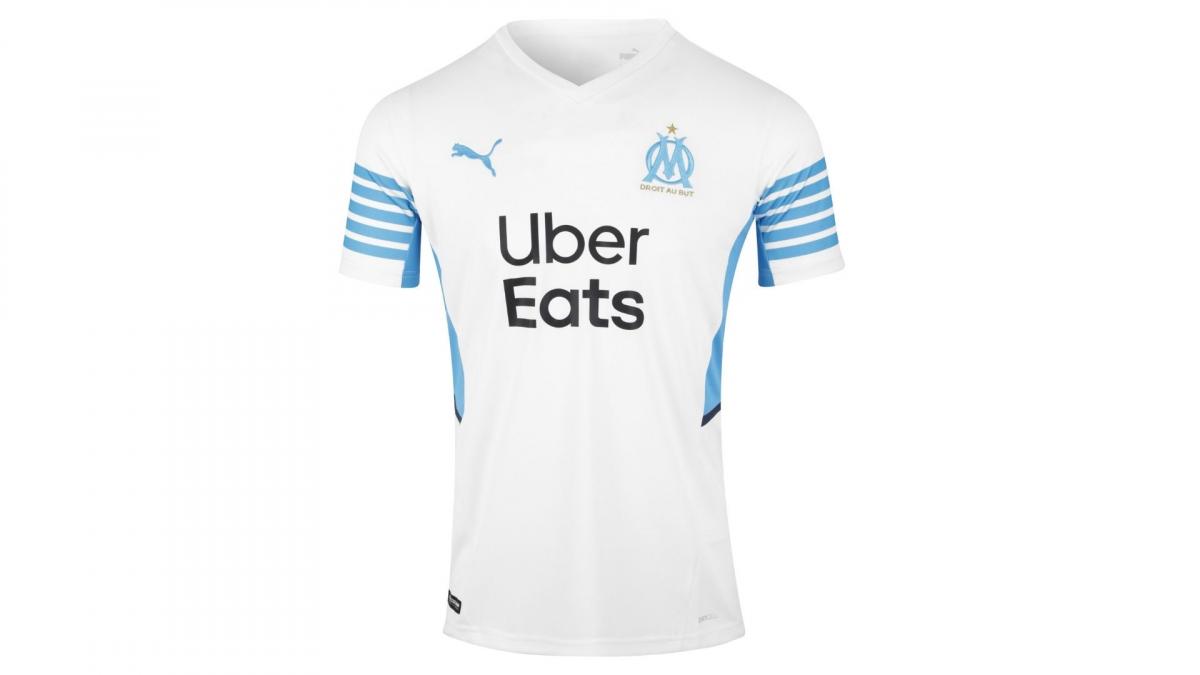 During this 1989-1990 season, Didier Deschamps and his partners were dressed in a white jersey with fine tone-on-tone stripes. There was also azure blue on the logos of the OM and the equipment manufacturer as well as on the two thick and spaced bands which covered the sleeves. The sponsor shirt Panasonic completed the tunic with navy blue. 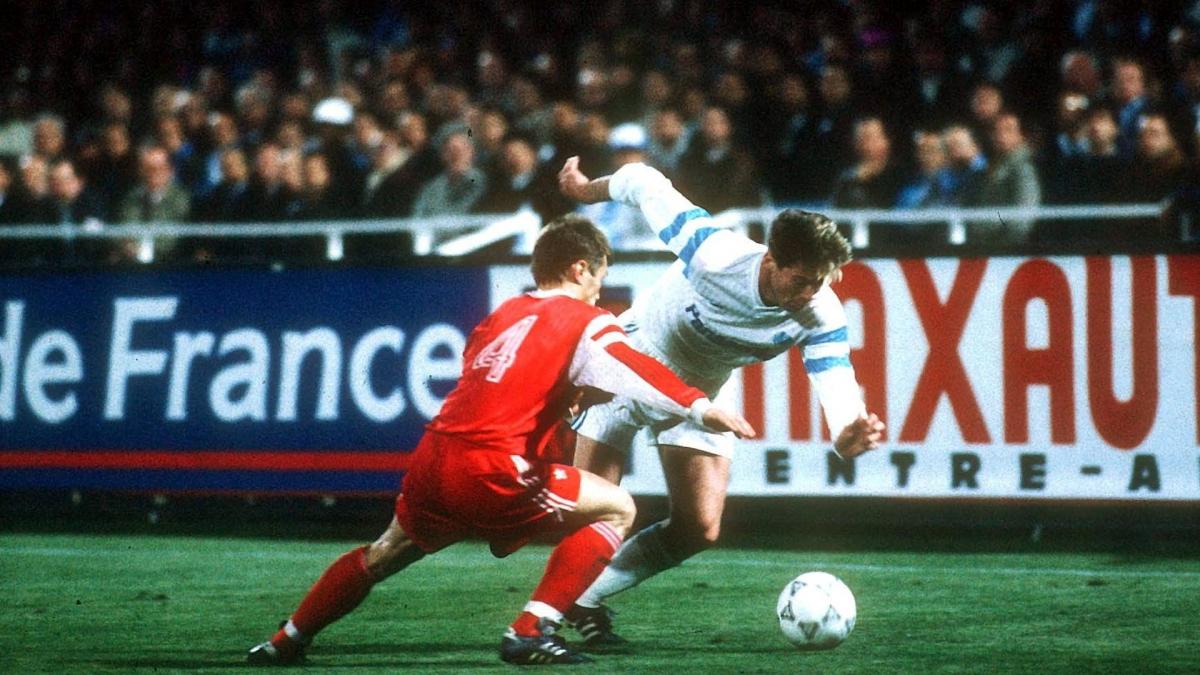 Today, Puma is inspired by this model but modernizes it with 5 thinner and less spaced azure blue bands at the sleeves, to which are added two rather thick bands at the ribs. The OEM and OM logos remain the same color, while white completes this new jersey without the tone-on-tone stripes. The only notable change in color comes from the Uber Eats jersey sponsor which is black. 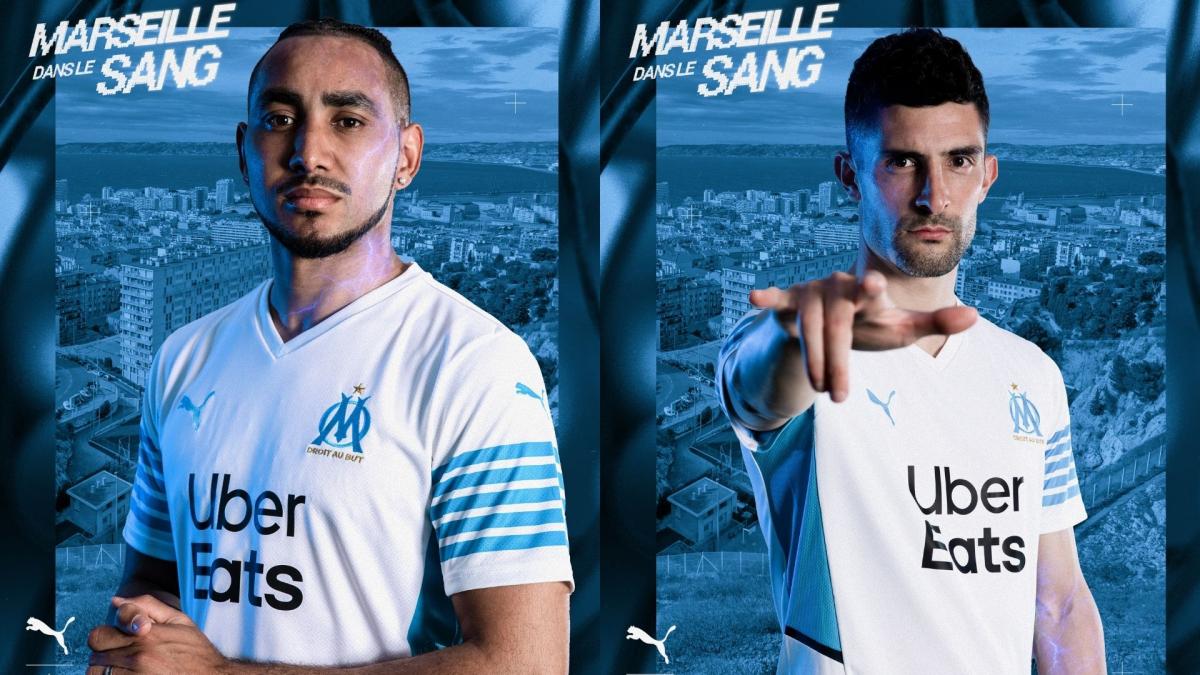 Shorts and socks of the same color complete the tunic that Steve Mandanda’s partners could wear from this Sunday, May 16 against Angers at the Vélodrome. 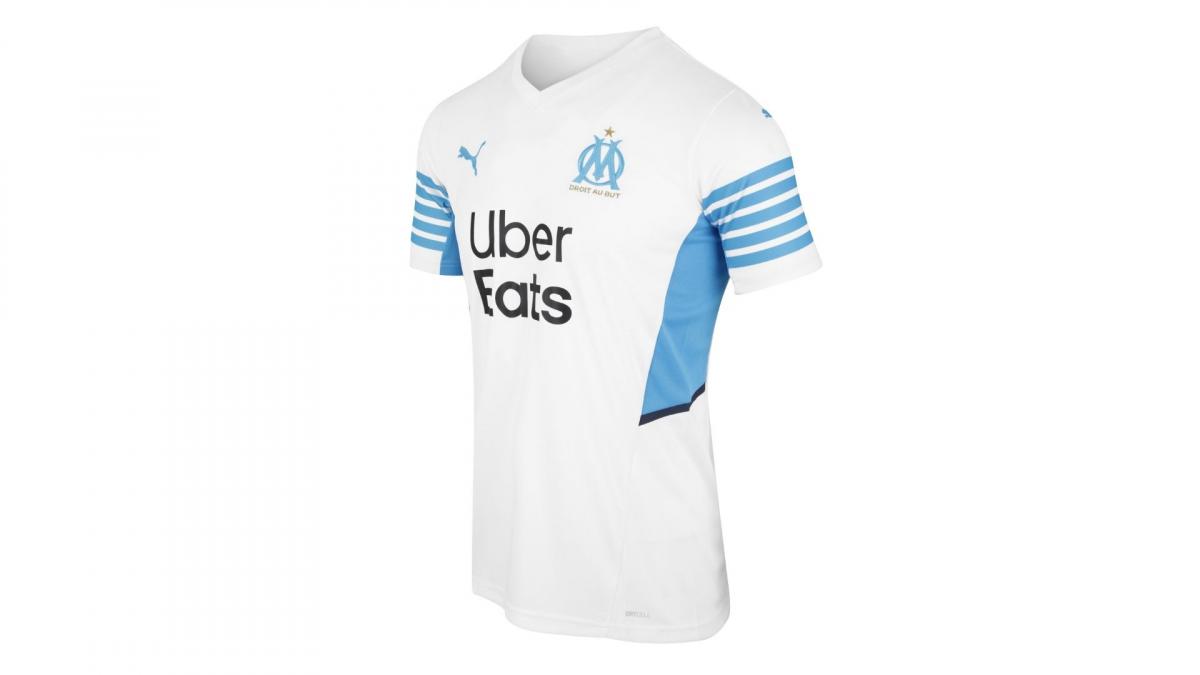 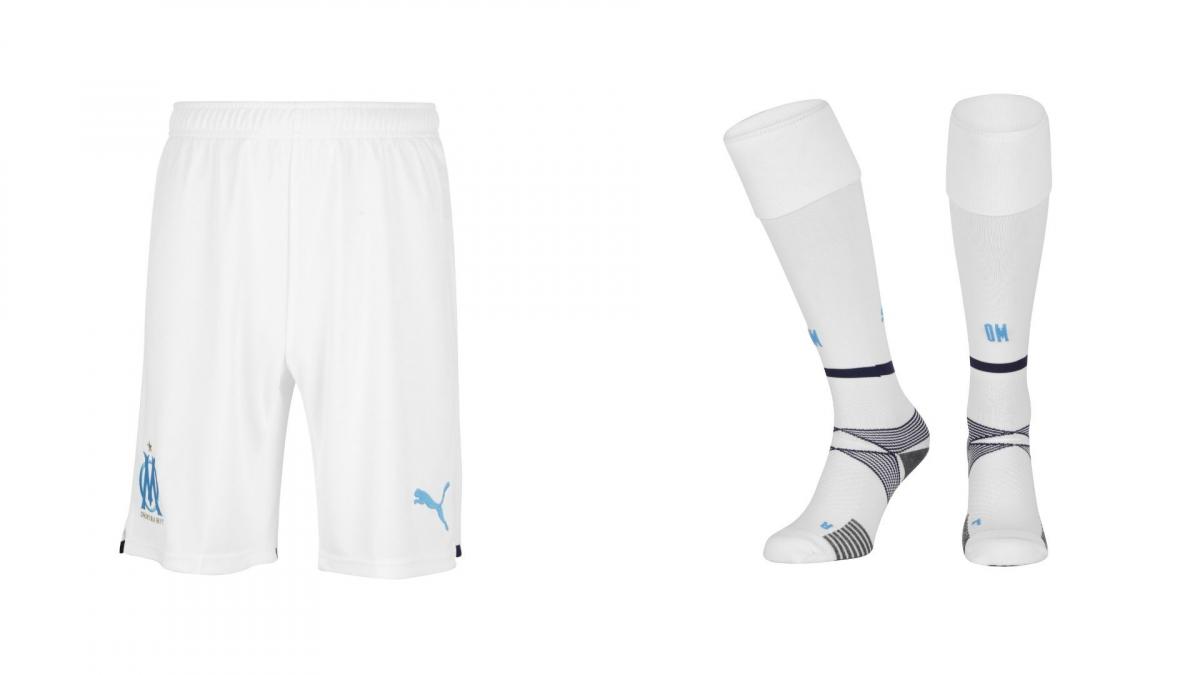