While the biggest stars equipped by Nike are currently competing in the Euro or the Copa America, the comma brand presents the all new generation of its Tiempo silo. Between tradition and modernity with a brand new design, the Tiempo Legend 9 which has been eagerly awaited for months should not disappoint lovers of the pair.

A little more than two years after the release of the Tiempo Legend 8 which was put forward by Virgil Van Dijk or Raphaël Varane and Sergio Ramos before they left Nike, the ninth generation of the Tiempo Legend is therefore born. . The history of the Tiempo silo began in 1983 before its exhibition grew during the 1994 World Cup won by the great Brazil. In 2005, Nike created the Tiempo Legend when Ronaldinho was at the top of his game. The pair of R10s had the particularity of having retained the main characteristics of the model which had made itself known to the American world by putting the famous kangaroo leather forward. 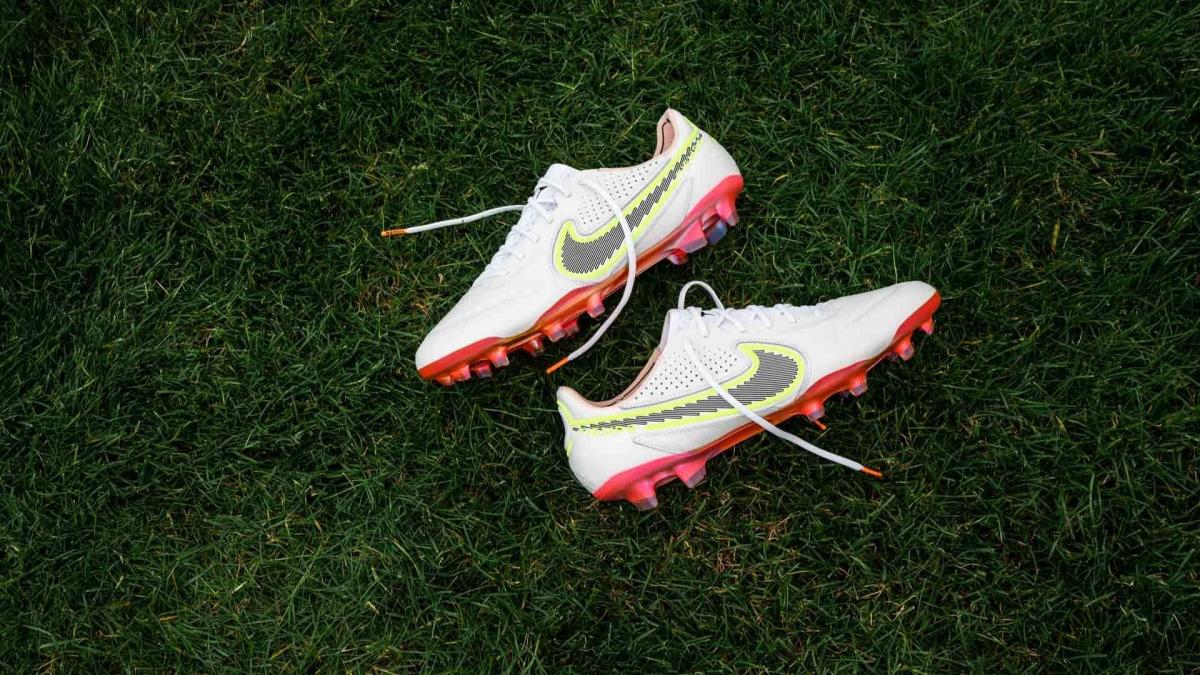 16 years later, what is now commonly called the defenders’ silo has evolved a lot, but the DNA of the first Tiempos is still present. If the Tiempo is the pair of Nike having known the most success in the long term, it is thanks to the comfort and the control of the ball that it offers and it is once again on this point that the equipment manufacturer intends to capitalize. American with the return of the legendary kangaroo leather confirmed by SoccerBible while Nike has not yet officially communicated on the pair. 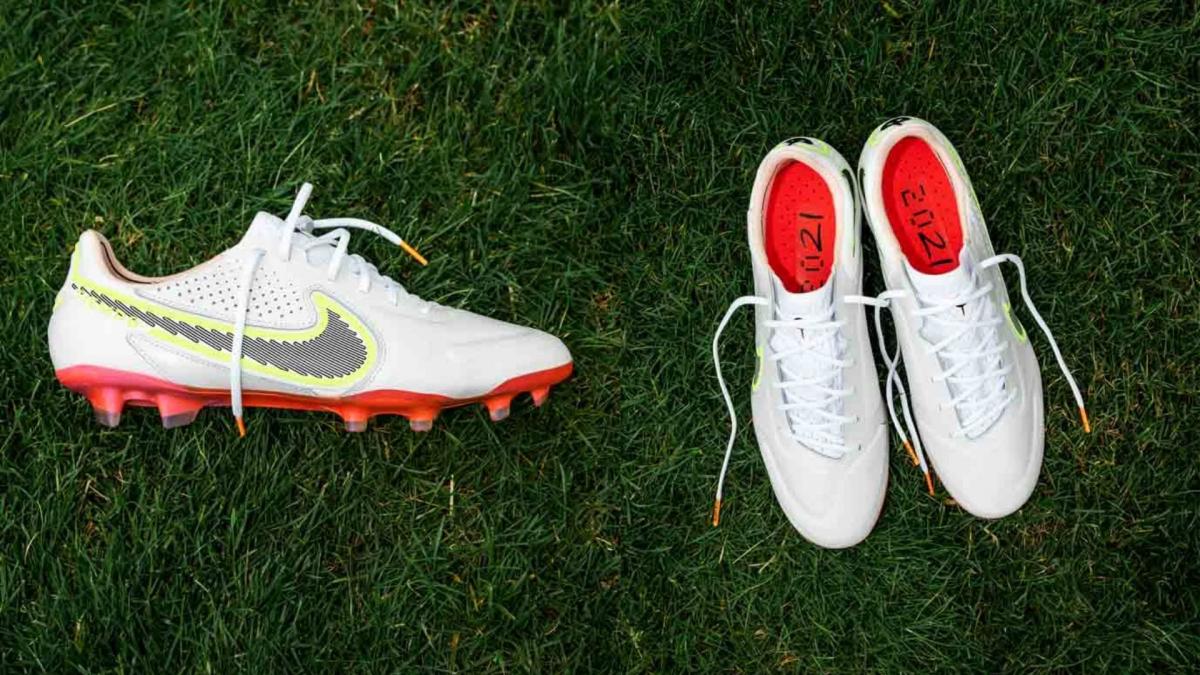 The technological innovations come mainly from the weight of the pair, which has lost around 20 grams compared to the Tiempo Legend 8 and which is approaching the symbolic bar of 200g. This lightness is made possible by the new upper which is much thinner and more classic than that of the previous version where we found the technology. ACC which offered better ball control. This time it’s foam inserts that are placed at key places where the foot and the ball meet with each touch of the ball. 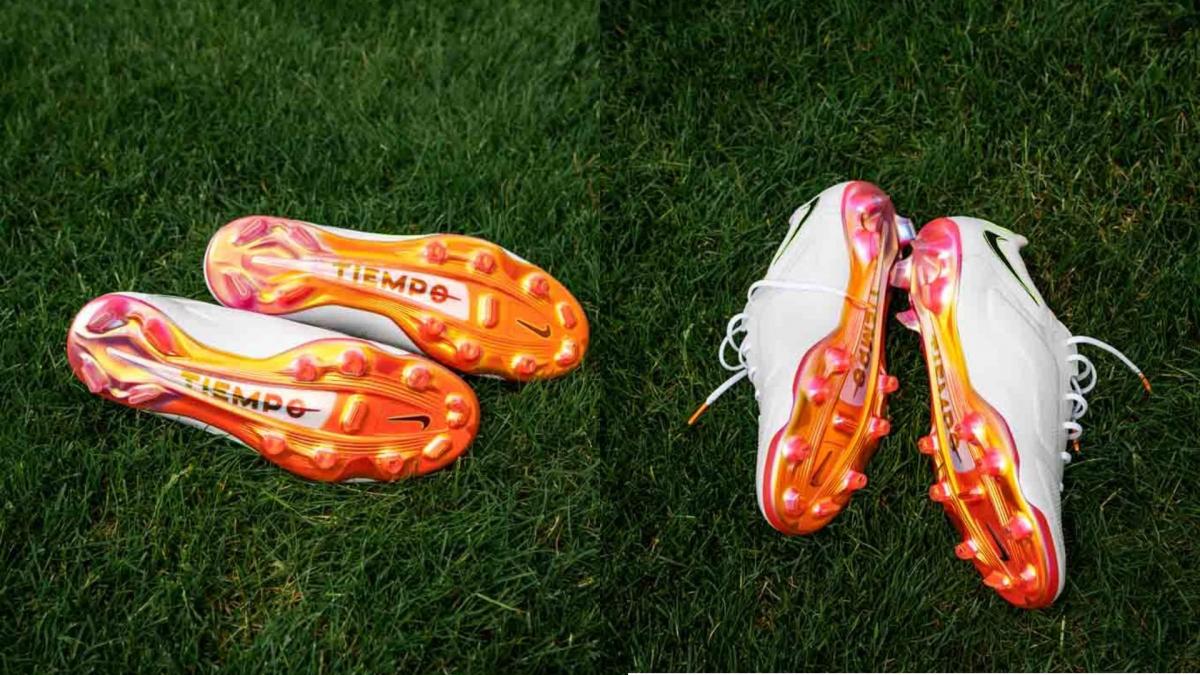 The other big novelty comes from the sole which has been redesigned and optimized for strength and traction adapting to modern football where lightness is mandatory to fight against the speed of the best players in the world. SoccerBible also informs us that Phil Foden, Joshua Kimmich and the stars of women’s football that are Lucy Bronze and Rose Lavelle would have been an integral part of the development of this pair. Which is further proof that the Tiempo is not just a shoe made for defenders.

Finally, on the colors side, this new Tiempo is in line with the last ones with a rather striking eye-catching side with a stem wrapped in brilliant white and gray commas surrounded by an electric yellow. The new sole has also been given a makeover with a mix of beautiful pink and orange. According to FootyHeadlines, this pair would be part of the pack dedicated to the Olympic Games, which also means that we should quickly find the Mercurial and the Phantom GT in new colors.

If it is not yet officially released, the Tiempo Legend 9 will soon be available on Foot.fr !