After a fifth consecutive season in the German elite punctuated by a 10th place in the standings, SC Friborg is already preparing for next season and today unveils its new tunics designed by Nike.

The club, founded in 1904, was equipped by Hummel this season but decided to trust the comma brand which had already supplied the club’s equipment between 2009 and 2016. During its first visit to Freiburg, the American equipment manufacturer respected the traditional club colors on home jerseys while reviewing their design on a frequent basis. White regularly took place on the secondary tunics while the third shirts changed colors every year. For its big comeback in Friborg, Nike has decided to be original.

The jersey that will be worn at the Schwarzwald-Stadion is revealed as always with a red background, but this time it is embellished with fairly dark tiger stripes providing a look that is out of the ordinary. As often, this tunic is also accompanied by a hint of white that can be found here on the Nike logo, the collar and the end of the sleeves. 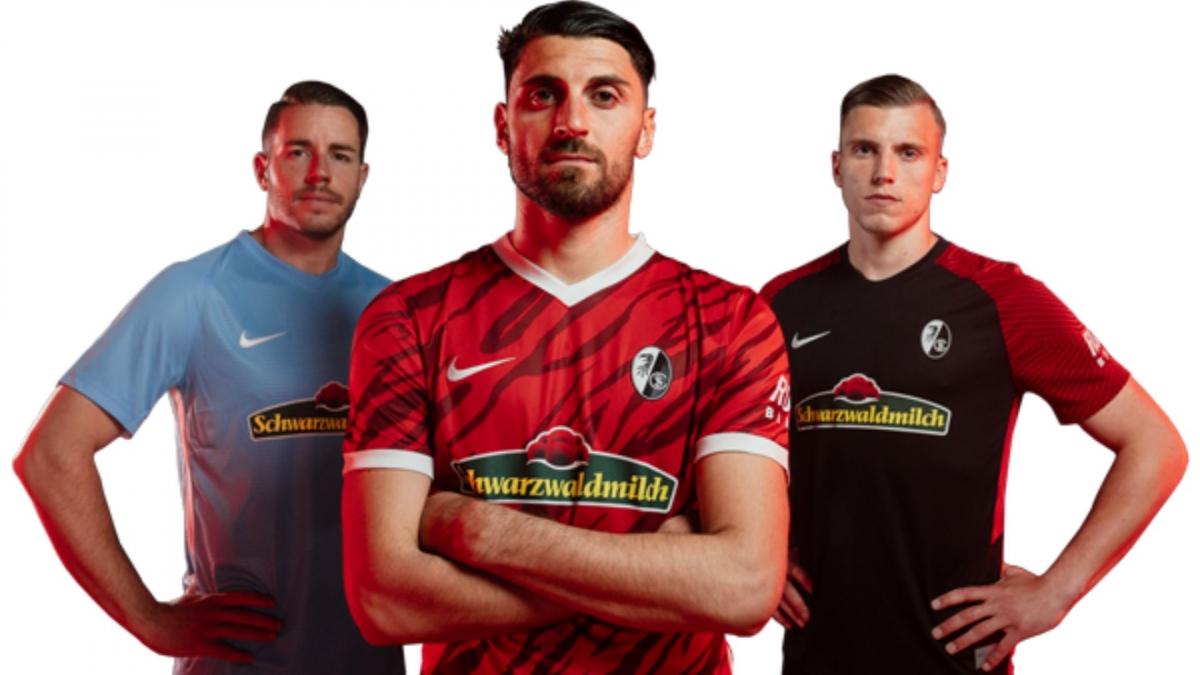 The away jersey comes with a black base while bright red covers the shoulders, sleeves and sides. Dark stripes that could resemble fingerprints also stand out on the shoulders and sleeves while black socks and shorts complete this outfit.

Finally, Christian Streich’s third men’s tunic is unveiled in a new sky blue color dotted with fine tone-on-tone horizontal stripes at the front. Always tone on tone, the legendary griffin of the club is subtly printed on the lower right part of the jersey while socks and shorts of the same color complete this third outfit.