Nike officially unveils the Mercurial worn by CR7 during the Euro!

While all Cristiano Ronaldo fans had already noticed that the five-time Golden Ball wore new shoes since the first match of the Euro, it was not until Belgium eliminated Portugal in the round of 16 for Nike to officially present his latest gem to the general public. The American equipment manufacturer was no doubt hoping for a qualification of the last European champions so that CR7 continues to put its pair forward, but it turns out that this Mercurial has been called “Spark Positivity” and that its name now takes on its full meaning. This pair perfectly represents the Juventus striker, who does not fear adversity and who is arguably already looking to next season and the 2022 World Cup. 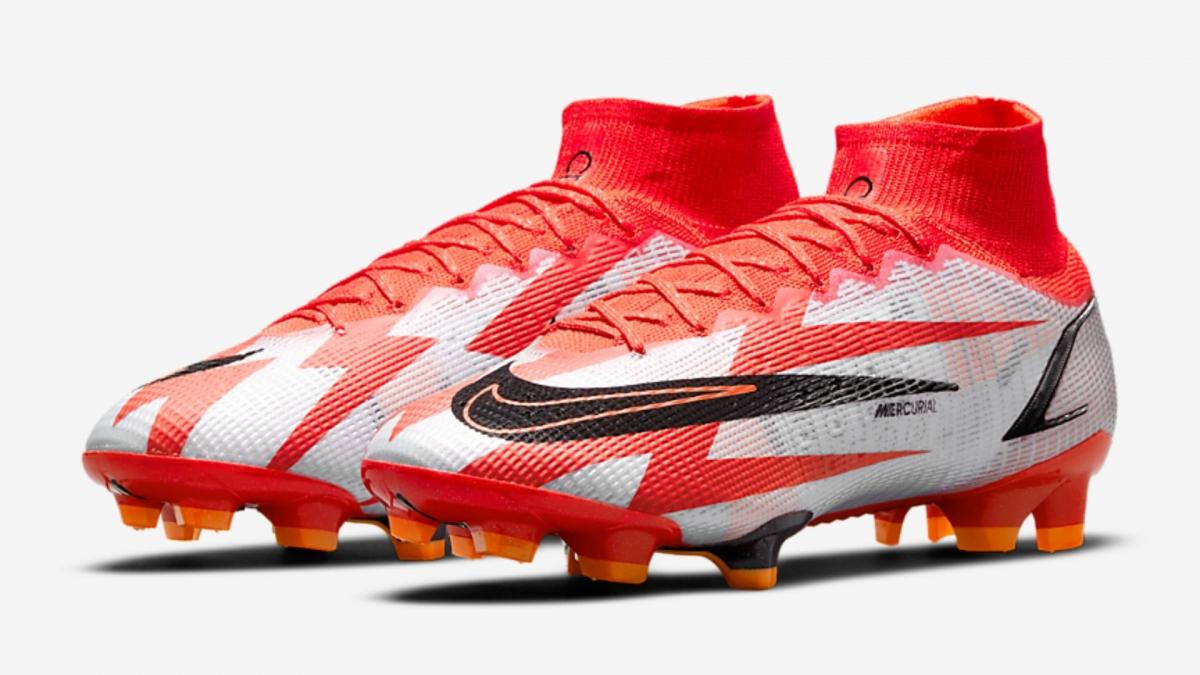 If the Mercurial is so popular today, it is in large part thanks to Cristiano Ronaldo, who has been the face of the silo for almost twenty years. The Portuguese is therefore naturally entitled to unique pairs called “signature” on a fairly regular basis. During this Euro, CR7 wore the Mercurial Superfly 8 in a red and white color that is obvious, just like the player he is. This pair brought luck to number 7 who achieved the best euro of his career statistically with 5 goals on the clock, all at 36 years old. 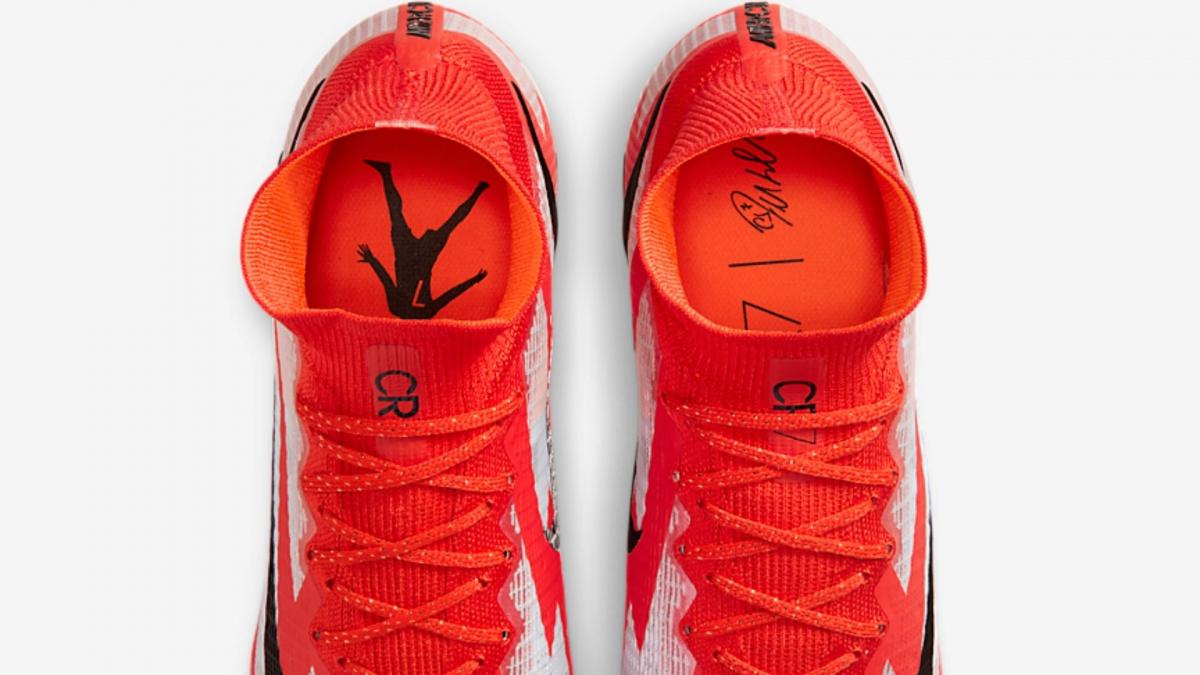 However, the Seleção captain did not benefit from any change on his crampons since we find exactly the same technologies as on the Mercurial worn by Kylian Mbappé, Eden Hazard or Luka Modrić. As with all the latest generation Mercurials, the technology Vaporposite is at the heart of the conception of “Spark Positivity”. This mesh upper replaced the Flyknit formerly used to improve ball control and give the feeling of having a second skin thanks to its finesse. Nike has also been at the end of its ideas in terms of customization since we find the now legendary celebration of CR7 at the level of the insole while the inscription “CR7” appears on the tongue.

This brand new pair of Mercurial will be available this Thursday, July 1 on Foot.fr, where you can also find the other pairs of your favorite players!