In the aftermath of the Mannschaft’s defeat in the round of 16 of the Euro against England, Nike offers a small consolation prize to the supporters of the German capital and unveils the new Hertha Berlin tunics for the 2021 season- 2022.

The club, founded in 1892, has been equipped with the comma brand since 1999 after having spent a few seasons in the company of adidas. Upon its arrival, the American brand upset the habits of the Hertha BSC, not necessarily relying on the traditional blue and white vertical stripes of the main tunics. In recent years, Nike has returned to this historic design but still completely modernized it as the away jerseys continue to change colors and styles with each new campaign. 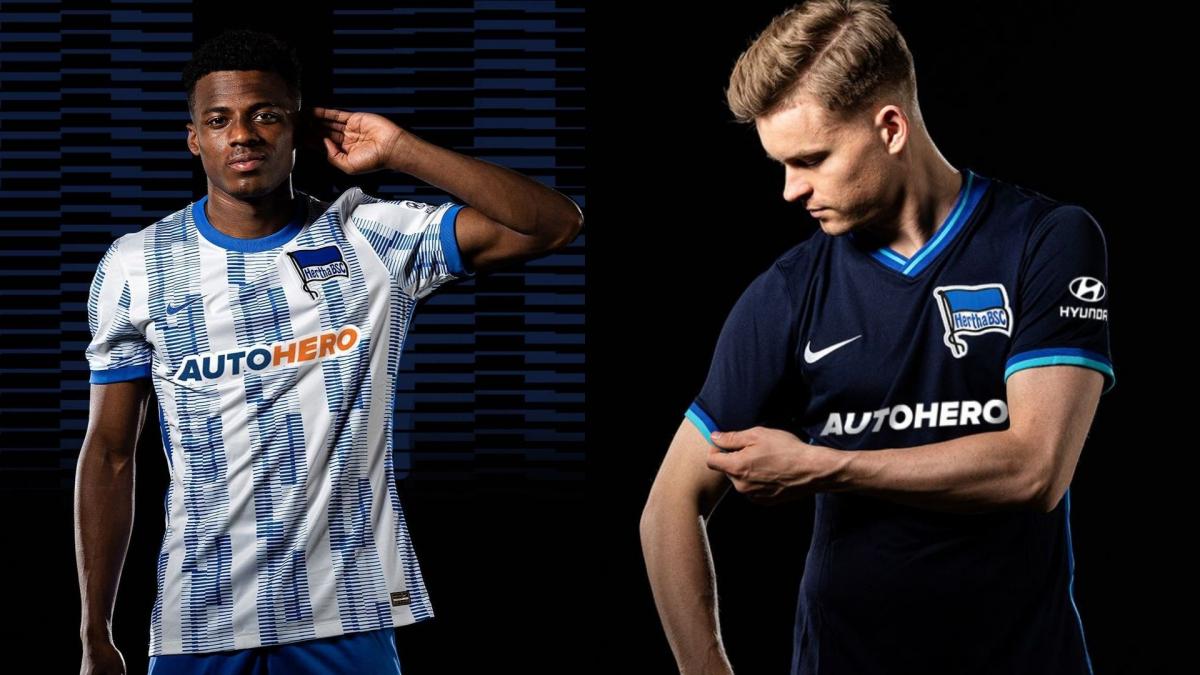 While the away tunics of European clubs tend to be less sober than the home shirts, this time it is quite the opposite for Hertha Berlin. The new jersey which will be worn at the Olympic stadium in Berlin is unveiled with a white background accompanied by blue vertical stripes in an original style. The end of the sleeves, the round neck and the logos are also presented in blue while the new sponsor jersey “AutoHero” appears in the center of the jersey with a touch of orange.

The tunic that Lucas Tousart and his teammates will wear away from Berlin is very sober with a navy blue background where royal blue and turquoise blue stand out at the collar and sleeves. Turquoise will also appear on the name and number of players on the back of the jersey, while white completes the outfit by appearing on the logos of the club and the equipment supplier as well as the jersey sponsor.

Tactical Analysis: How England found a way past Germany in the Euros

'Let him go', 'Gave us everything' – Some NUFC fans react after hearing 16-cap Int'l wants out