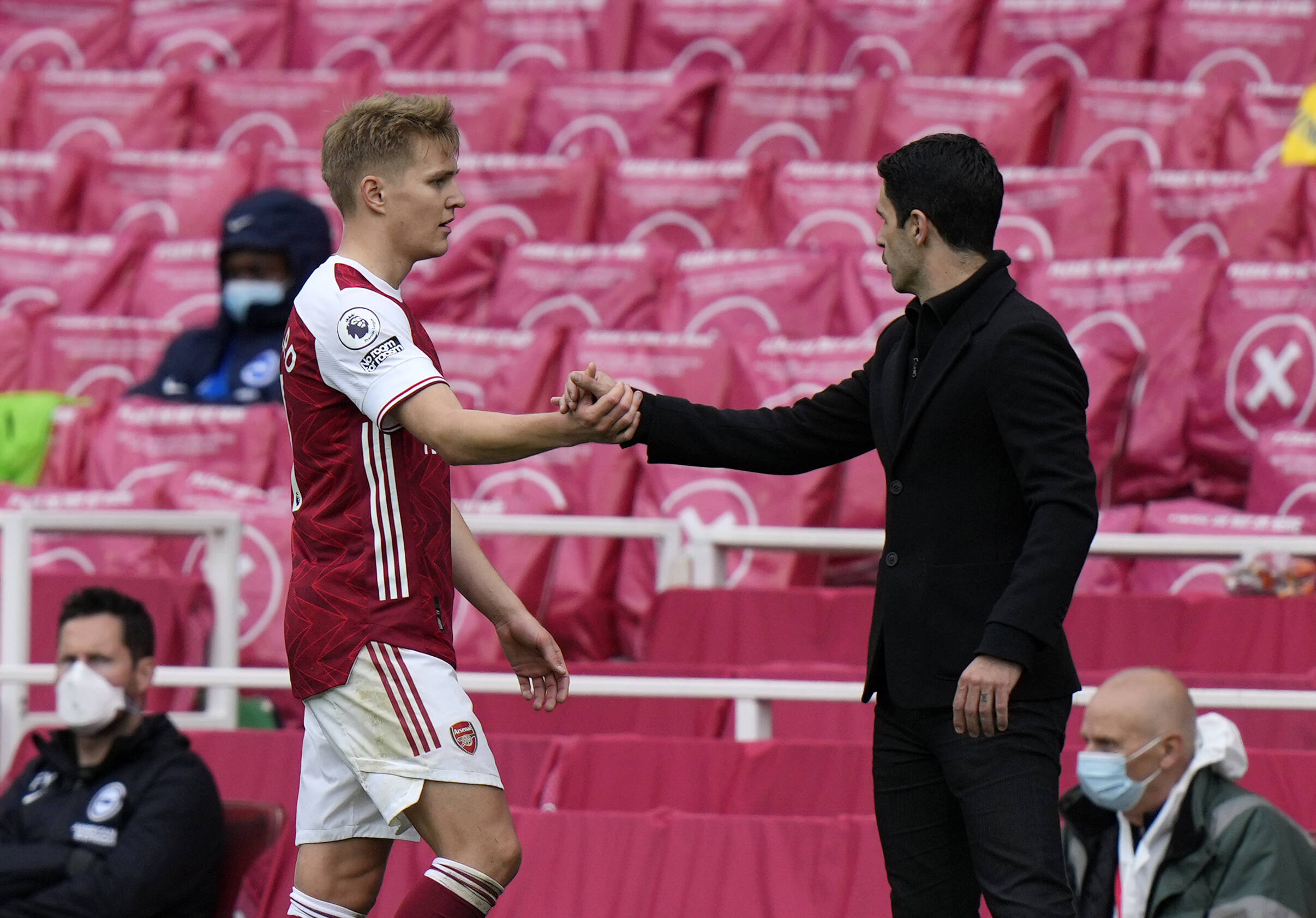 The Gunners ended the league campaign on a positive note with five successive wins, but they still failed to qualify for European football.

Odegaard ended the season with assists against Crystal Palace and Brighton, and he is now expected to return to parent club Real Madrid.

Speaking in his post-match press conference, Arteta was asked whether the Gunners could re-sign Odegaard following his short-term loan deal.

The Spaniard was unsure over the possibility, but was hopeful that Odegaard would choose the club this summer, if he makes the move away from the Bernabeu.

He told football.london: “I don’t know it’s not in our hands. He has adapted really well to our way of playing and our football club, and hopefully we have given him as well the hope and the feeling that it could be a good place for him.”

Odegaard made 20 appearances in all competitions for the Gunners following his January loan move. He managed to register two goals and two assists.

Aside from his goal contributions, the Norwegian also created multiple chances in the lead-up to goals, and it was a more than decent loan spell for him.

The Gunners re-signed Dani Ceballos on loan for a second season from Los Blancos last year, and they could propose a similar deal for Odegaard this summer.

If they are unable to re-sign him, a move for Norwich City’s Emiliano Buendia could be on the cards. The Argentine has regularly been linked over the past 12 months.

Buendia is coming off a fine campaign for the Canaries as they secured top-flight promotion. He registered 15 goals and 17 assists from 39 league outings.

He appears the better fit for the Gunners with his regular goal contributions, but the club’s preference could be on retaining Odegaard’s services next term.

Atletico move for Lacazette with ‘departure is scheduled for this summer’