Manchester City – PSG: Nike omnipresent at the feet of the stars

The clash between Manchester City and Paris Saint-Germain in the Champions League semi-final highlights the stars but also their shoes. We present to you the pairs of crampons that will be present tonight at the Etihad Stadium.

While the football planet comes to a halt on the nights of the Champions League, the equipment manufacturers take the opportunity to put forward their last gems at the feet of the biggest football stars and the least we can say is that Nike will take room tonight. According to a FootballBootsDB study, Nike represents 52% of the shoes on the feet of players in the 5 major championships while adidas represents 37% and Puma tries to stay in the race by being at the feet of 7% of these players. For this semi-final return of C1, logic is respected and the pairs of Nike will be omnipresent at the Etihad Stadium.

Despite the loss of many ambassadors like Neymar, the American equipment manufacturer should be placed at the feet of 13 players, pending the official compositions. Although it is the most popular pair on the market, it is not the Mercurial that stands out this time around since the Phantom GT is in the spotlight.

Unveiled last February with the Spectrum pack, the royal blue Phantom GT with the comma and the horizontal metallic silver band as well as its touch of green at the level of the studs will be worn by 9 players this evening. On the Parisian side, Marquinhos, Marco Verratti, Leandro Paredes and Mauro Icardi – who is expected to play at the forefront of the attack instead of Kylian Mbappé – will play with this pair in the colors of Manchester City. Coincidence or not, it is the most present pair among the Citizens since we will find it at the feet of Kevin de Bruyne, Phil Foden, Rodri, Ruben Dias and John Stones. In terms of technologies, the Flyknit takes place on the upper with ACC technology that would offer optimal ball control in all playing conditions. 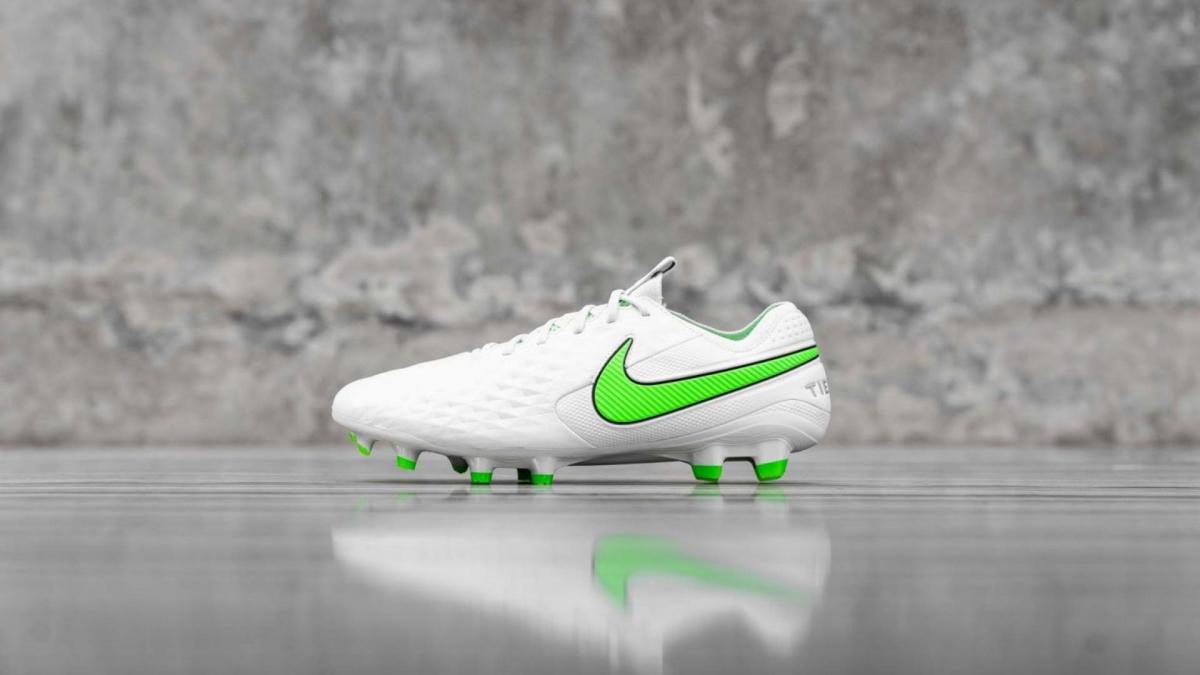 We continue on the side of the American brand where the Tiempo is neglected and will only be present at the feet of Alessandro Florenzi. The Italian evolves with the Tiempo Legend 8 from the Spectrum pack which appears in a platinum hue with a very pronounced neon green on the comma. The one called the defenders shoe is dressed in the classic kangaroo leather as on the shoes of yesteryear but still remains modern thanks to the plate Hyperstability which is very light. 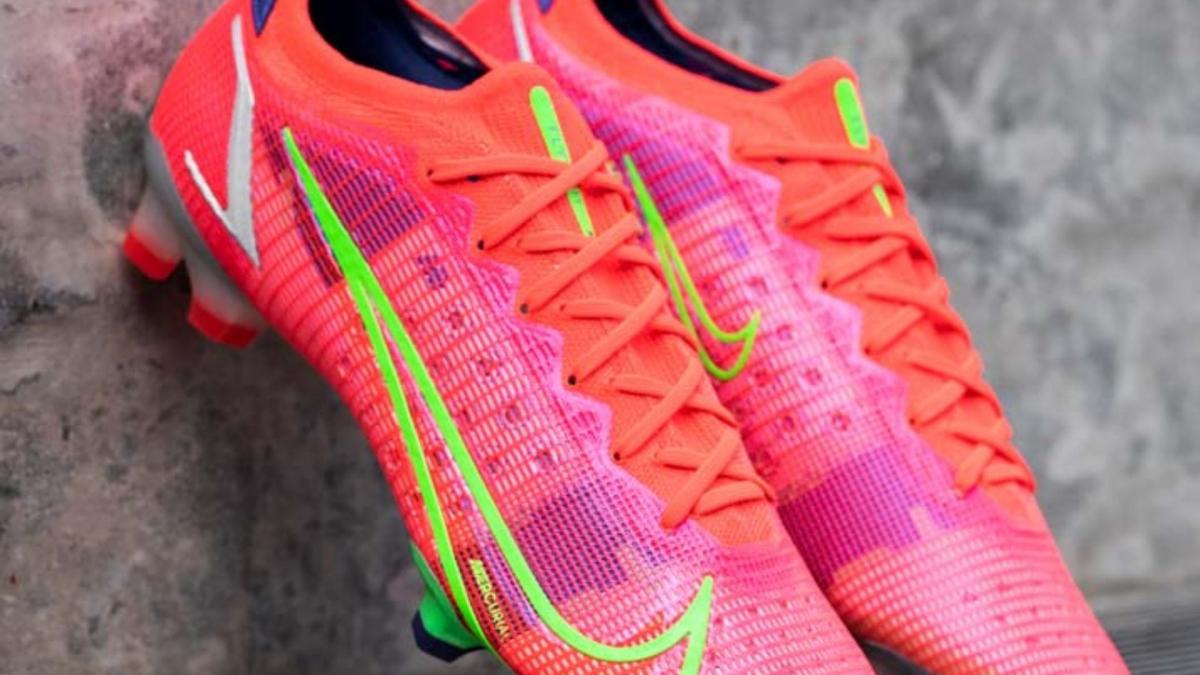 Three pairs of Mercurial will be in the spotlight of the Etihad Stadium tonight, it is not much for the most popular shoe of the circuit but it is also due to the absence of the starting XI of Kylian Mbappé, who was to play with the Safari colourway of the Superfly 8. Joao Cancelo will bring light to the field by wearing Vapor 14 Safari while Riyad Mahrez will put on the Superfly 8 from the Spectrum pack. On these latest generation Mercurials, we find the technology Vaporposite which is a mesh upper that would improve ball control and give the feeling of having a second skin as it is thin. Presnel Kimpembe also opts for the attacking shoe but he will not wear the last generation, preferring the Vapor 13 and its upper in Flyknit. 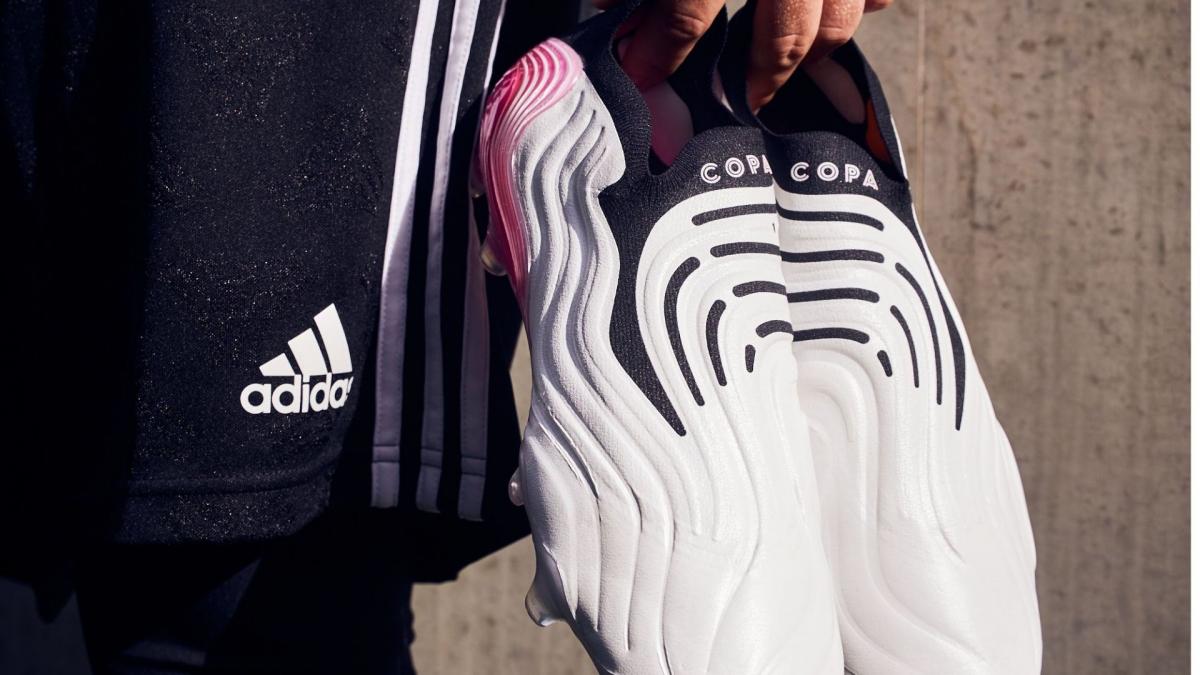 As for adidas, İlkay Gündoğan will highlight the new generation Copa in its latest color from the Superspectral pack where we find new technologies SensePods, TouchPods and SoftStuds combined with the legendary kangaroo leather. 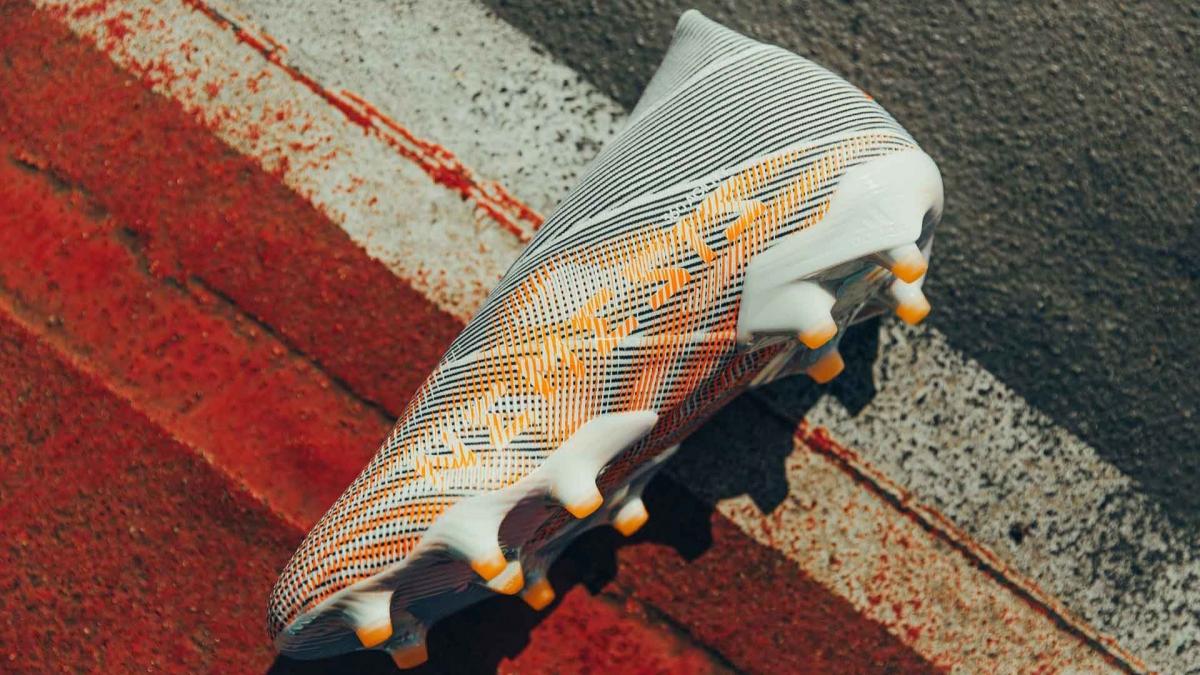 Probably starting in the absence of Idrissa Gueye and Kylian Mbappé, Julian Draxler will wear the Nemeziz.1 of the Superspectral pack, just like Bernardo Silva. In its zebra color, the Nemeziz.1 is popular for support and agility thanks to its textile upper Tension Tape that envelops the foot. 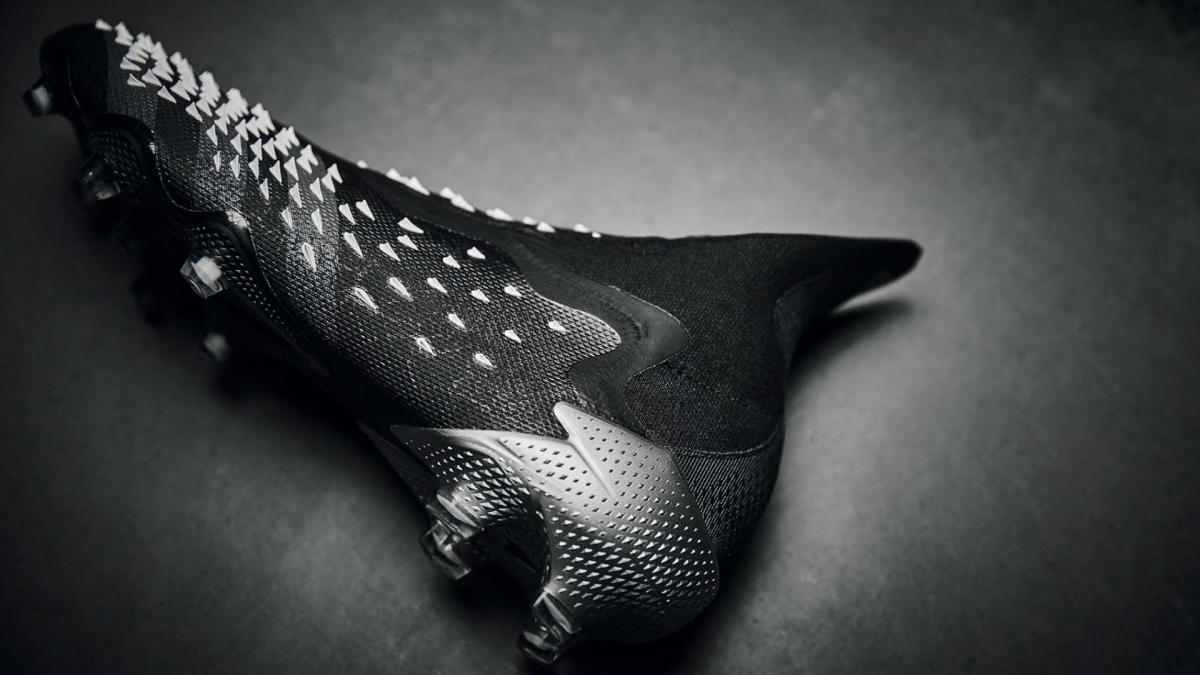 In the Parisian cages, Keylor Navas opts for sobriety and will wear Predator Freaks from the Superstealth pack presented on a black background with a touch of gray on the 3 bands of the brand, the heel, the crampons as well as the “Demonskin” which are small rubber scales that would optimize the touch of the ball. 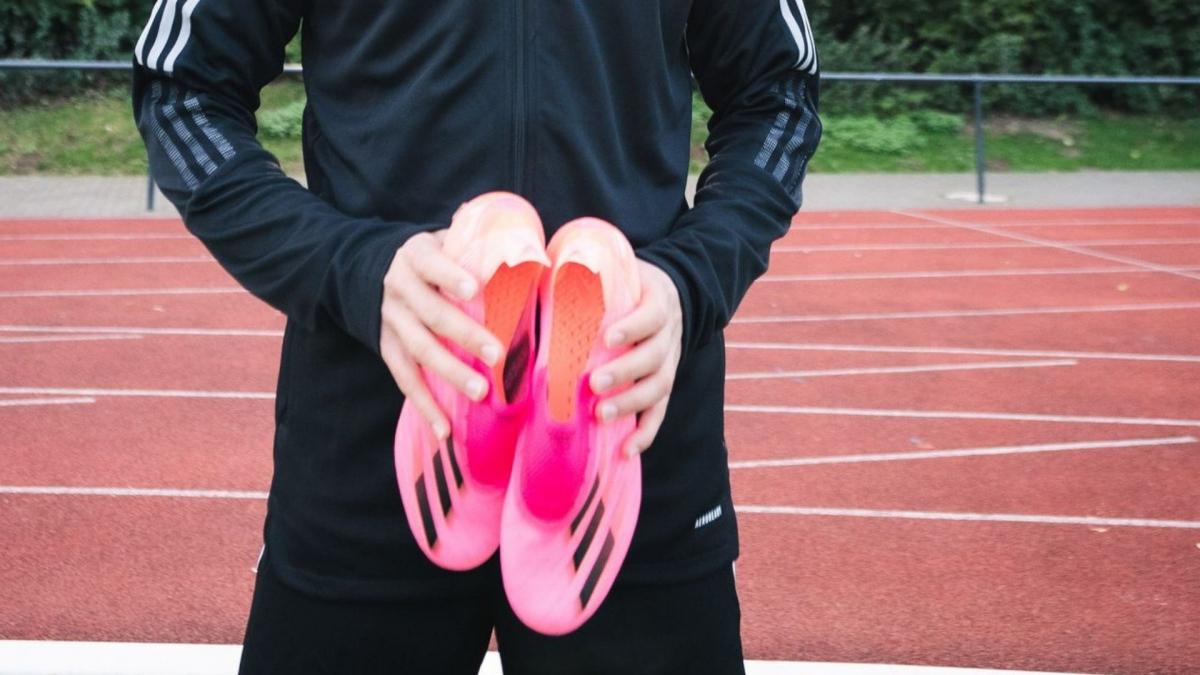 Finally, the last adidas silo will be represented by the one who could rock the meeting on the Parisian side: Angel Di Maria. The Argentinian will make his speed and explosiveness speak thanks to the sole SpeedFrame and its insert Carbitex in carbon fiber. The right winger will evolve with the latest colorway of the X Ghosted unveiled at the release of the Superspectral pack. 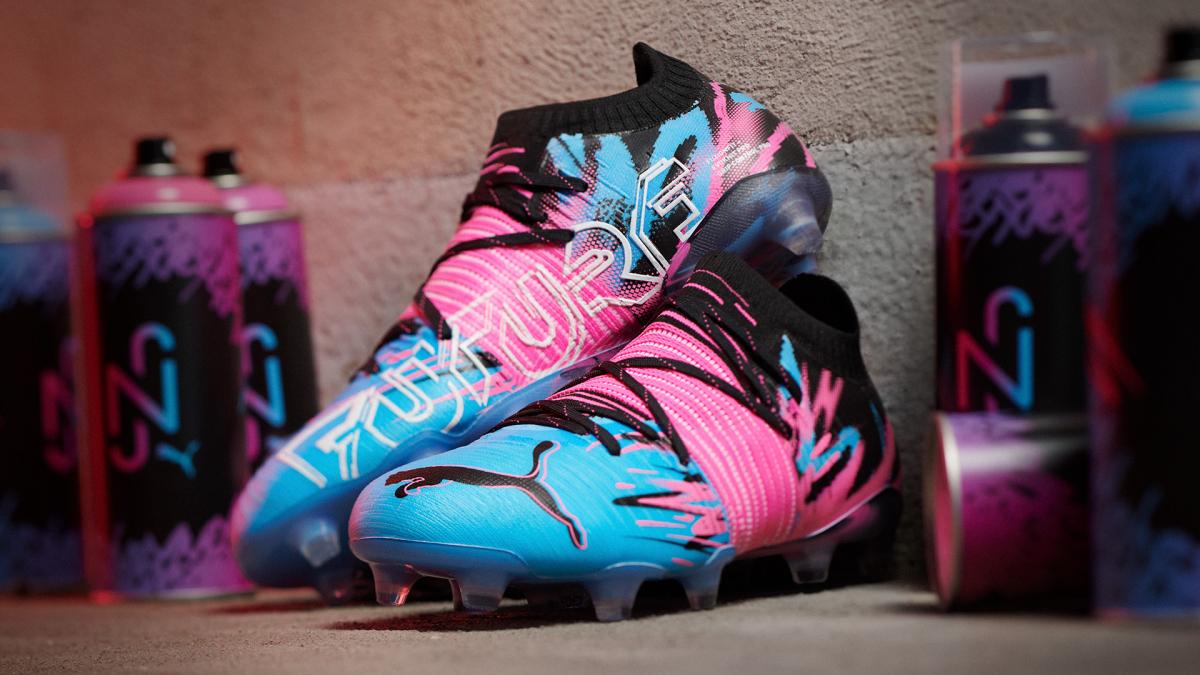 On the Puma side, the Brazilians Neymar and Ederson will wear the Future Z created following the arrival of the Parisian number 10 in the ranks of the German equipment manufacturer. The Brazilian could opt for the recently released Creativity colorway or rather a new pair in connection with Fortnite. Ederson will wear the Future Z from the Spectra pack. Regardless of the color chosen, we will find the adaptable compression band “FUZIONFIT +” which offers optimal support as well as ideal support for explosive movements and changes of direction. 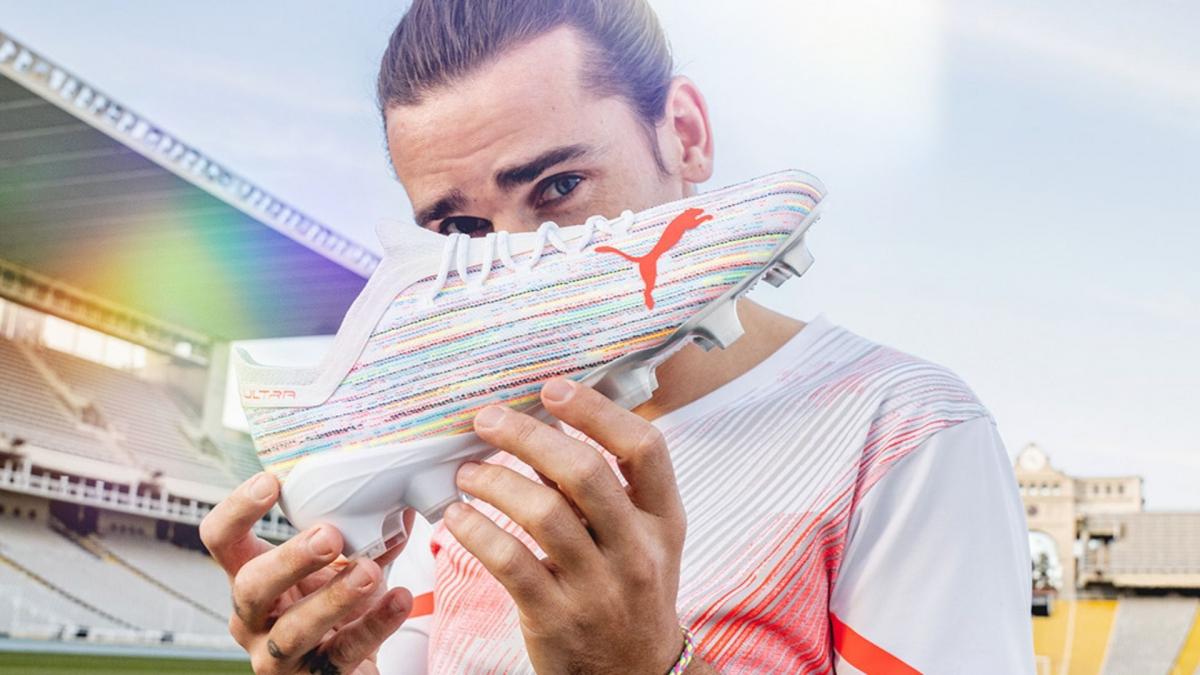 Antoine Griezmann’s silo will also be present for this C1 semi-final since Abdou Diallo and Kyle Walker will wear the Ultra 1.2 from the Spectra pack and its flashy color where we find a synthetic upper “MatryxEVO” multicolored, designed with carbon filaments and aramid fibers for more resistance, flexibility and lightness.

We will note that few adidas ambassadors will be present at the kick-off while Puma remains within its standards and Nike is flying over the competition.

Arsenal and Liverpool to ‘very interested’ in Renato Sanches