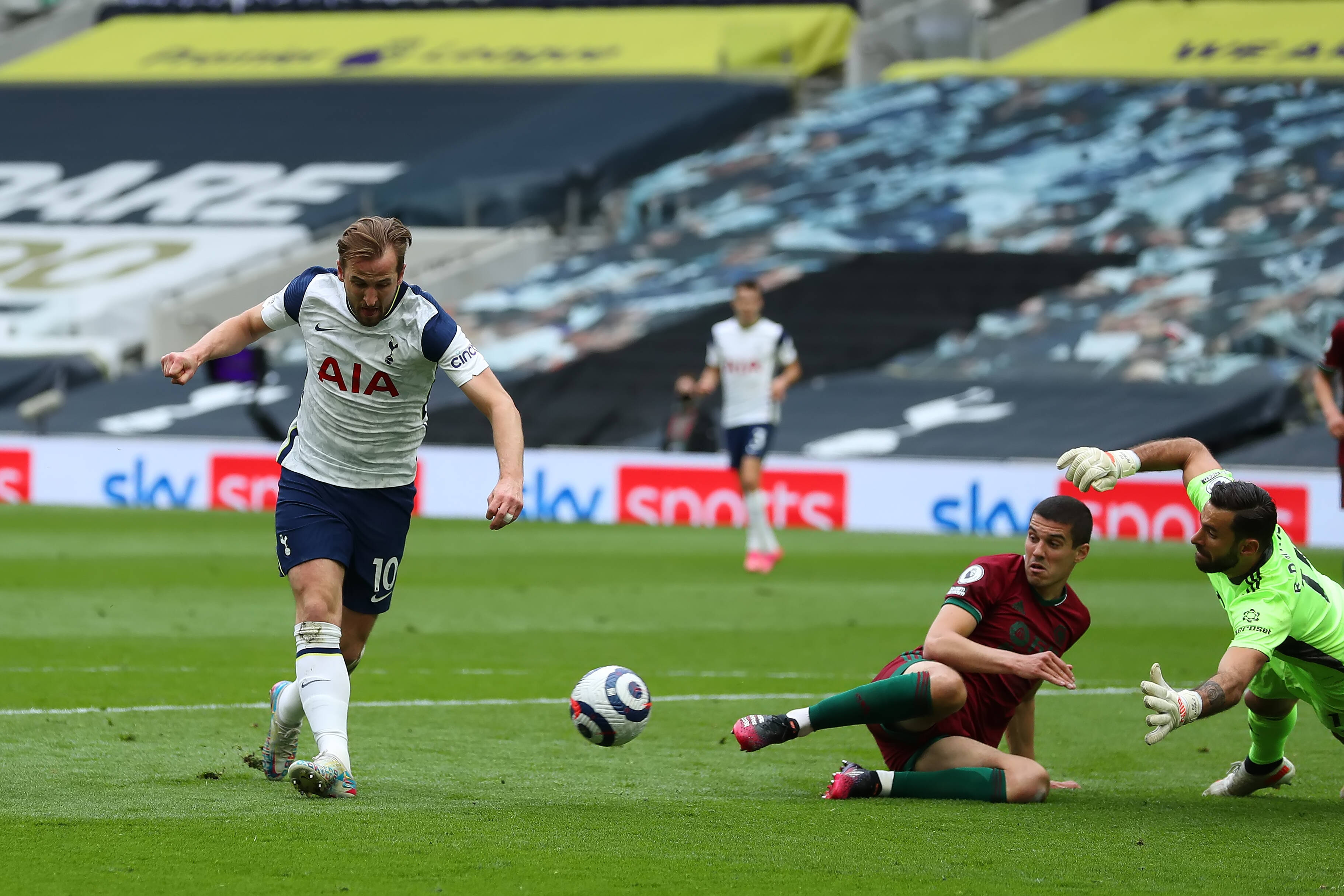 According to Sky Sports, Tottenham Hotspur striker Harry Kane has told the North London club that he wants to leave this summer.

It appears that Spurs are willing to consider his feelings as they are now making enquiries about potential replacements.

Manchester United, Manchester City and Chelsea have all been in touch with Kane’s representatives, expressing a desire to sign the England international when the summer transfer window opens.

The Tottenham star is keen to continue playing in the Premier League and wants to have his future resolved before next month’s European Championships starts.

Kane wants to play regularly in the Champions League and challenge for silverware, but both have proved elusive at Spurs in recent seasons.

Ryan Mason’s side have to win their last two Premier League games of the campaign and hope both Leicester City, Chelsea and Liverpool drop points to have a chance of finishing in the top-four.

It does not appear that Kane is interested to see whether that happens, though, as the project at Tottenham has not been convincing.

That has not happened, though, and they have since parted ways with the Portuguese.

Man City are in the market for a striker with Sergio Aguero leaving at the end of the season, and Kane would be a perfect replacement.

Man Utd boss Ole Gunnar Solskjaer also wants a top quality hitman in order to challenge for the title next term and going forward, while Chelsea could do with an upgrade on the misfiring Timo Werner.