Diego Llorente has taken to Instagram to share his reaction after Leeds win vs Tottenham Hotspur on Saturday.

Leeds defeated Spurs 3-1 in the Premier League at Elland Road.

It was a very entertaining game, with goals from Stuart Dallas, Patrick Bamford and Rodrigo sealing all three points for Marcelo Bielsa’s side.

Llorente started the game and played the entire 90 minutes. The Spaniard took to social networking site Instagram after the game to share his reaction. He wrote:

“Another prestigious win. This team doesn’t stop growing. I really want to live these moments with the fans in the stadium!”

His club teammates, Luke Ayling and Liam Cooper, responded to his post. 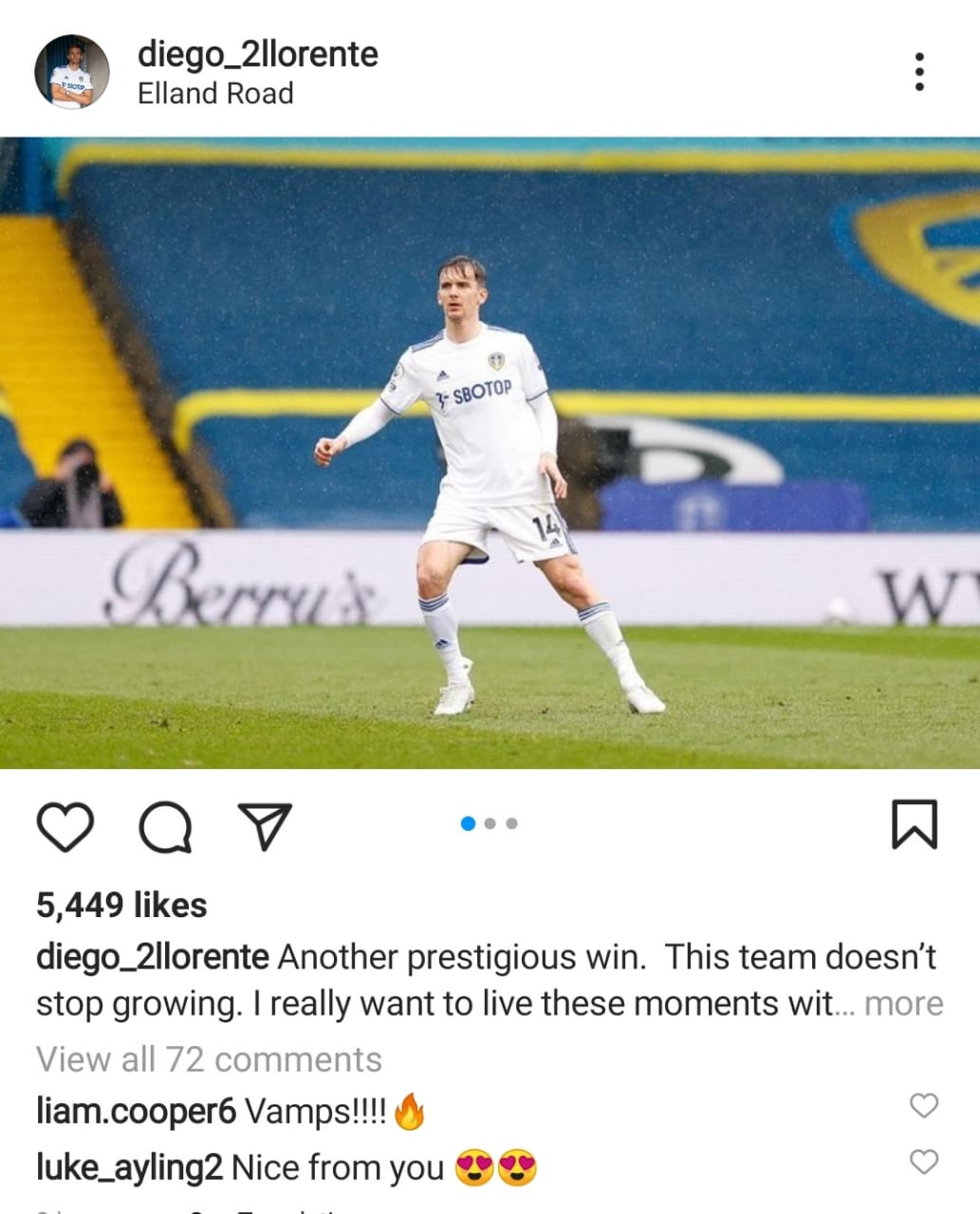 Llorente was brilliant during the match, making four interceptions and four clearances, according to whoscored.

The Spaniard struggled with injuries in the first half of the season, but he has been simply outstanding in the past couple of months.

He has now made 13 appearances in the Premier League and has gradually become one of the first names in Bielsa’s teamsheet.

With Robin Koch now fully fit, he could forge a strong centre-back partnership alongside Llorente next season.