This weekend’s marquee Premier League clash will play out on Sunday afternoon.

Manchester United will host Liverpool in what is set to be a huge game for the latter.

United begin the weekend’s action sat 2nd, with a 12-point advantage on 5th place – meaning their spot in next season’s Champions League is already all but secured.

Liverpool, on the other hand, still have it all to play for and cannot afford to drop any points in their final five league ties this term.

At present, the Reds are sat 6th in the league, four points adrift of 4th-place Chelsea. Jurgen Klopp’s side have also failed to win their previous two PL games, with the form of two of their regular front three becoming a real concern.

Ahead of the tie, Jurgen Klopp spoke to the media on Friday afternoon.

The German would discuss a number of topics in the presser including providing updates on Virgil van Dijk, Joe Gomez, Joel Matip and Jordan Henderson.

The German, though, confirmed they are all still lots of steps away from joining in team training.

“I don’t have enough English words to say the same thing that often. Yes he is running like Hendo, Joe and Joel. Rehab always starts with straight line running. Lot of things to come, a lot of steps before finally ready to join team training.

“They are all quite away from that. Nobody has told me they are in team training next week. But they are in a good way.”

Klopp: They are all quite away from that. Nobody has told me they are in team training next week. But they are in a good way. 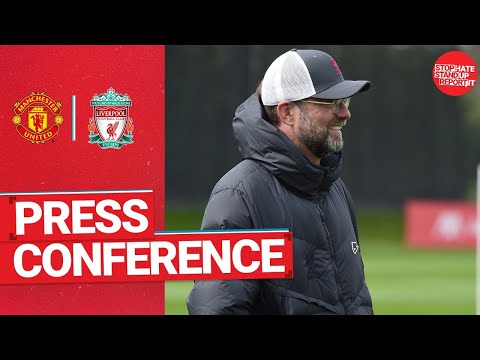 As Mo Salah surpasses the 20 goal mark in the Premier League, relive each…