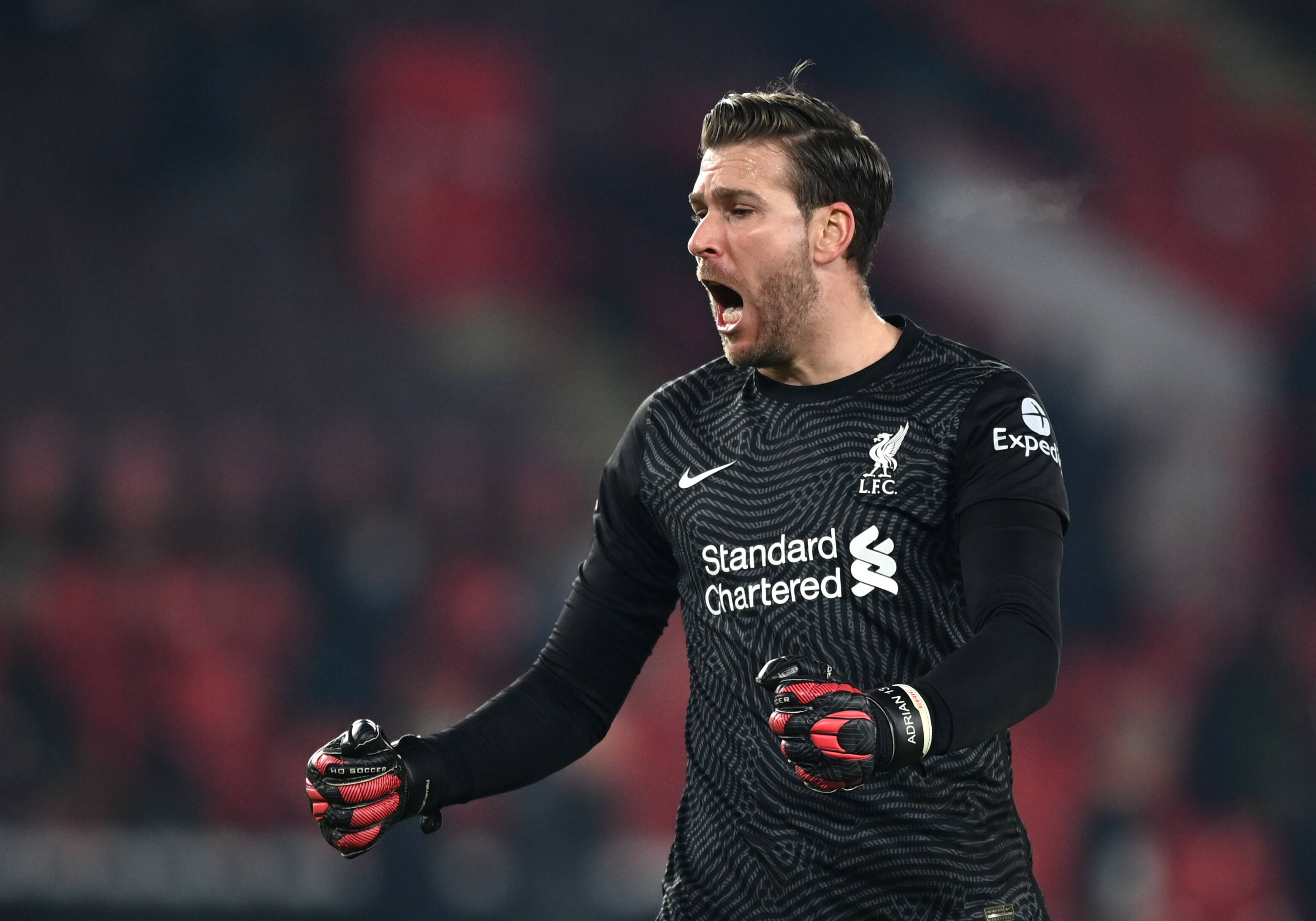 Liverpool will hand goalkeeper Adrian a new contract offer on less cash, according to The Sun.

The Spaniard joined the Reds as a free agent in the summer of 2019 and has featured in 24 games across all competitions thus far.

Adrian arrived as a cover for Alisson Becker but has dropped to third-choice as he is now behind Caoimhin Kelleher in the pecking order.

The 34-year-old has made five errors directly leading to goals and had a bad run in the first-team.

While it earlier appeared that Adrian’s days at Anfield were numbered, manager Jurgen Klopp is now happy to keep him.

The German dubbed the former West Ham United goalie ‘a very strong character’ of recent, and it seems he would love to have him in the dressing room for much longer.

Adrian currently has a year left on his Liverpool contract but he could be staying beyond the summer of 2022 and will be hoping to impress whenever he is called upon.

The former Real Betis star started his Reds career on an impressive note, helping them win the 2019 UEFA Super Cup after putting in a top shift in the penalty shoot-out victory over Chelsea.

Despite his errors, Adrian’s experience has come in handy and he is always top of his game on his day.

It remains to be seen if he will be keen to stay at Anfield beyond next summer, but he is not likely to be short of suitors should he choose to leave.

In other news, Liverpool are reportedly eyeing summer move for title-winning £100m hitman.