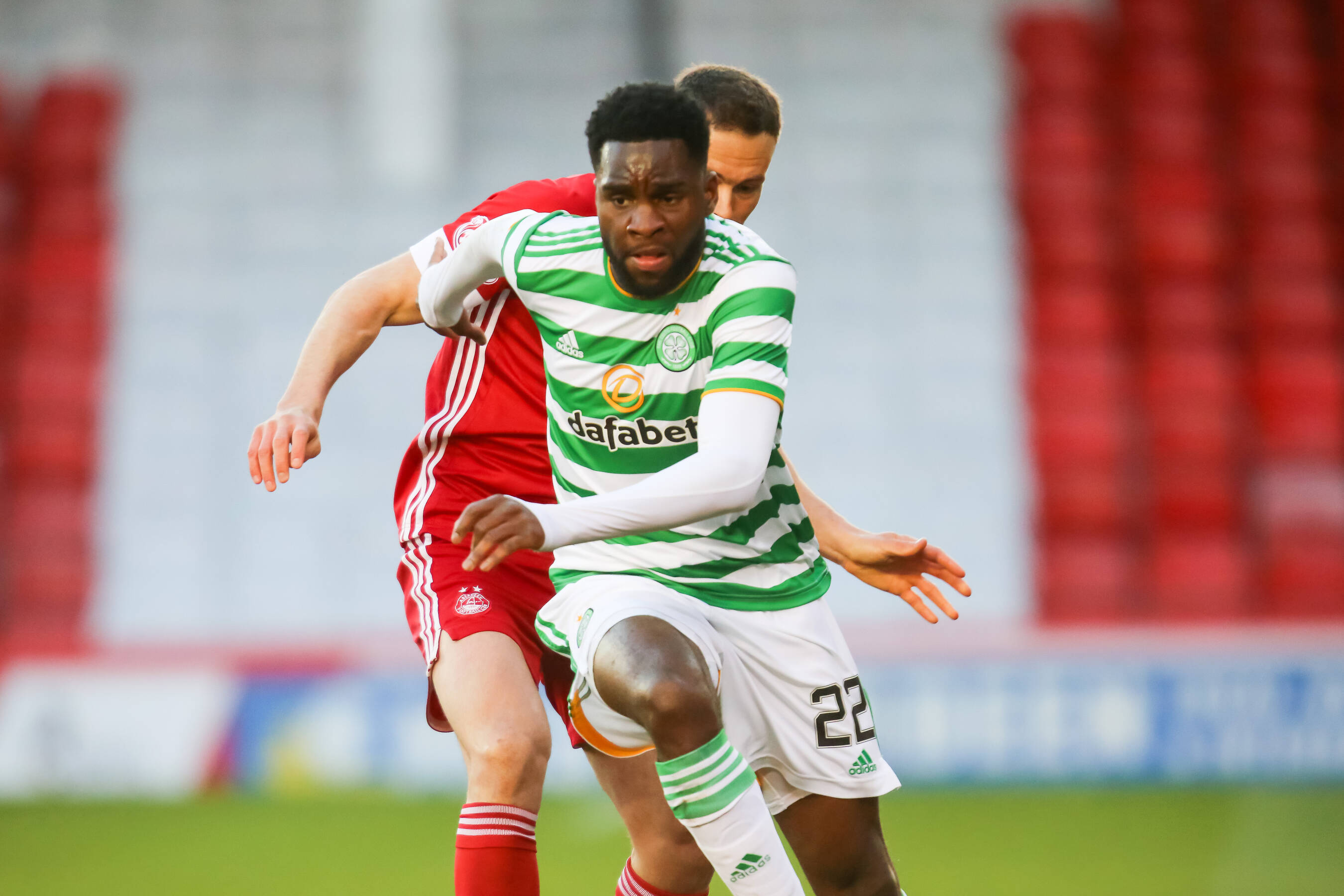 The Frenchman recently finished his fourth season with the Hoops, registering 22 goals and six assists from 40 appearances in all competitions.

He has just 13 months left on his contract, and has been fancied to move to England with Foxes, Brighton & Hove Albion and Arsenal among the admirers.

It is now reported that the Foxes are ‘really interested’ in the 23-year-old, who has put contract talks on hold with the Glasgow giants.

Edouard appears keen on a fresh challenge, and a reunion with former Hoops boss Brendan Rodgers at the King Power Stadium could be hard to refuse.

However, the youngster may struggle for game time as Rodgers is unlikely to play him ahead of either Jamie Vardy or Kelechi Iheanacho.

The Frenchman could find himself in a similar situation to Cengiz Under, who was a regular on the bench during his loan spell from Roma.

He may not be guaranteed regular starts with the Gunners either with the presence of Pierre-Emerick Aubameyang and Alexandre Lacazette.

Lacazette’s future remains uncertain, but manager Mikel Arteta is a huge admirer of the striker and could convince him to stay with a new deal.

His best chance of establishing himself in the Premier League could be with the Seagulls, who are on the search for a genuine goal scorer.

The south coast outfit underperformed in the final third of the pitch last term, where they were guilty of squandering multiple scoring chances.

They ended up with 41 points for the campaign, but should have accumulated much more with the scoring opportunities that came their way.

Edouard could be available for £15-20 million in the upcoming transfer window.