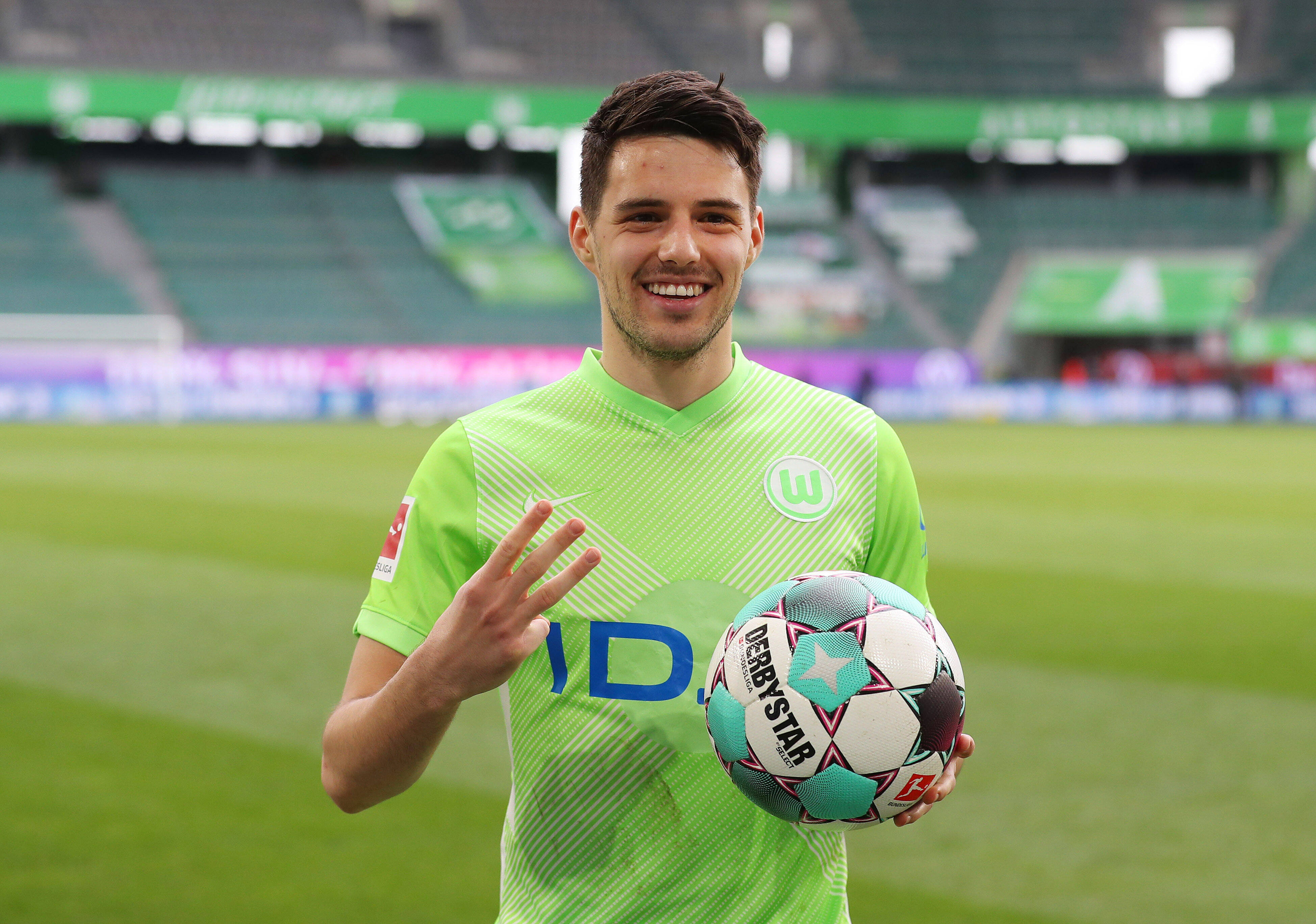 Everton and Leeds United are keen on signing Wolfsburg winger Josip Brekalo this summer, according to Express Sports.

The Croatian international has been in fine form in the Bundesliga this term, scoring seven goals and assisting thrice in 28 league games.

Bayern Munich and Napoli are also keen on the 22-year-old who has been compared with Dutchman Arjen Robben due to his style of play.

Brekalo loves to cut inside and shoot from distance, and defending against him on his day does not yield a lot of success.

Liverpool have also been linked with the Wolfsburg star, but it is Leeds and Everton that have run the rule over him in the past few months.

Whites head coach Marcelo Bielsa wants to bolster his attack and has already been linked with a renewed interest in Rangers winger Ryan Kent.

Toffees manager Carlo Ancelotti is also looking to strengthen his forward-line following their disappointing form at Goodison Park this term, and Brekalo might be a solid addition given the calibre of suitors he is attracting.

With 22 senior caps under his name already, the younger has been widely tipped to play a staring role for his country at this summer’s European Championships and could attract more suitors as a result.

While Brekalo has mainly featured as a left-winger for the Bundesliga outfit this term, he is also capable of playing on the right, behind the striker and as a number 9.

See also  Assessing which Invincible side was better: Rangers 2021 or Celtic 2017

He bagged a hat-trick in his side’s 3-0 win over Union Berlin over the weekend and could be doing so for Leeds or Everton next season.

In other news, Leeds are reportedly eyeing summer move for Brazilian attacker.