Jurgen Klopp wants to rush through a deal to bring Porto attacking midfielder Otávio to Liverpool this summer, according to reports in Portugal.

There has been speculation that the Reds will look to bring in a midfielder to replace Georginio Wijnaldum, who joins Paris Saint-Germain on a free transfer at the end of this month.

Roma’s Lorenzo Pellegrini, Leicester City’s Youri Tielemans and Gladbach’s Florian Neuhaus are among the names being linked with a move to Anfield.

And yet another name has popped up today with Klopp reportedly keen on bringing Otávio to Liverpool from Portuguese giants Porto.

The Brazilian scored five goals and created eight assists for his Porto team-mates in 40 matches in all competitions last season, including the Champions League.

There was a link on Sunday in Portuguese newspaper Record that any Liverpool move for Otávio would not involve Marko Grujic, who spent the 2020/21 season at Porto.

And now A Bola say Otávio’s ‘departure may be imminent’ after Livepool ‘advanced forcefully’ for the 26-year-old.

Klopp is a ‘confessed lover’ of the Porto man and the German boss has made an ‘express request’ to the Liverpool transfer team to seal a deal.

The Reds have until June 30 to trigger his €40m transfer clause before it increases to €60m until his contract expires in June 2025.

Liverpool are set to ‘speed up the process in the next few hours’ and Porto ‘will not waste the opportunity to make a millionaire business’ despite Otávio being one of their most important players. 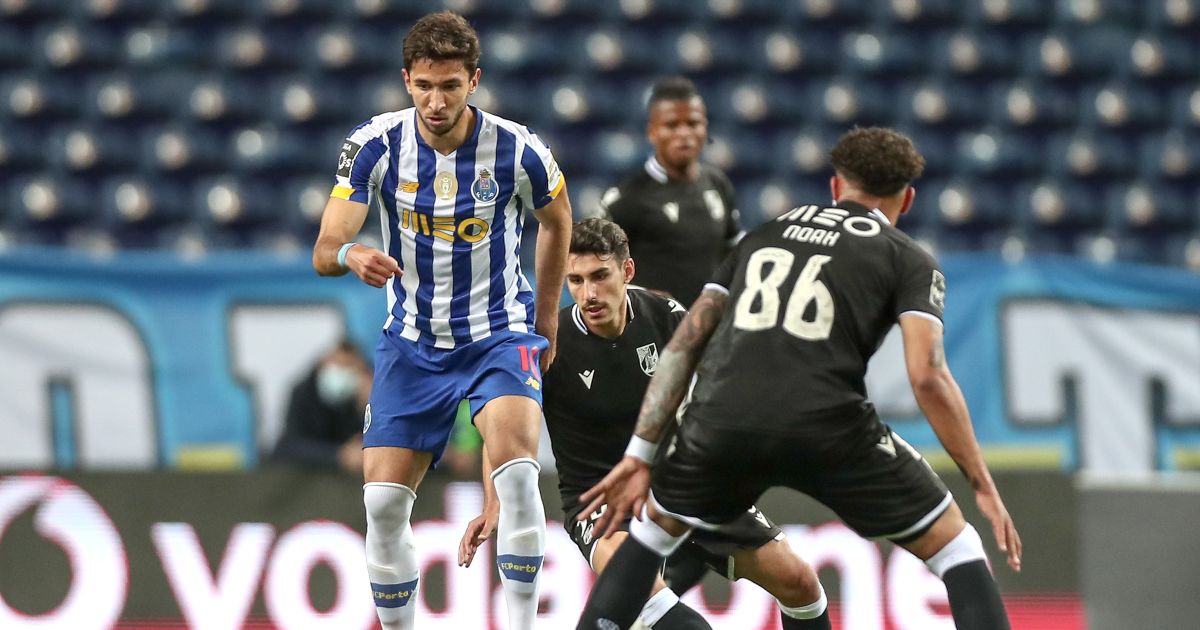 Grujic’s future is still up in the air as Porto decide whether to make a permanent move for the Liverpool midfielder and former Serbia technical director Zoran Filipovic told Record back in April that he thinks he should stay in Portugal.

“I’ve been following his season. He’s a player with great talent. He’s evolved a lot since leaving Serbia,” Filipovic said.

“He’s adapting to big clubs. I think he has a great future ahead of him. He can evolve a lot because he has quality for that. I think he’ll improve a lot.

“I think it’d be better for Marko to stay at FC Porto. I think the bad thing about Serbian players has been the fact that they leave their country very early to play in very big clubs, where it’s very difficult to play because of the competition.

“He is an example of that. He went to Liverpool, but he didn’t have the opportunity to play. A young man needs to play, show his quality, evolve. Now at Porto he’s already able to show his quality.”

England take the Czech Republic and take the lead, Croatia eliminates Scotland and will see the round of 16