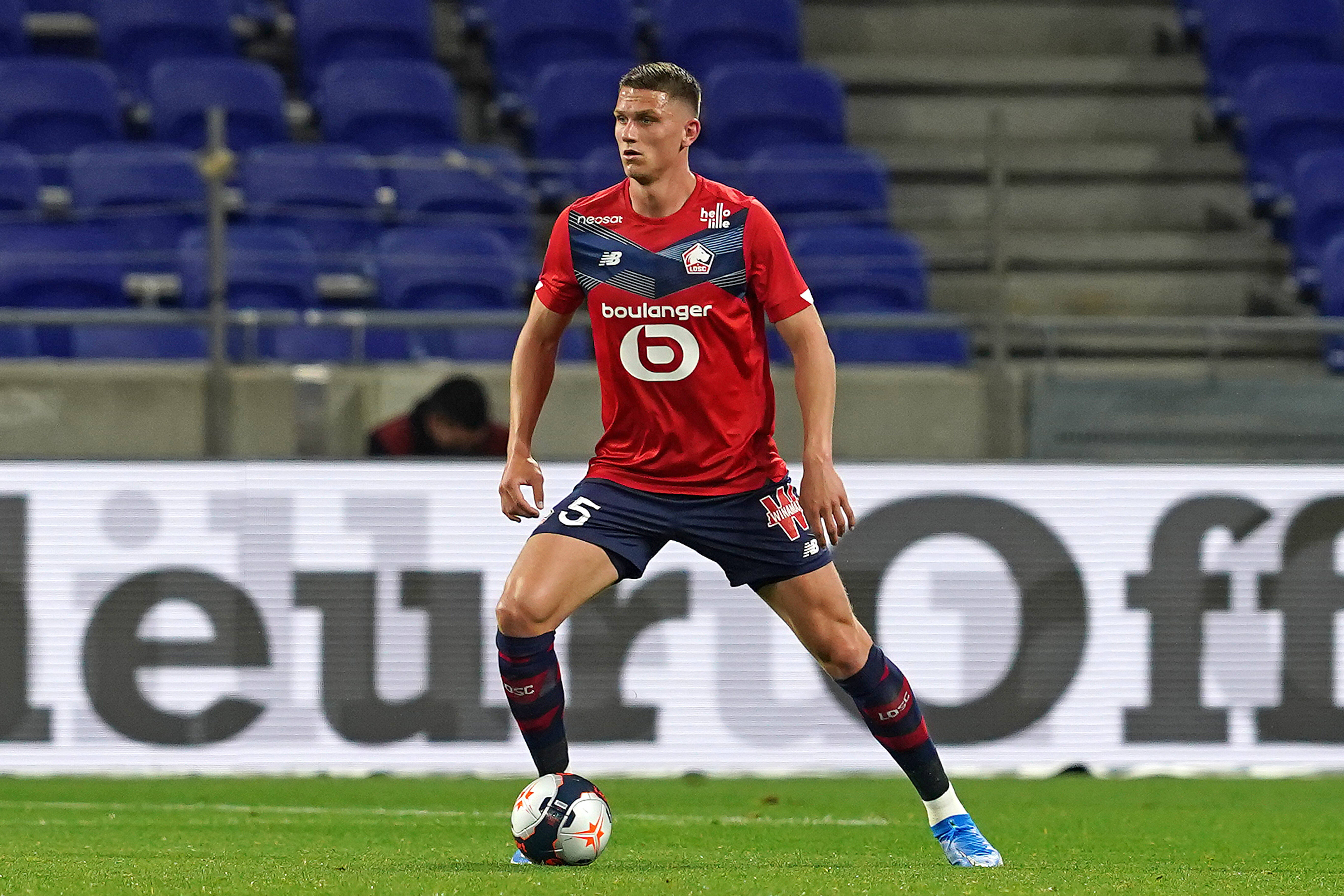 Virgil van Dijk, Joel Matip and Joe Gomez were all out injured, and the Reds were forced to play Fabinho and Jordan Henderson at the back.

Liverpool brought in Ozan Kabak and Ben Davies on transfer deadline day but are still likely to bolster their backline in the summer and have already been linked with RB Leipzig’s Ibrahima Konate.

It remains to be seen whether they are still keen on Botman, but he is under consideration at an array of top sides after his impressive campaign with Lille.

The French side are two wins away from pipping Paris Saint-Germain to the title, and the 21-year-old has been crucial to their rise.

Lille have conceded only 22 league goals, giving them the best defensive record in France and across Europe’s top five divisions.

The Dutchman claims he looks like Real Madrid’s Sergio Ramos and is ‘amazed by van Dijk because of his body which is like the same’ as his.

Botman stands at 6ft 4ins in like the Liverpool star, and he has reacted to those Anfield links.

“It is a good compliment when you hear these clubs are interested,” the Ajax academy graduate told The Athletic.

“I’m lying if I say it’s not interesting me — it’s the first time such big clubs are linked to me — but it was early days because in January I was only at Lille for half a season.

“It was nice to hear but I was focusing on Lille and I’m still doing this. After the season, I will enjoy a vacation and see what happens next.

“If I’m honest, the Premier League is one of the leagues I dreamed about… but also Serie A, La Liga, the Bundesliga.

“The Premier League is something special. It’s the football I really like, and that fits me. The style of play, the emotion; I really like to see the fans with such big emotions in the stands. It is a beautiful competition I really like to watch and did for pretty much all my life.”

Canal+ claimed in February that Lille have agreed to sell Botman to an unnamed major European club in the summer for €40-45 million, and he is definitely going to be worth that figure given his huge potential.

A centre-back partnership of Van Dijk and Botman would be massive, and we will have to wait and see whether both will play together for club or country someday.

In other news, Liverpool have offered veteran player a new deal.