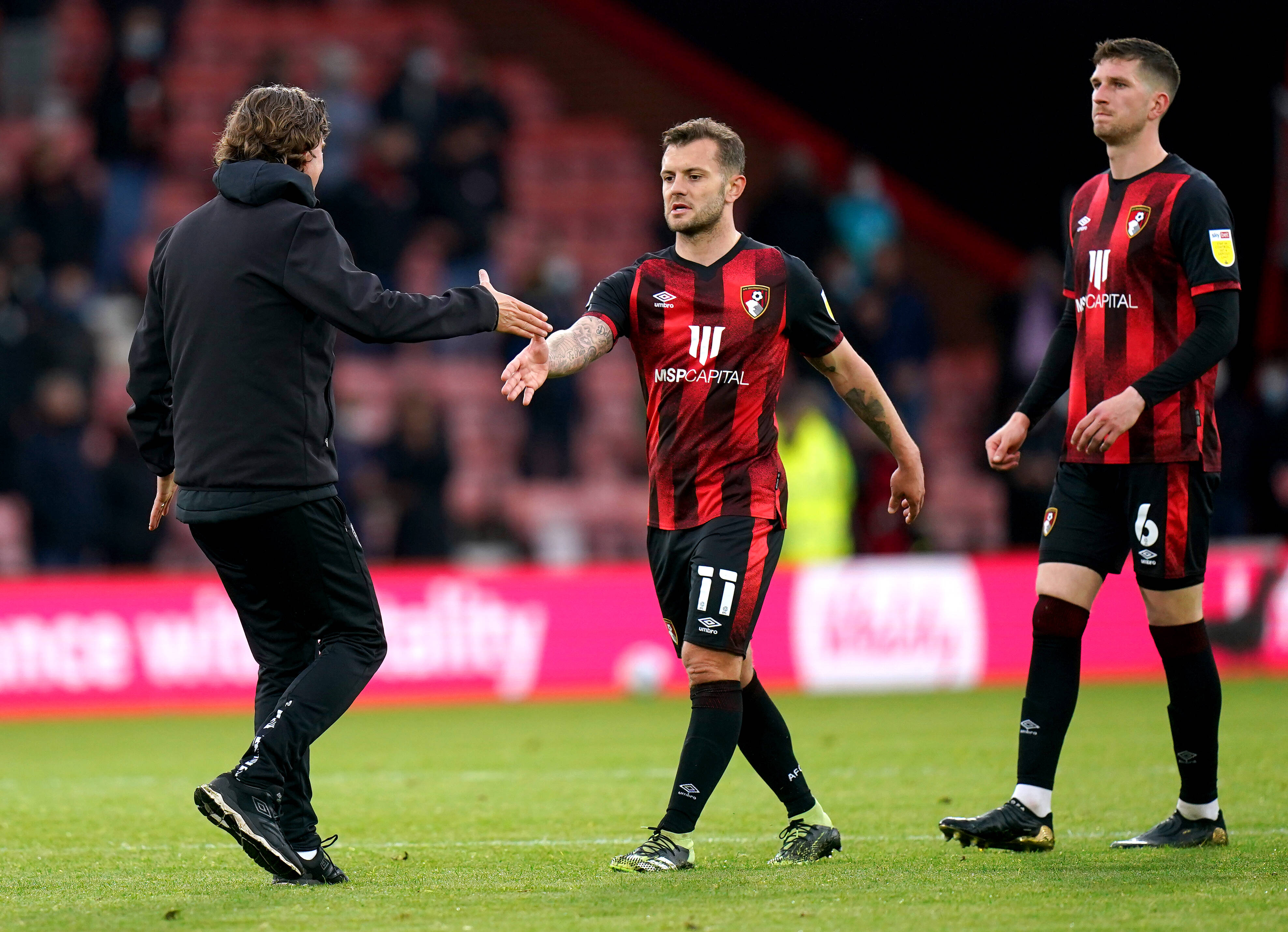 English midfielder Jack Wilshere has left Bournemouth after the short-term deal he signed in January ended.

The former Arsenal star is now a free agent again, and according to Evening Standard’s Simon Collings, Celtic could emerge as an option for him if, as expected, Eddie Howe is appointed as their new boss.

The former Bournemouth manager is a fan of Wilshere after working with him at Vitality Stadium during 2016-17.

The 29-year-old was linked with Rangers last October after West Ham United released him, but he took to Twitter early this year to reveal that the Scottish Premiership champions.

It remains to be seen whether the Light Blues outfit would return for Wilshere, but he is not short of suitors, with MLS clubs still very much keen on him.

Bournemouth could also return for his signature in the summer if their manager heading into 2021-22 wants to work with him.

However, a reunion with Howe could be more tempting. Moving to Scotland could excite him, and he can finally win a league title at Parkhead should he decide on a Celtic switch.

The midfielder scored twice and assisted once in 17 appearances for the English Championship outfit, and has the quality to improve the Hoops midfield.