Manchester City played out their penultimate game of the Premier League season on Tuesday evening.

The Citizens faced off with Brighton at the Amex, with fans having of course been back in the stadium for the first time this campaign.

And those in attendance on Tuesday were treated to a thoroughly entertaining 90 minutes.

The visitors have the early lead but are down to 10 men… pic.twitter.com/dXTRoRiwra

Despite going down to ten men, though, it was City who netted next, as Phil Foden surged forward 48 minutes in to bag a spectacular solo goal:

That is a magical individual goal! pic.twitter.com/QumfqACKg2

Brighton, however, did not give up, and pulled one back just a few moments later, via Leandro Trossard:

Anything Phil Foden can do…

He had the whole Man City defence on strings there! 😱 pic.twitter.com/XEtLgmEGIh

Adam Webster then drew the hosts level with just under 20 minutes remaining, before the Seagulls added a 3rd four minutes later to secure a huge three points:

The AMEX goes wild as Brighton come from 2-0 down to go ahead against the Premier League champions 💯 pic.twitter.com/hkgFDkTMPY

The result, all told, however, meant little for either side.

Man City, instead, were no doubt more concerned when, after going down following a heavy tackle in the first-half, Ilkay Gundogan was forced off shortly after the break as a precaution:

With the Champions League final coming up later this month, the City faithful were, in turn, left sweating over the fitness of one of their standout performers this season.

“We will see tomorrow, the doctor is optimistic, he had a kick and he was running in the second half with a disturbance so we made the change not to take a risk.”

Guardiola on Gundogan: “We will see tomorrow, the doctor is optimistic, he had a kick and he was running in the second half with a disturbance so we made the change not to take a risk.” 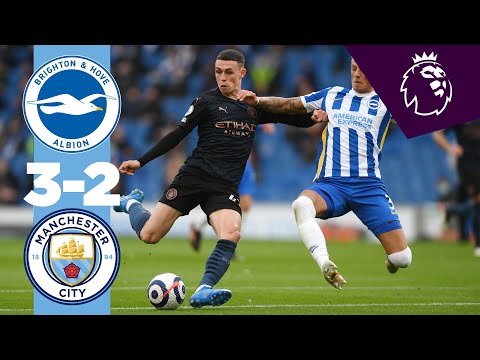 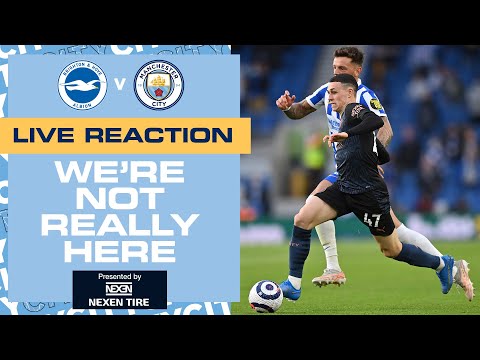 A disappointing second half sees City fall to a 3-2 loss. Come and join…

Barcelona to ‘decide’ in next few days about Donnarumma deal