Man Utd are prepared to pay the huge demands of one winger, while Liverpool are still interested in a Napoli defender…

KINGSLEY TO OLD TRAFFORD?
Man Utd are ready to pay the huge wage demands required to bring Bayern Munich winger Kingsley Coman to Old Trafford, according to reports in Germany.

Coman was linked with Chelsea in March with the Premier League club lining him up in case Christian Pulisic leaves in the summer transfer window, while another report in same week claimed the Red Devils were desperate to land the Frenchman.

The 24-year-old still has two years to run on his contract at Bayern Munich but reportedly turned down the chance to sign a new deal recently. He wants a big increase on his current wages to reflect his importance in Bavaria and now Man Utd could offer a solution to that issue.

Sport Bild journalist Christian Falk (via Sport Witness) claims that Coman earns €12m a year pre-tax at Bayern but he would like to earn that amount after tax. Falk adds that Man Utd ‘would have already indicated that he could earn it there’ but that Bayern are not in a hurry to sort an improved deal.

Bayern ‘don’t have to make a decision yet’ and there is no indication from Falk how much Coman would cost Man Utd if they wanted to sign him.

LIVERPOOL BACK FOR KOULIBALY
Liverpool are still interested in bringing Napoli defender Kalidou Koulibaly to Anfield in the summer transfer window, according to reports in Italy.

The 29-year-old has been heavily linked with both Liverpool and Man Utd over the last couple of years and Jurgen Klopp supposedly wants to partner Koulibaly with Virgil Van Dijk on the Dutchman’s return from injury. Reports in March indicated Everton were also ready to make an offer this summer.

The Senegal international has been a mainstay of the Napoli team since joining from Genk in 2014 and has again played the majority of games under Gennaro Gattuso this campaign, as they look to finish in the top four.

Despite the form of Nat Phillips and Rhys Williams, Liverpool are still apparently on the lookout for a new centre-back with Italian market intermediary Vincenzo Morabito saying: “Liverpool will go heavily and, at the moment, I think there is a big possibility that Koulibaly will be able to leave Napoli.”

That has led to Italian publication La Repubblica (via Sport Witness) claiming Liverpool ‘have not stopped’ in their pursuit of Koulibaly, while Gazzetta dello Sport back up those claims by naming the Reds as the main interested party.

Gazzetta reckon Koulibaly ‘had his bags ready last year, but the pressure from the Premier (Liverpool and beyond) suggests that his sale can materialise even if not at the figures of three years ago’. Pointing to the reports that Man Utd had made a €100m offer for the defender a few years ago. 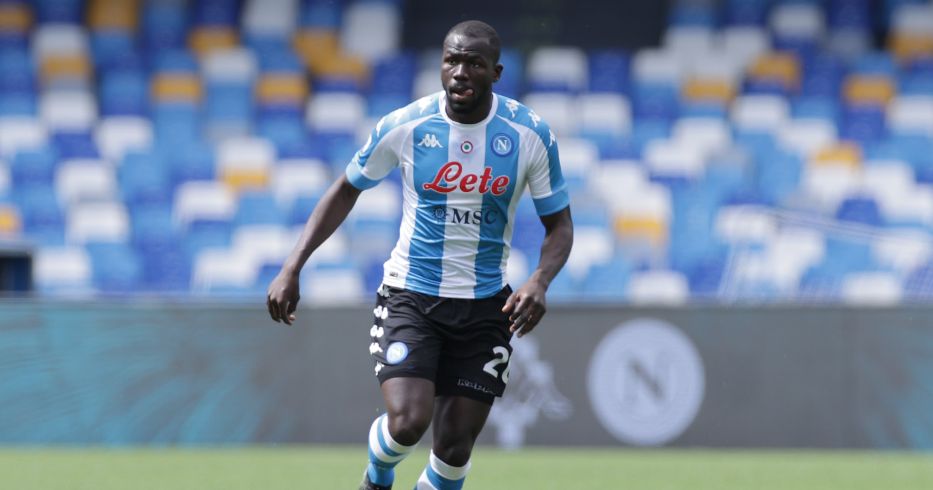 AND THE REST…
Manchester City will open new contract talks with Raheem Sterling this summer despite the 26-year-old losing his place in the side in recent weeks…Sergio Aguero has agreed a two-year deal to join Barcelona when his City contract expires at the end of the season…Arsenal defender Sead Kolasinac is set to leave the club this summer, with Schalke and Lazio leading the chase…Real Madrid have a deal in place to sign Paris Saint-Germain and forward Kylian Mbappe…Arsenal and Aston Villa have renewed their interest in Norwich City playmaker Emiliano Buendia…Wolves are in talks with former Benfica manager Bruno Lage about succeeding fellow Portuguese Nuno Espirito Santo.

Ligue 1 Season Finale: All eyes on Lille and Paris Saint-Germain in must-win games