If Flamengo is at the center of the debates in France with the crazy transfer rumors that indicate that midfielder Gerson could land at Olympique de Marseille this summer, the Brazilian club have also just won the championship in Rio de Janeiro in winning against Fluminense 4 goals to 2 over both matches.

The first day of the Brazilian championship is fast approaching and to prepare well, the players go on to play between the group stages of the Copa Libertadores and the Rio tournament. The club led by Gabriel Barbosa, alias Gabigol, will play their league debut against Palmeiras at the Maracanã stadium and to start this campaign as it should, adidas have unveiled the new away shirt of the club that won the last two Brazilian championships.

This new white tunic is in line with the club’s last away shirts, based on the 1981 jersey, the year the club won the Copa Libertadores and the Intercontinental Cup 3-0 against Liverpool in Tokyo. We find the three historic colors of the club on this tunic with a rather particular and innovative red and black graphic on the shoulders and sleeves. This graphic is inspired by Japanese origami art, nodding to the jersey unveiled 40 years ago. 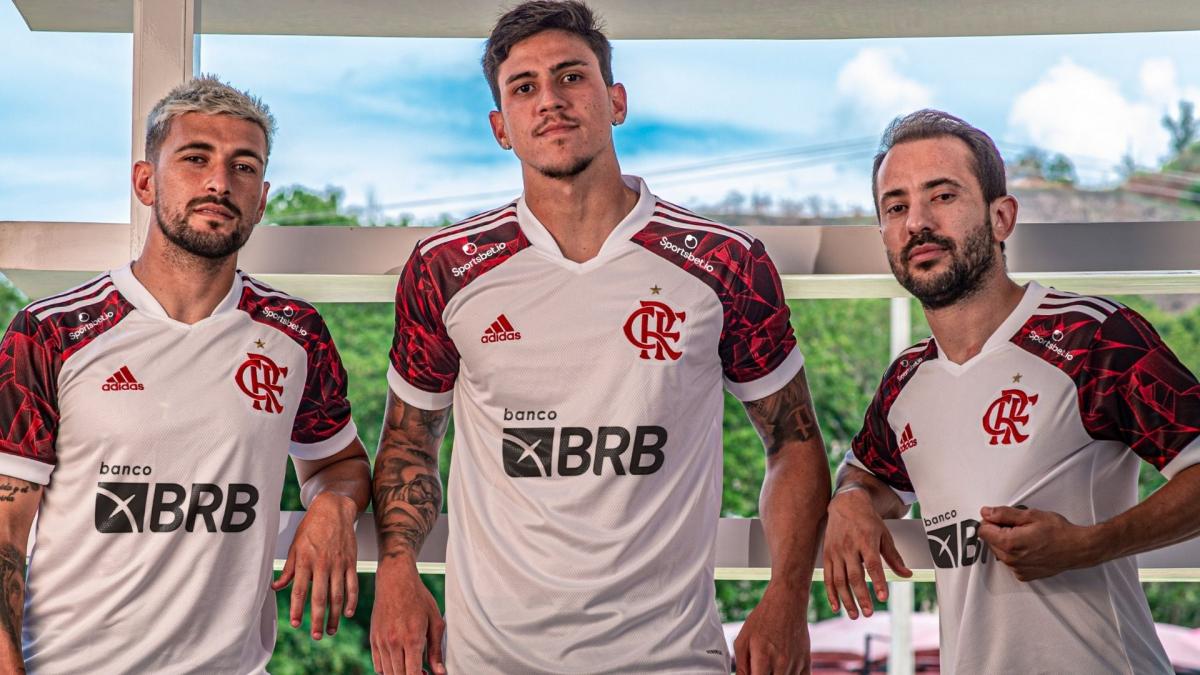 The Flamengo players have already worn this outfit … during the title celebration against Fluminense when they had worn their main tunic during the match. Gerson and his partners will be waiting for the trip to Coritiba in the Brazilian Cup to wear this jersey for the first time in a match!

Everton agree to let go of Moise Kean but …