Day 3 of the European Championships will see another trio of fixtures played out, as the likes of England and the Netherlands eye a potentially crucial positive start to the tournament.

Below, check out five things you need to know about Sunday’s action.

1) Revenge on the menu for England

The matchup, though, marks so much more than simply a chance for the Three Lions to get their Euro 2020 campaign off to a flyer.

This comes with memories of the 2018 World Cup still firmly on the minds of Gareth Southgate’s squad. England made it all the way to the semi-finals of their last major tournament, where they were met by something of a golden generation of Croatian talent. And, despite Kieran Trippier’s stunning opener having handed the Three Lions the perfect start, Zlatko Dalic’s men eventually proved too much, en route to a 2-1 extra-time win.

England did get the better of their upcoming opponents in a Nations League meeting later the same year, but Sunday’s clash is the one that really counts.

Some other talking points to keep an eye on… Will Harry Kane finally break his European Championship duck? And could Phil Foden really live up to his Paul Gascoigne comparison, after setting the internet alight with a brand new hairstyle earlier this week?

Staying with England, today marks the day we will discover the identity of the man chosen to replace the sidelined Harry Maguire at the heart of the country’s backline.

Further question marks surround the attacking midfield spot, with Jack Grealish’s stellar form having resulted in widespread calls for the Aston Villa man to be utilised from the off versus Croatia.

Will Gareth Southgate go defensive, and make use of a back-5? Or will a flat back-4 be the formation of choice for the England boss?

Weeks of speculation surrounding the Three Lions will be put to bed in just a matter of hours.

Of course, the XI who start the Croatia game are far from a lock to do so for the remainder of the Euros. But, if England don’t manage to kick their tournament off with a win, expect Southgate’s team selection to dominate the post-game analysis sessions.

Austria will be expected to start Euro 2020 with a comfortable victory, as they prepare to play host to North Macedonia.

The two nations actually faced off in the qualifiers for the competition, with Austria having proven utterly dominant. After thumping their upcoming opponents by four goals to one in Skopje, Franco Foda’s men followed up with another handy 3-point haul in the reverse fixture late in 2019.

It will of course be David Alaba who takes centre stage for Austria on Sunday, with the recent Real Madrid addition expected to line out alongside Marcel Sabitzer as part of a star-studded midfield.

Don’t sleep on Elif Elmas and Goran Pandev, though. The North Macedonian pair, both of whom ply their club trade in Serie A, are separated in age by a full 16 years. Napoli talent Elmas is widely viewed as the future of his country’s national side, whilst veteran hitman Pandev, despite being 37, remains a constant threat.

MUNICH, GERMANY – MARCH 08: (BILD ZEITUNG OUT) David Alaba of Bayern Muenchen looks on during the Bundesliga match between FC Bayern Muenchen and FC Augsburg at Allianz Arena on March 8, 2020 in Munich, Germany. (Photo by Roland Krivec/DeFodi Images via Getty Images)

As has proven the case on so many occasions down through the years, the Netherlands’ squad heading into this summer’s Euros boasts a strong Barcelona connection. The efforts of Blaugrana standout Frenkie de Jong will prove pivotal to the Oranje’s hopes over the weeks ahead, starting with a meeting with Ukraine on Sunday night.

This link between club and country, however, runs far deeper. Memphis Depay is of course expected to link up with Barcelona as a free agent this summer, after running down his contract with Olympique Lyonnais. In fact, just this afternoon, the Catalan giants appeared to let slip that Depay’s arrival is an imminent one:

❗️Memphis Depay’s Barça shirt is for sale on the Club’s official website. pic.twitter.com/dbxpjpdk3i

Elsewhere, Dutch teammate Gini Wijnaldum this week opted to turn down the advances of the Blaugrana, to instead take his talents to Paris with PSG.

Finally, Ronald Koeman, the man in the hotseat at the Camp Nou, oversaw the entirety of the Netherlands’ European Championship qualifying campaign, guiding his home country to a none too shabby six wins and a draw from eight outings.

Back in 2019, Ukraine – set to face the aforementioned Oranje in their Euros opener – shocked the masses, in securing the country’s first ever international trophy at the FIFA U20 World Cup.

Three years on, the likes of Andriy Lunin and Denys Popov have been promoted to the nation’s senior setup, who will fancy their chances of emerging from a group featuring both Austria and North Macedonia. Elsewhere, Manchester City’s Oleksandr Zinchenko will be expected to play a leader’s role, despite himself being just 24 years of age.

Make sure to also keep an eye on the explosive Ruslan Malinovskyi, who established himself as one of European football’s most in-form midfielders over this past season’s run-in. The Atalanta star boasts a hammer of a left foot, and directly contributed to no fewer than 14 goals across a stretch of 10 appearances between early April and mid-May.

Much credit for the revival of the Ukrainian national team must also go to Andriy Shevchenko, who has done a fine job since being handed the reins of his country five years ago. An unbeaten qualifying campaign, culminating in table-topping status ahead of European champions Portugal, is an achievement in itself, with Ukraine primed to continue to defy the odds over the coming weeks. 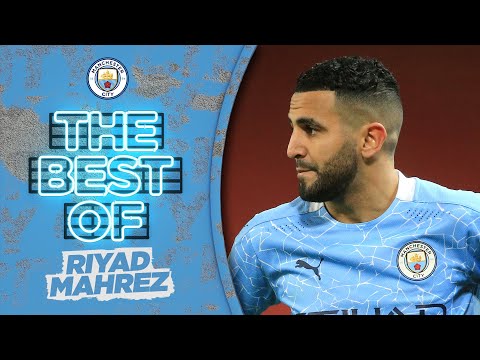 Best of luck to Riyad Mahrez, who will be playing at the Stade Olympique…

We hear the thoughts of Phil Foden, after he was voted the PFA Young…

The best goals from week 5 of MLS