In the end, the only difficulty Chelsea had to overcome to set up a second all-English Champions League final in three years was self-inflicted.

So strikingly absolute was their dominance, so woefully slow and disorganised were Real Madrid, that the only thing that kept this tie alive for 85 of tonight’s 90 minutes was Chelsea’s own failure to take more than one of the many, many clear-cut chances they created and Madrid allowed.

It really was a staggering game to watch. Madrid looked a dishevelled, mismatched mess and not just because of those incongruous black socks. They looked like the England rugby union team, and played about as well. Barring two Karim Benzema attempts in the first half, both smartly dealt with by Edouard Mendy, the most decorated team in this tournament’s history offered precisely nothing in a second leg that nevertheless remained, in theory at least, on a knife-edge until the 85th minute.

Except it never really was. The commentators tried to talk it up, and no doubt Chelsea fans watching had convinced themselves they were about to be Iniesta-ed because being a football fan is to a large degree about putting yourself through needless agonies and always, whatever the situation, expecting and fearing the worst. But really the only possible argument for a Real Madrid goal happening was to evoke sod’s law: so thoroughly one-sided had the game been, and so notably anonymous (if that’s not an oxymoron, which I’m pretty sure it is) Eden Hazard’s trumpeted Stamford Bridge return that it just seemed like one bouncing in off his big Belgian arse was precisely the sort of thing that might happen, because football.

But Thomas Tuchel’s Chelsea are, except understandably when faced with the unstoppable footballing juggernaut that is Sam Allardyce’s West Brom machine, far too sensible to allow for any of that kind of silliness thank you very much.

While it was not hard to look like a solid defensive unit when such an obvious contrast was being provided by Madrid’s shambolic efforts, marshalled by Sergio Ramos playing from amnesia, solid is what Chelsea were. In every department apart from finishing it really is hard to find fault with this performance, and that excellence is nothing new.

This was an 18th clean sheet in Tuchel’s 25th game in charge at Chelsea, a side utterly transformed since ditching a far-fetched fairytale appointment for the pragmatism of giving a prodigiously talented squad a proper manager to mould them into a properly effective football team.

This has been incredible from Kante. Observing Ramadan but feasting like it’s Eid #UCL

Chelsea’s excellence was best personified in N’Golo Kante, who was prominently involved in both goals but more than that exemplified the gulf that existed on the night between the two sides in terms of class, composure and endeavour. Kante and Chelsea were quicker in thought and deed than Madrid. 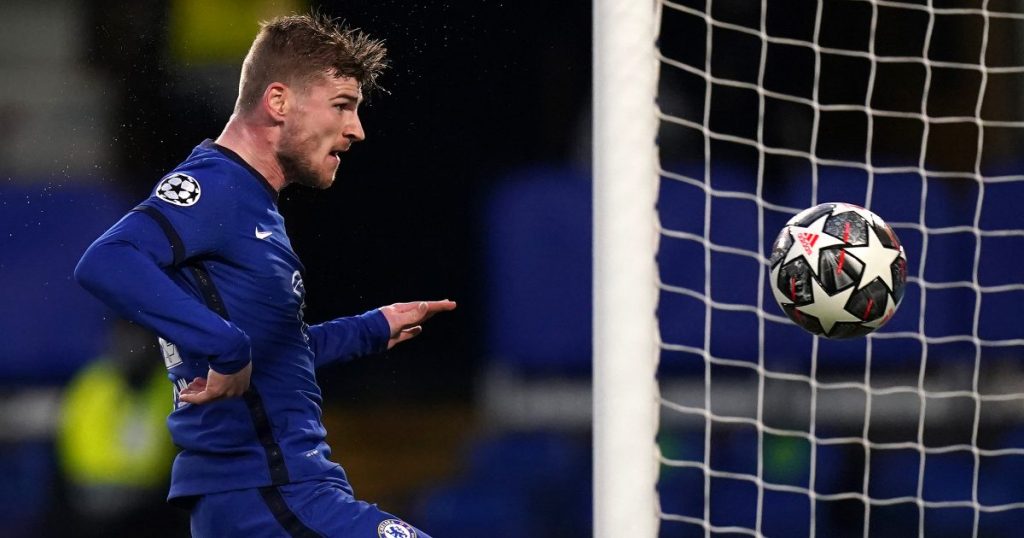 Timo Werner put the early setback of being needlessly offside when scoring what he thought was a crucial opening goal to actually score the crucial opening goal just minutes later, the world jumping with him as he leapt to nod home an audacious Kai Havertz dink that had bounced up invitingly yet time-bending slowly off the crossbar.

Havertz hit the bar again in the second half with a towering header while Mount missed a glorious chance after being played in by Werner’s crafty flick at the end of a gorgeous Chelsea move.

Chelsea’s dominance was already total, yet somehow the introduction of Christian Pulisic made the game more one-sided still as he dazzled and shimmied on the right. He would eventually create the narrative-busting tie-sealing second goal for Mount after more fine work from Kante, but Real were a soundly beaten side by then. Chelsea made them look awfully old and desperately weary.

The sight of Eden Hazard smiling and laughing with his former Chelsea team-mates after his and his new team’s near total non-performance is sure to get a calm and reasonable reaction in Madrid, where this overall effort – they were rotten in the first leg too – will go down like a cup of cold sick.

But the night belonged to Chelsea and to Tuchel, who returns to the Champions League final for a second straight year and provides yet further evidence that Chelsea really should change their manager in the middle of every season. It’ll be fascinating to see what he does to make such a change necessary next season.

Right now, that looks as unlikely as UEFA taking the sensible and obviously correct decision of moving an all-English Covid-era final from Istanbul to Wembley, or even to Villa Park for that proper retro FA Cup semi-final feel.

Thomas Tuchel's reaction after qualifying for the final