Thank you for your moving FA Cup final mails. Please keep them coming to theeditor@football365.com.

Thank you, Leicester City
In 1969 my dad attended the FA cup final and watched us lose from directly behind the Leicester goal. As an eternal pessimist I know he never thought we would summit that mountain.

Today I got to celebrate our team win the greatest (domestic) cup in world football with my wife and daughter.

I don’t have any insightful commentary to offer, I only want to say thank you to Leicester City for bringing joy to 3 generations of my family.
Andrew (Still pinching myself)

In bits
Trying not to be a smug twat, but is there any club out there that is better to support than Leicester?

Absolutely poignant moment with Top celebrating with the team. Universally loved by the fans and anyone associated with the city, fantastic owners, and we are so grateful for everything they’ve done for us. RIP Vichai, this one is for you.

Absolute dreamland. Youri, Kasper – heroes. Little Wes, Luke Thomas – phenomenal today. Whatever happens in the PL, this goes down as a season to remember. I’m in bits.
Ben, LCFC

Light at the end
I’m not a Leicester or Chelsea fan but that Cup final was brilliant. It was brilliant because of the fans, from the joy and eleation to the agony and despair. The cheers for the goal and every tackle and header, yes it was made that bit special by Leicester winning it and running towards the fans to celebrate, but as a football fan we can finally say that we are back!!

I work in the health service here in Ireland, the last year has been the toughest of my career, but there today was the light at the end of the tunnel

We’re not there yet but we are getting there..

Thank you to the fans
Robbie DFC.

What a spine tingling delight that pre kick off roar from the fans inside Wembley was yesterday…20,000 people sounding like 200,000.

I don’t know if it was because of the fans as the first half was quite bland but sitting at home watching on TV I loved every minute, even the VAR bits had me on the edge of my seat whereas I’d normally just be swearing at the telly!

I even thought Michael Oliver did well. Christ, how much did I drink during the game???  Anyway, well done Leicester (and Brendan, bit gutted when he left Liverpool as I thought he could have built something), unlucky Chelsea but top marks to both sets of fans, haven’t enjoyed an FA Cup final that much since 2006.
Mark Jones, LFC, Liverpool

Tearing up
I don’t even support Leicester, but seeing the fans going mental at that goal made me emotional. Clambering over one another, smiling  When you condense it into a single game like that, football is a wonderful, wonderful thing. I’m actually tearing up at the end of the game now as well. Hearing Lineker wish his dad was still here to see this has set me off proper. 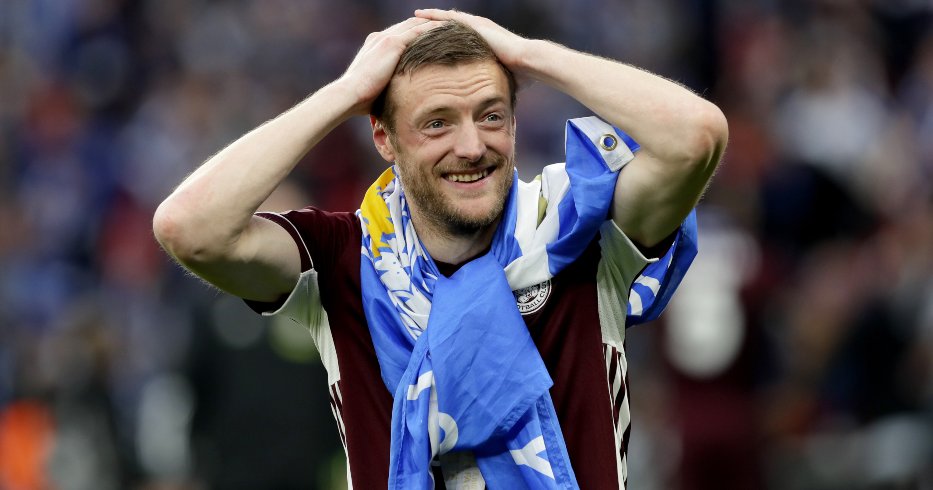 The big boys take a beating
Every football fan should be applauding what Leicester have just done, including those of the big boys who can have a bench worth more that 14 other teams’ 1st Elevens. The big boys took one hellllllll of a beating!
Duck (AVFC….any other villains think letting Albrighton go was the worst bit of business we’ve ever done?)

Some questions…
Well done Brendan and Leicester!! Wow. First FA Cup trophy… excellent stuff. What about Schmeichel– didn’t follow in the footsteps of his illustrious father and joined the foxes – won the premier league and the fa cup, who would have thought that?
What a season it has been- for all of the teams; rollercoaster ride- which brings me to: if Chelsea win the Champs league, and Manutd win the Europa, do you reckon all the top 4 of the premier League would be happy with their season?
Trivia question: which father-son duo have won the fa cup and premier League/First division?
Nitz

VAR…
Let me first start by congratulating Leicester on winning the FA Cup. Thoroughly deserved, and without overly romanticising the romance of the most romantic of cups, it’s genuinely great that such a well run club, one that suffered a terrible loss, has gone on to win the greatest domestic trophy in their late owner’s honour.

Now, as a Chelsea fan, I’d like to have a little moan.
The offside law must change. VAR was absolutely bang on with the offside call, the issue is that the law is not fit for purpose in the first place.

Chilwell’s left nipple (or Kane’s big toe or Bamford’s outstretched arm for that matter) being the only body parts an inch past the line of the last defender is not and never will be an advantage to the attacker.
Chelsea have gained from this ridiculous rule in the past, just as they were undone by it today. It’s not just today’s episode or the fact it’s Chelsea. It’s a nonsense and it needs binning.

That aside, a word on Tuchel. I’m a fan. I’m looking forward to what we can achieve under his stewardship. Today’s loss hurts and it’s a shame that his first final ends in defeat. But for a marginal offside call and superb Schmeichel save, it could have so easily gone the other way. You win some, you lose some.

However, Tuchel made a big mistake in changing a winning formula. We played very well against City last weekend, but this was tinkered with against Arsenal, in an attempt to rest a couple for the final and even today the winning formula was not returned to. Why move James to RCB to nullify Vardy, who with all due respect has been largely anonymous recently? It meant we had no outlet on the right and even more importantly no threat. It was no surprise that we looked much more of a threat when CHO & Pulisic were combining together down the right late on.

Here’s hoping he gets it right for our massive game against the same opposition on Tuesday evening!
All the best, MT. CFC.

In my humble opinion, you cannot rule that goal out for Offside. Yes it may have been the right decision, but inches should not determine a cup final. Clear and obvious it was not. Congrats to Leicester, but in my opinion, VAR ruins the game.
Also, that save from Schmeichel had my Jaw literally on the floor…what a keeper.
Welcome to the top 7 Leicester, lets see who we add next year.
Nik (top 4 race wide open) Munich

Congratulations to Leicester City on their triumph, a truly outstanding strike Youri Tielemans and it was great to see the fans inside the stadium again, safely of course.

On the Chelsea side of things, VAR still reminding us all it can kick you firmly in the nuts and hurt you, hopefully Tuesday we sort out our wrongs and take control of the Top 4, I jokingly said on Twitter that you could easily see Chelsea bottling two finals, finishing 5th and our board sacking Thomas Tuchel, of course unlikely but you never can tell with our board these days.
Mikey, CFC

Chelsea hurt
I’m sitting here after we have just lost the FA Cup final and I can honestly say it really hurts.

It’s a really weird feeling to be honest. If we had been knocked out in the quarter final or semi final it wouldn’t have hurt half as much.

I’m so proud of our team and manager and how they have performed this season. If you said Chelsea would have been in an FA cup and Champions League final half way through the season you would have been committed.

I know nobody deserves anything and that it has to be earned on the field. I just don’t want us to come away from this season with nothing to show for it.

Football can be a cruel mistress.
Conor(Dublin)

Bad timing indeed…
Loved Leicester since they beat United 5-3 all those years ago. Haven’t missed many matches since. Brilliant. I’m a Liverpool supporter, but I couldn’t be more delighted.

Having said that, and this is a bad time to bring this up I realize, Brendan has earned his big job. If Daniel levy wants to keep Kane, assuage the rage of Spurs fans, prove Spurs a Super Club, etc etc. Hire Brendan and back him. Let’s see what he can do. The happiest day of my life was the day he was sacked at Liverpool, because I knew Klopp was coming to replace him. But I would be fascinated to see what he would do if given a proper chance. Come on Levy. Make it happen. You owe it to football.
CanuckLFC

Joan Laporta has chosen the coach for next season!

Arkadiusz Milik lets loose his truths about his future