Manchester United hitman Edinson Cavani has this weekend provided an insight into his widely hailed actions in jumping to the defence of Mason Greenwood during the club’s recent meeting with AS Roma.

Cavani at the double

Ole Gunnar Solskjaer’s men of course booked their spot in the final of the Europa League earlier this month.

After thumping Roma by six goals to two in a semi-final first-leg meeting late in April, the Red Devils made the trip to the Italian capital, aiming to finish off the job.

And, when all was said and done, this is precisely what United managed.

The visitors actually fell to a 3-2 defeat, but, owing to the extent of their first-leg win, waltzed into a showpiece meeting with Villarreal courtesy of an 8-5 aggregate scoreline.

Edinson Cavani notched both of United’s goals at the Stadio Olimpico, keeping alive a scintillating spell of recent form which had also seen him net a brace versus Roma in Manchester.

He scored or assisted SIX of the Red Devils’ eight goals! 👏🔥

‘There are times you need to stand up’

It was not solely Cavani’s goalscoring exploits, however, which resulted in the Uruguayan being widely singled out for praise by the Red Devils faithful on the back of their side’s trip to Rome.

The 34-year-old was also hailed for an off ball moment during the 2nd-half, which saw Cavani leap to the defence of Mason Greenwood.

After the youngster was involved in a scuffle with Giallorossi stopper Gianluca Mancini, Rick Karsdorp quickly arrived on the scene, to target Greenwood.

Cavani, though, was having none of the behaviour of the Roma pair, stepping in between Karsdorp and his inexperienced teammate, whom he evidently felt was being picked on by the home side’s stars.

MANCHESTER, ENGLAND – APRIL 18: Mason Greenwood of Manchester United celebrates after scoring his team’s second goal during the Premier League match between Manchester United and Burnley at Old Trafford on April 18, 2021 in Manchester, England. Sporting stadiums around the UK remain under strict restrictions due to the Coronavirus Pandemic as Government social distancing laws prohibit fans inside venues resulting in games being played behind closed doors. (Photo by Gareth Copley/Getty Images)

In turn, speaking during an interview with Manchester United’s official website this weekend, Cavani was drawn on his actions at the Olimpico.

And the veteran striker went on to reveal his opinion that the situation was simply an ‘unfair’ one, explaining:

‘There are times when you’re out there when I believe you need to protect and stand up for one of your team-mates.’

‘Sometimes because it might be down to a lack of experience on their part, and they might make a mistake.’

‘Many times, it is because you believe that a situation that they are involved in during a stand-off just isn’t fair.’

‘In that incident against Roma, what I felt was that he was arguing face to face with the Roma defender which is something that can happen in football.’

‘The next minute, a third guy came on the scene and began pushing him when he clearly wasn’t part of the original argument.’

‘I told him he should keep out of the incident and that’s why I went to help Mason and offer him some protection.’ 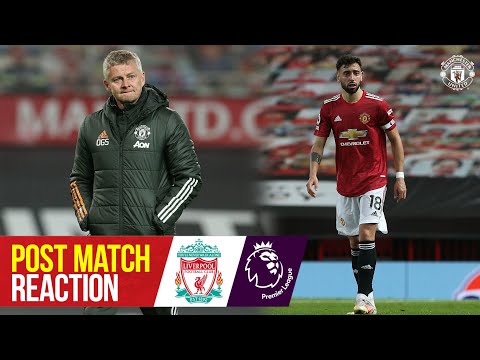 Eden Hazard is fed up

These Ligue 2 nuggets that risk animating the transfer window

Everton could offer wantaway player in exchange for £190,000-a-week Serie A star