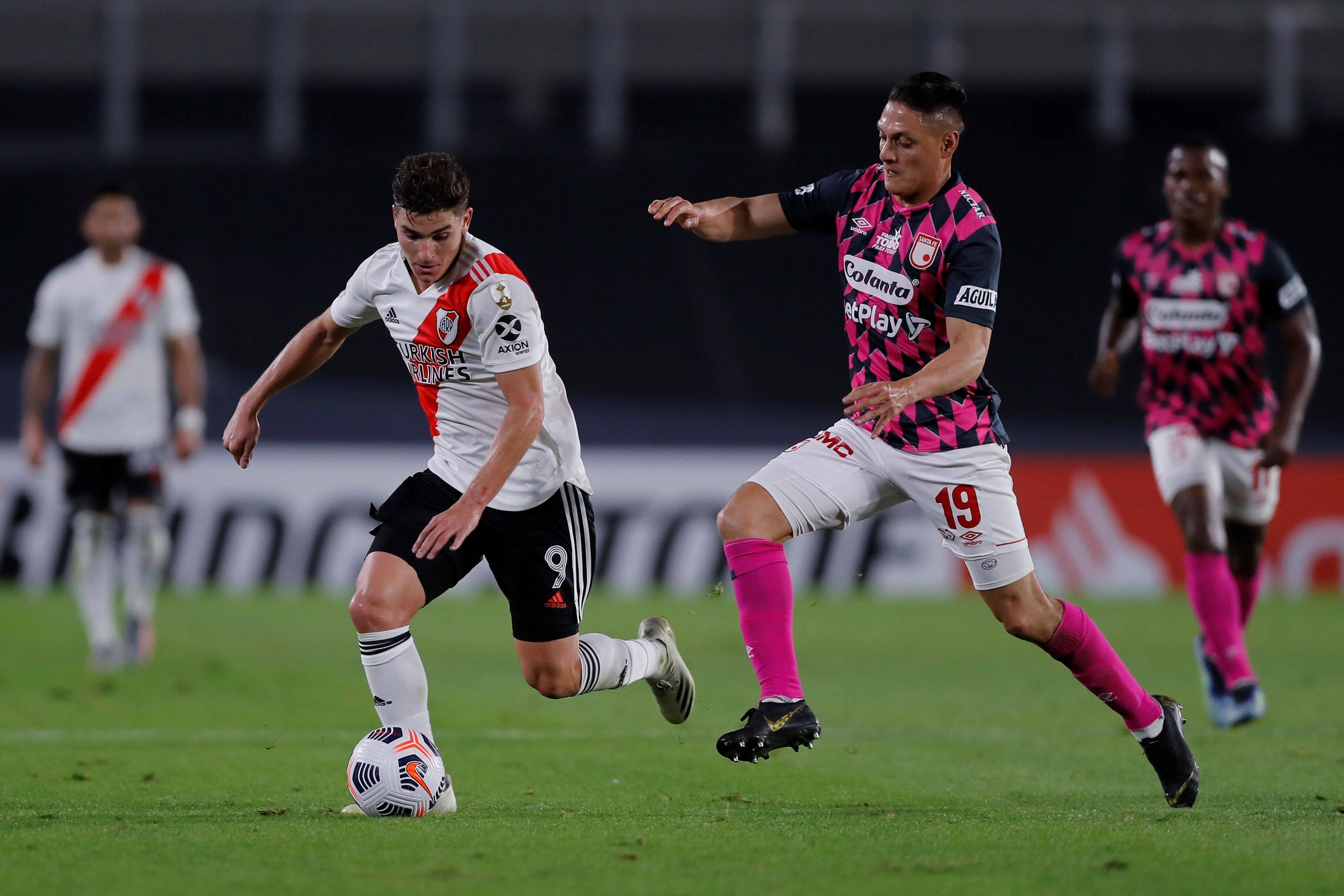 Aston Villa are thought to be interested in signing the Argentine winger Julian Alvarez.

According to reports via the Birmingham Mail, the Premier League side are all set to open talks with the representatives of the 21-year-old winger this week regarding a summer transfer.

Apparently, the talented young attacker is keen on a move to Europe this summer.

Villa could definitely use more depth in the wide areas and Alvarez could prove to be a quality long term acquisition.

The West Midlands club have already signed Emiliano Buendia from Norwich City and the Argentine is expected to play as the number ten behind Ollie Watkins.

Villa are currently using Jack Grealish and Bertrand Traore as their wingers and Smith could definitely use more options at his disposal.

Furthermore, the South American winger is young and he has a lot of potential. He could develop into a future star for them.

The River Plate winger can operate on both flanks and he will add goals and assists to the Villa attack. The 21-year-old picked up four goals and seven assists this past season.

The player has a contract with River Plate until the summer of 2022 and he could be available for a reasonable price this summer. River Plate will not want to lose him on a free transfer next year and it would be wise of them to cash in on him now.

Mikkel Damsgaard announces himself on the European stage

Karim Benzema still can’t do it …