Even if Edinson Cavani does stay at Manchester United for the forthcoming campaign, it is still quite clear the Red Devils are in need of some reinforcements up top.

Cavani, though undoubtedly a top striker, is 34 years of age and has already proven he can no longer play 90 minutes two to three times a week consistently.

However, the former has proven he does not have the goalscoring instincts of someone like Cavani whilst Greenwood is still relatively green and should not yet be reliade upon by a club like Man United – who should be challenging for the Premier League – as a main source of goals.

So, signing a striker should be amongst United’s priorities over the next year.

One player who, had he not already played for United, would no doubt be near the top of their potential centre-forward list is Romelu Lukaku.

Lukaku made the move to Inter Milan in August of 2019, for a fee believed to be around £66m.

Since joining Antonio Conte’s side, the Belgian has cemented a name for himself as one of the top strikers in Europe.

Last season saw the 27-year-old net 34 and provide six assists across 51 outings, whilst he has since managed to score 27 and assist nine in 41 games so far this campaign, playing a key role in Inter Milan ending Juventus’ reign of dominance in the Serie A.

But, despite averaging around a goal every other game at United, Ole Gunnar Solskjaer was seemingly not to keen on Lukaku, with the Norwegian instead favouring the likes of Martial and Rashford.

Now, former Man United player and current teammate of Lukaku, Ashley Young, has been discussing the Manchester outfit’s decision to sell Lukaku. Young, however, could not understand why the Belgian was sold:

“I said it at the time, I couldn’t understand the decision [to sell Lukaku].

“Whether it was made quickly or not, Romelu has proved a lot of people wrong. He’s worked unbelievably hard. There was talk that he was overweight and couldn’t do this or that. He’s smashed records and made history in Italy, he’s been unbelievable for the club. For me he was fantastic even in the Premier League, to go out there and face another challenge, I think it was the right choice for him. He deserves all the plaudits he is getting.”

Quotes via the Manchester Evening News. 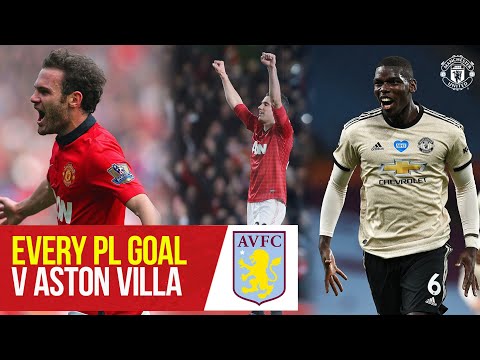 Ahead of our match with Aston Villa on Sunday, enjoy every Premier League goal…