AS Monaco unveils a collector’s jersey and its new brand

As the end of the season approaches in Ligue 1, AS Monaco today unveils its new brand “RISE.RISK.REPEAT. »As well as a collector’s jersey.

Two days before the end of the French championship, the Monegasques are fighting with Paris Saint-Germain and Olympique Lyonnais to clinch a qualifying place in the Champions League. To return to the foreground, Monaco has relied on its historical values ​​and principles which have enabled it to forge itself both nationally and in Europe.

Youth and daring are at the heart of the Monegasque project. Yesterday, Thierry Henry, David Trezeguet or Kylian Mbappé were the heyday of the club. Today, Aurélien Tchouameni and Sofiane Diop are the pride of the rock and it is on these values ​​that “RISE.RISK.REPEAT. ” relies. The new brand thus resonates the identity, history and vision of the future of AS Monaco in the cosmopolitan context of the Principality.

The word “Rise” underscores the club’s combative and daring state of mind. “Risk” marks the ability to help young players grow for decades, particularly thanks to the training center. Finally, the word “Repeat” reflects the ability of AS Monaco to get up and never give up despite the difficulties. The fact that AS Monaco are the only Ligue 1 club to have won at least one title in each of the past six decades shows that the club know how to bounce back. 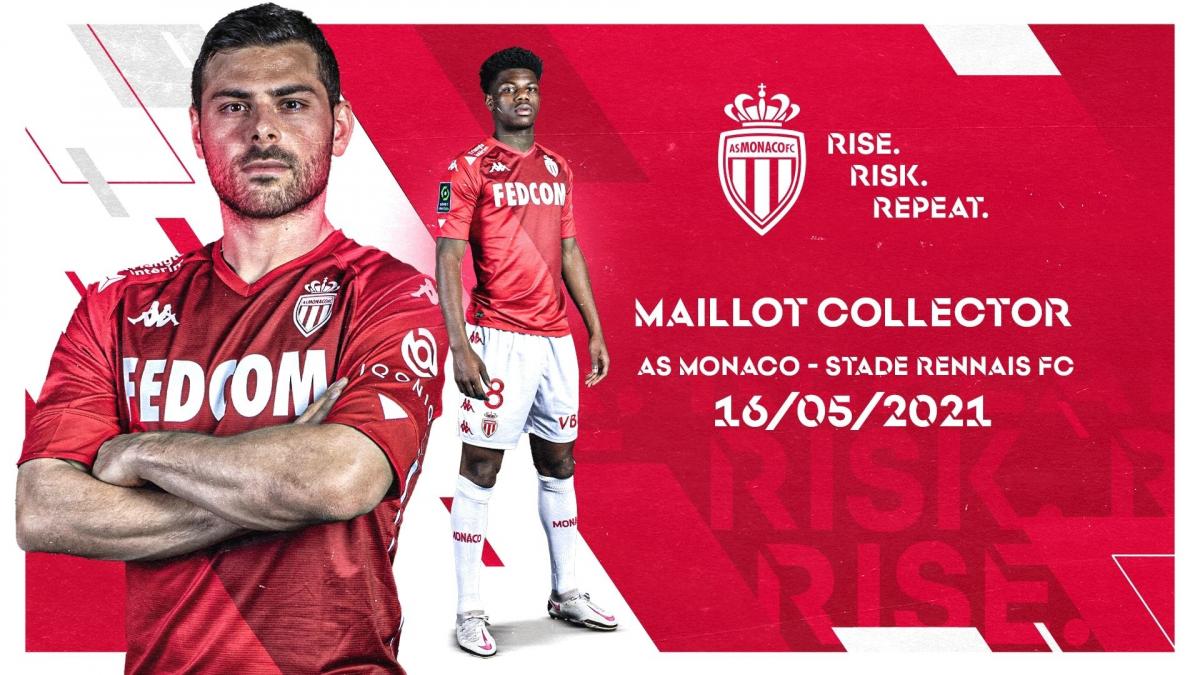 In its press release, AS Monaco announces that the brand is accompanied by a new graphic identity which will be visible on all club media. Dynamism and creativity are also at the heart of this new identity which incorporates the club’s main markers, including the famous diagonal.

Facing Stade Rennais this Sunday, the Rouge et Blancs will wear a collector’s jersey directly inspired by the new brand, making this decisive meeting a real event in its own right at the heart of this season. This new outfit entirely based on red with white flocking separates into two parts at the level of the diagonal which distinguishes two shades of red.

At the end of the match, jerseys will be auctioned for the benefit of the Mediterranean League to support amateur football clubs in the region.

France defender set to switch to Spain for Euro 2020